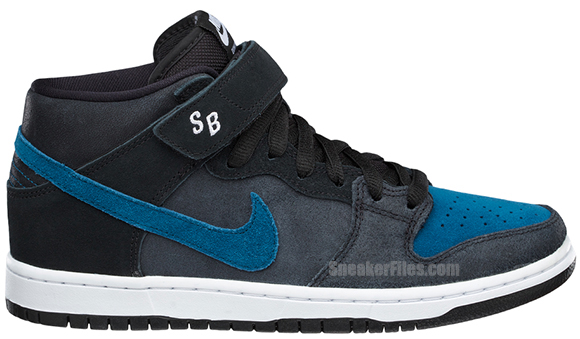 Our first look for 2015 from Nike SB lands on the Dunk Mid which comes in some pretty traditional colors. Not only do we have a detailed look they are expected to land at retailers in the United States this month.

Using a classic look, the SB Dunk Mids use a black leather upper mixed in with nubuck. Blue force lands on the swoosh and toe box. Finally the use of white is placed on the midsole and the Nike SB branding.

A specific release date for the Black and Blue Force Nike Dunk SB Mid isn’t available but will be landing at retailers this month. 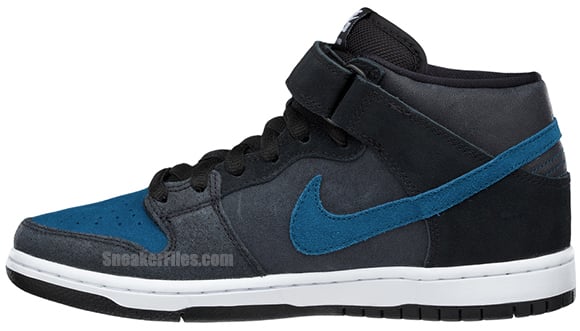