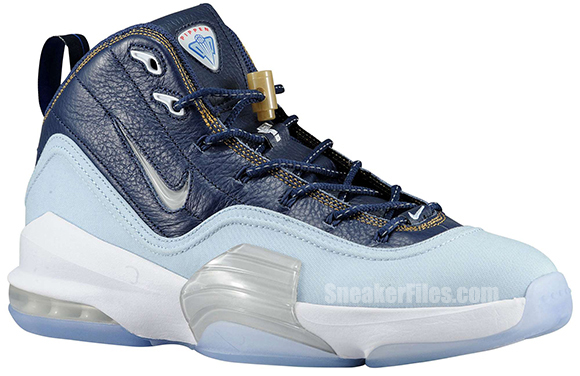 Scottie Pippen’s next model the Air Pippen 6 will debut soon but by far the most popular color scheme shown is a tribute to his time playing with the Chicago Bulls. We have a new pair to show you that will use a couple shades of blue amongst other colors.

This pair of Air Pippen 6 features midnight navy on the tumbled leather uppers as well as the tongue. A softer shade of blue wraps the leather around the toe box and above the midsole. White hits the midsole that is combined with a translucent blue outsole and smoke grey windows. For some added pop you can see gold stitching around the laces.

For now we don’t have a release date for the Air Pippen 6 Midnight Navy / White but we will update you once one leaks.