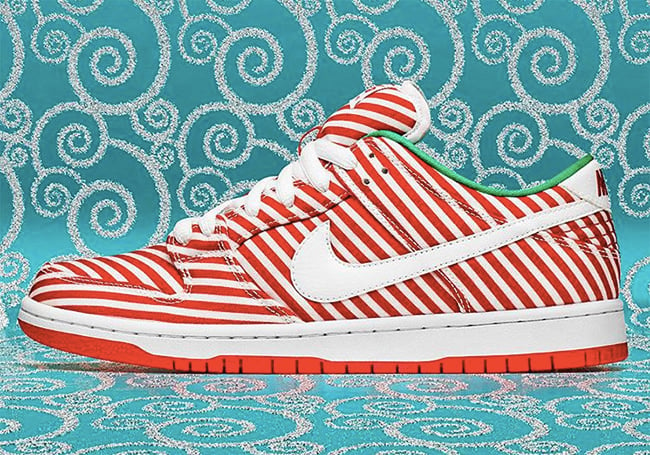 The wheels keep turning with the minds at Nike SB, a true example is the Nike SB Dunk Low Candy Cane 2015 edition which we now have our first look at.

Using a candy cane theme, the Dunk SB Low Christmas uses white and red stripes through the uppers resembling the holidays treat. Solid white hits the heel tab, laces and midsole while red dresses the outsole. Throwing a wrench into the mix is the use of green on the liner. While we all know green is associated with Christmas, it almost seems that a bigger picture will be painted with this pair. We will have to wait for word from Nike.

The Candy Cane Nike Dunk SB Low aka Christmas doesn’t have a release date just yet but if we had to guess, Winter 2015 would be a safe bet.

Update: The Nike SB Dunk Low ‘Candy Cane’ just released at NikeStore.com. For those that missed out on their size at Premier, Nike has a full size run available. 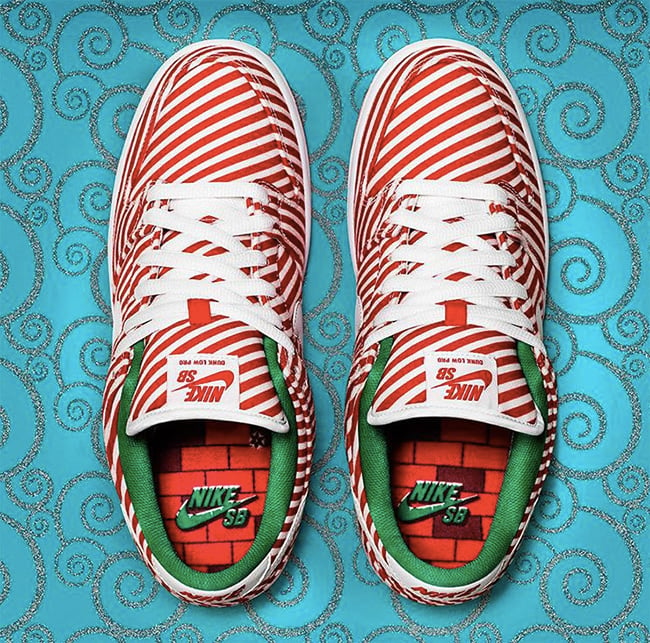 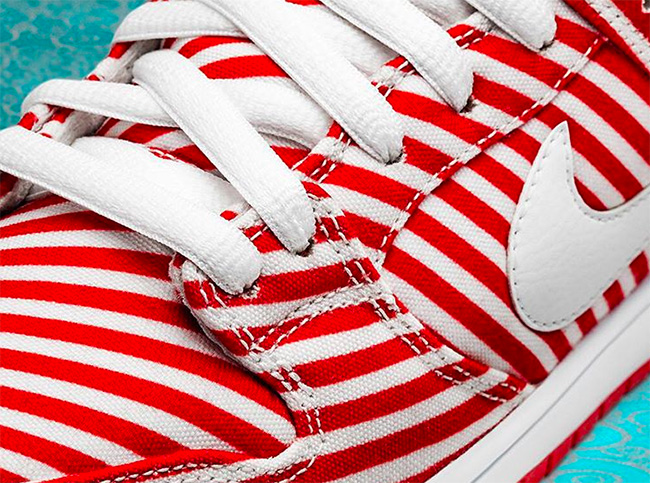 Update: It doesn’t look like the ‘Candy Cane’ Nike SB Dunk Low is an official Christmas release, or they have just released early. Either way, you can now pick them up at Premier for $100. 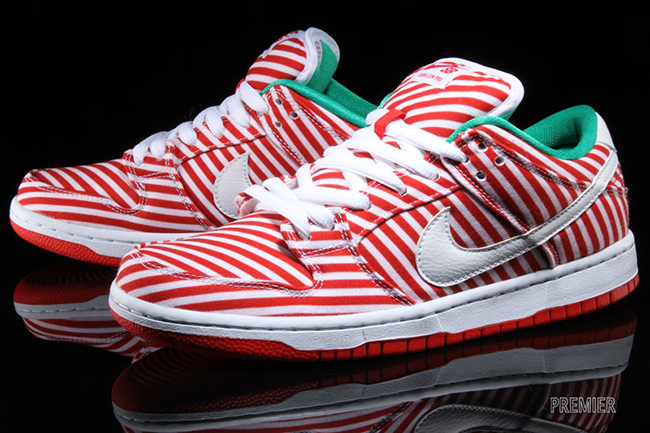 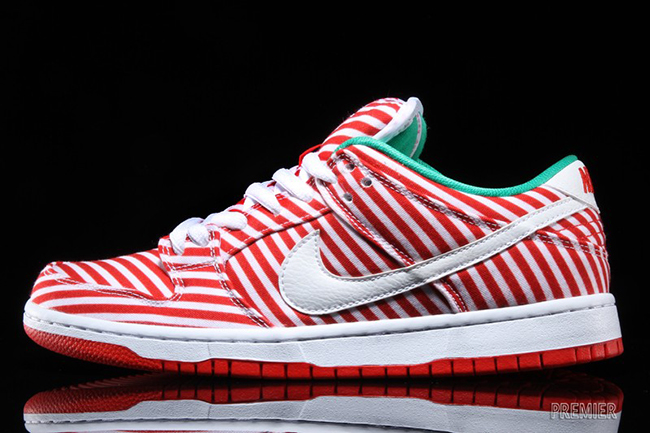 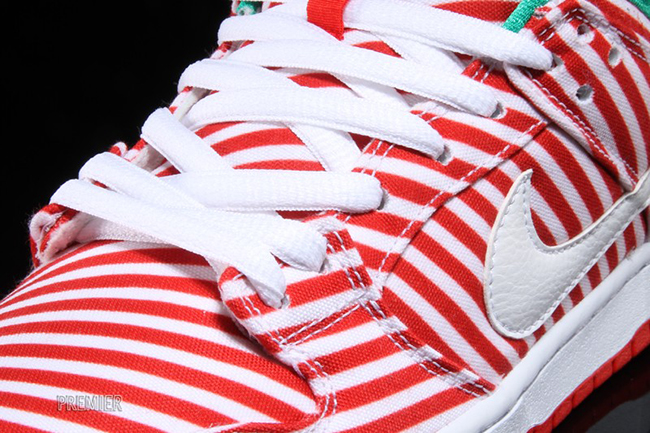 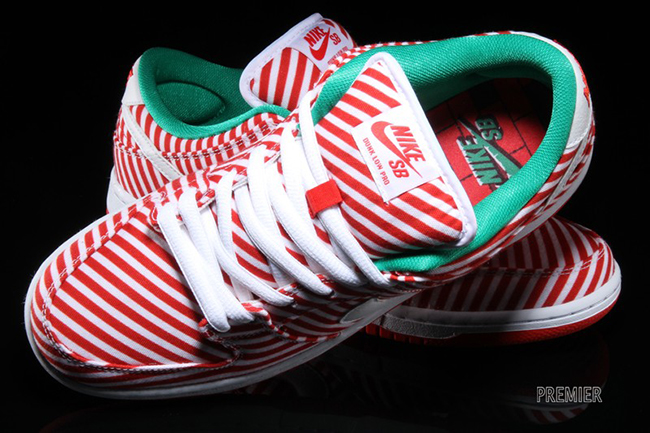 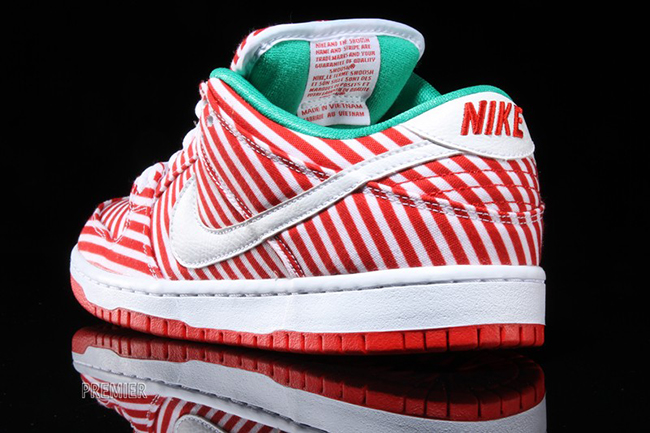 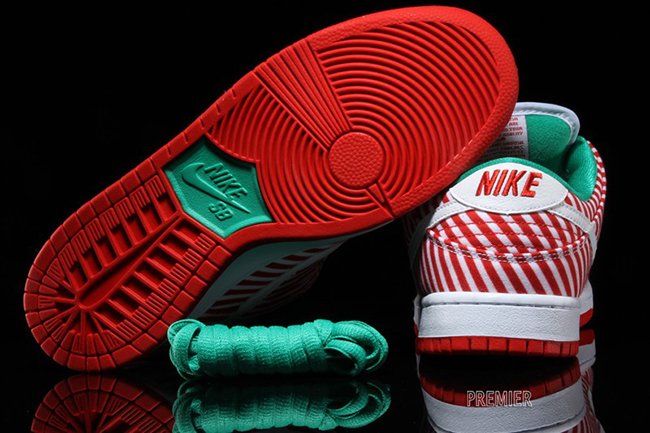 Update: After showing you an exclusive catalog scan of the ‘Candy Cane’ Nike SB Dunk Low, we now have a ‘first look’ from sneakerfiend5o4. 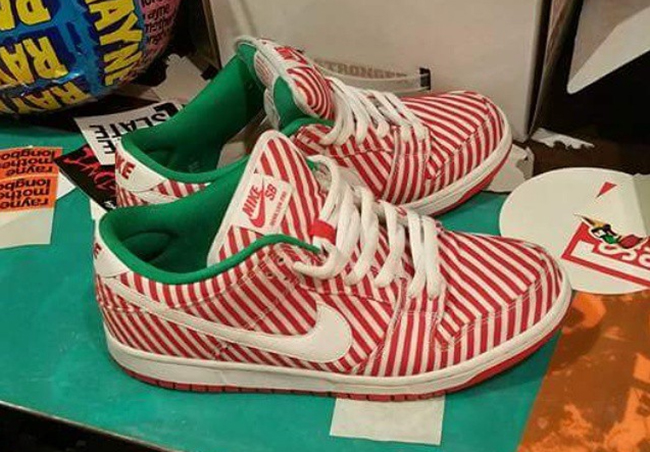 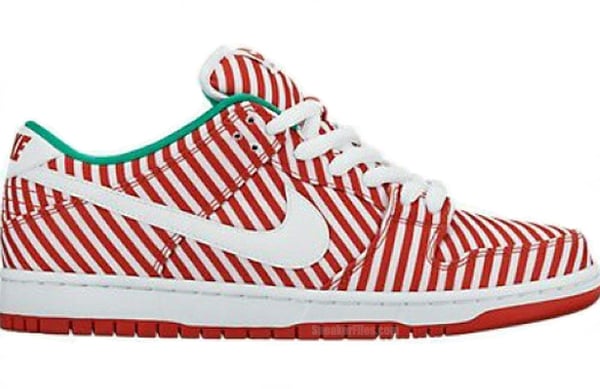