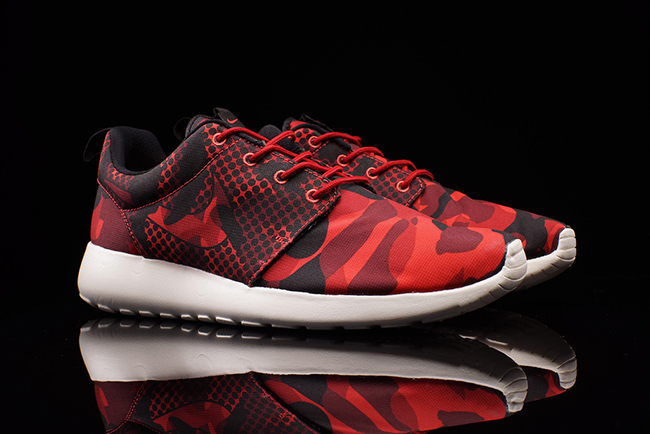 Nike continues to release the Roshe Run and why shouldn’t they? It’s only their best selling sneaker. Yet another pair is starting to show up, the Nike Roshe Run Print ‘Daring Red’.

The uppers use daring red, black, gym red and team red while creating a camouflage print, thus making them apart of the Print series from Nike. Apart from the graphic base, the liner and heel tab feature black while the midsole and sole are dipped in white.

The ‘Daring Red’ Nike Roshe Run Print has found it’s way to a select few Nike Sportswear retailers overseas, one of the first being Afew. Currently they have a handful of sizes available, but by chance they don’t have yours, other retailers as well as a stateside launch should be coming soon. 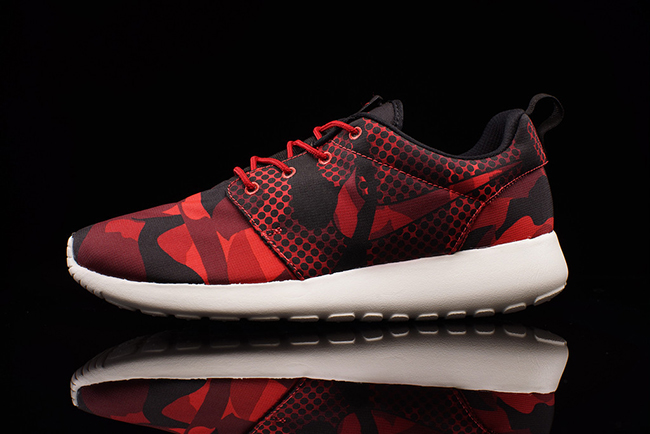 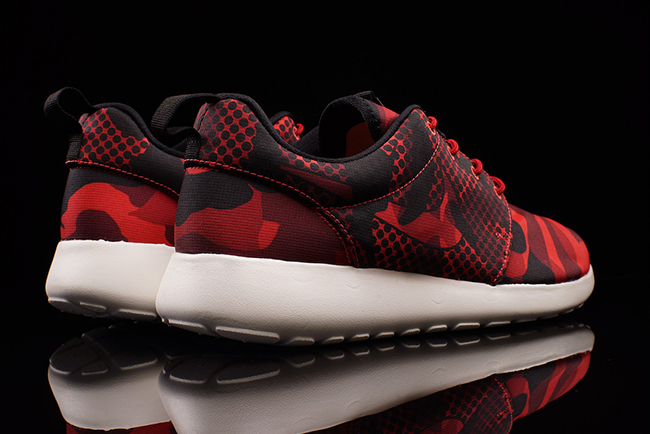 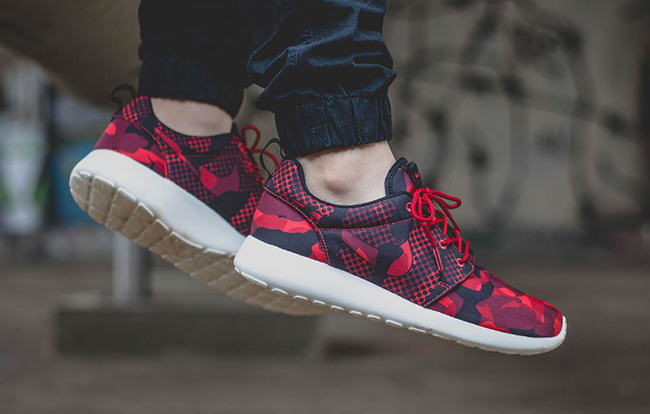 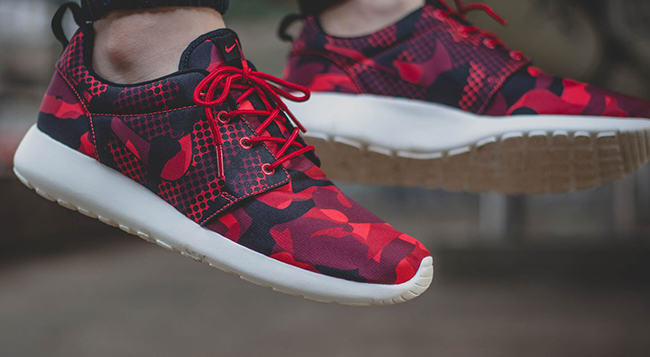 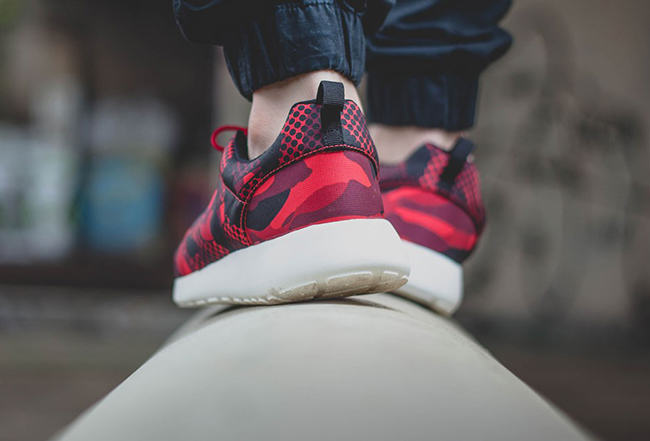