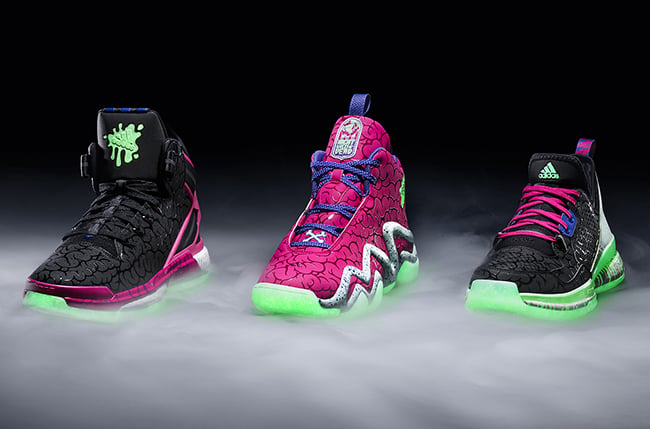 Crazy 8 ‘Ballin Dead’
Designed to show out in the dead of night, the Crazy 8 edition features an all-pink upper with a zombie brain print overlay. This adidas classic is hit with a slime green and purple splattered midsole, glow-in-the-dark outsole and three stripe branding paired with green drip graphics. Purple laces designed with glow-in-the-dark flecks are matched by purple mesh lining and pull tabs, while cross bones and a “Night of the Ballin’ Dead” graphic, both displayed on the tongue, lock this Halloween silhouette down.

D Lillard 1 ‘Ballin Dead’
The D Lillard 1 features a two-tone upper with core black hues and a slime green base running from heel to toe. A glow-in-the-dark midsole with pink splatter oozes to the outsole, while a reflective brain pattern overlays the dark silhouette. The pink lace system and heel pull tab contrast purple accents and glow-in-the-dark finishes.

Dame also delivered a Halloween-inspired #4BarFriday featured in the sockliner:

October 31st…the zombies coming out the dirt
Face mask cover skins the same way it covers hurt
A disguise for the day, be someone else for what it’s worth
A time to be who you would like for once on God’s Green Earth 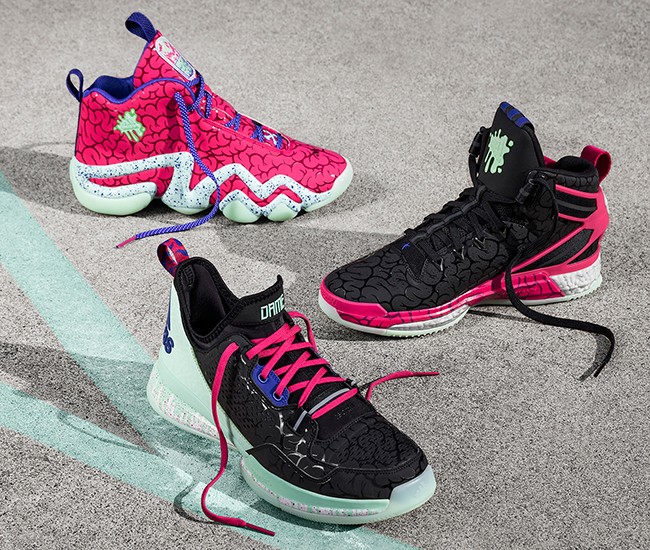 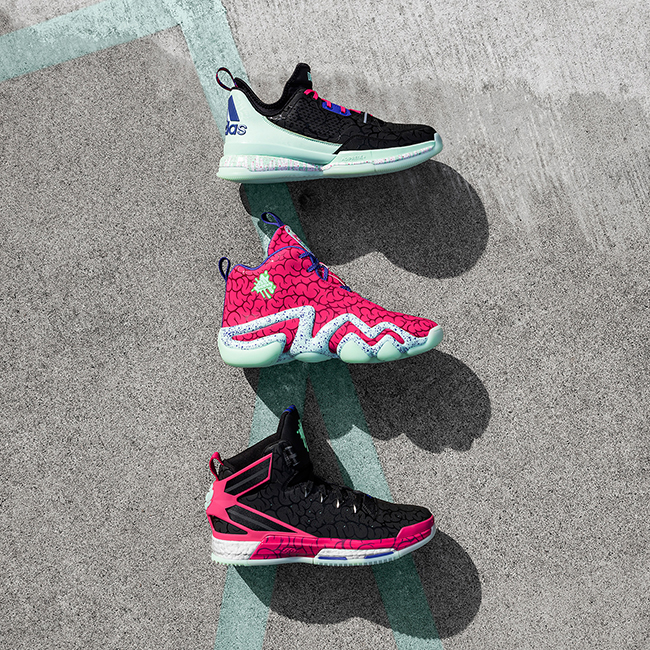 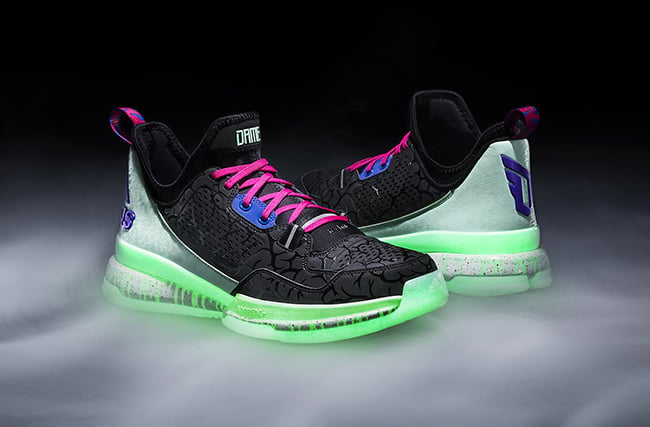 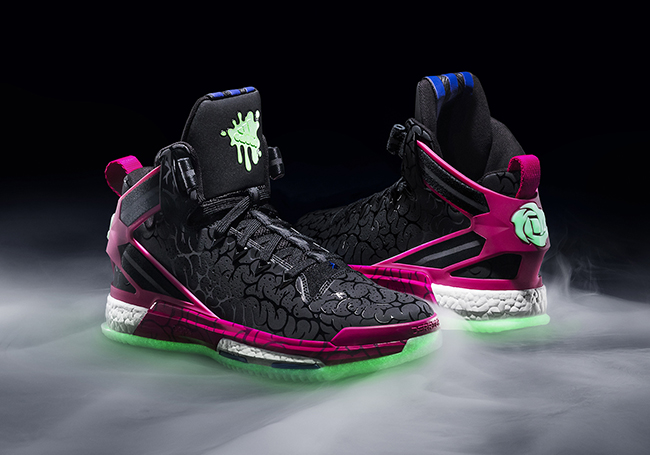