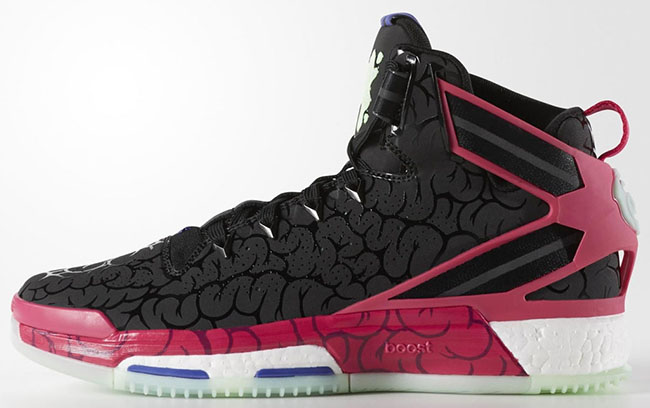 We are just over a month away from Halloween and adidas won’t be holding back on their Basketball signature athlete shoes. The adidas D Rose 6 Boost ‘Halloween’ we be part of a series known as ‘Night of the Ballin’ Dead’.

Also releasing apart of the ‘Night of the Ballin’ Dead’ series is the J Wall 2 which we previewed not long ago, the D Lillard 2 and Crazy 8.

For the D Rose 6 Boost, they use black through the base with along with a brain print throughout that also extends to the midsole. Following is a shade of pink through the heel counter and part of the midsole. Looking at the tongue, you will notice the adidas logo with a goo splatter around it. The final touch is glow in the dark used on the tongue, outsole, sole and Derrick Rose logo at the heel. Overall, a nice looking zombie theme by adidas.

As of now, a release date is not known for the ‘Halloween’ adidas D Rose 6 Boost aka ‘Night of the Ballin’ Dead’. We do anticipate a launch during the month of October. Make sure to check back for more details. 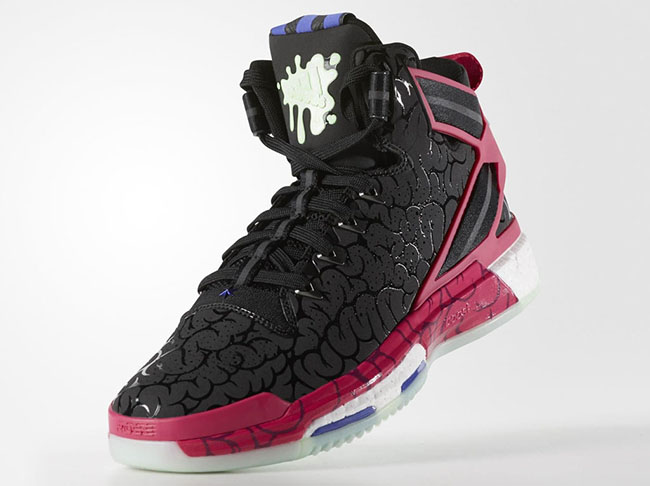 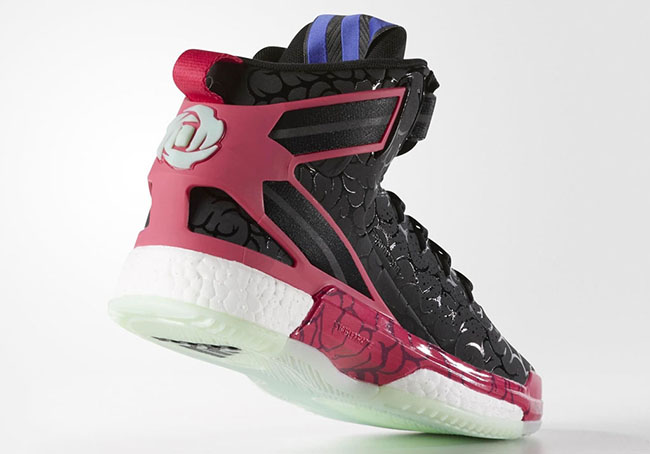 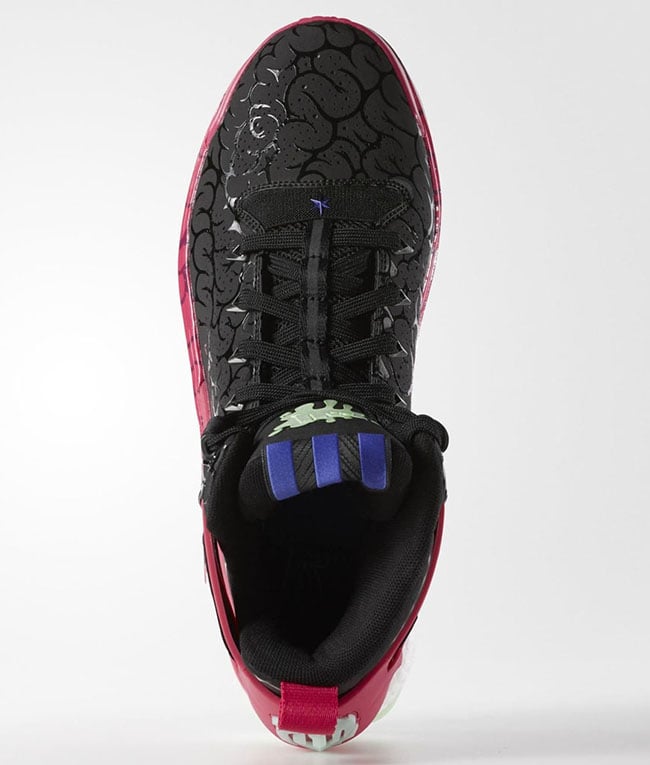 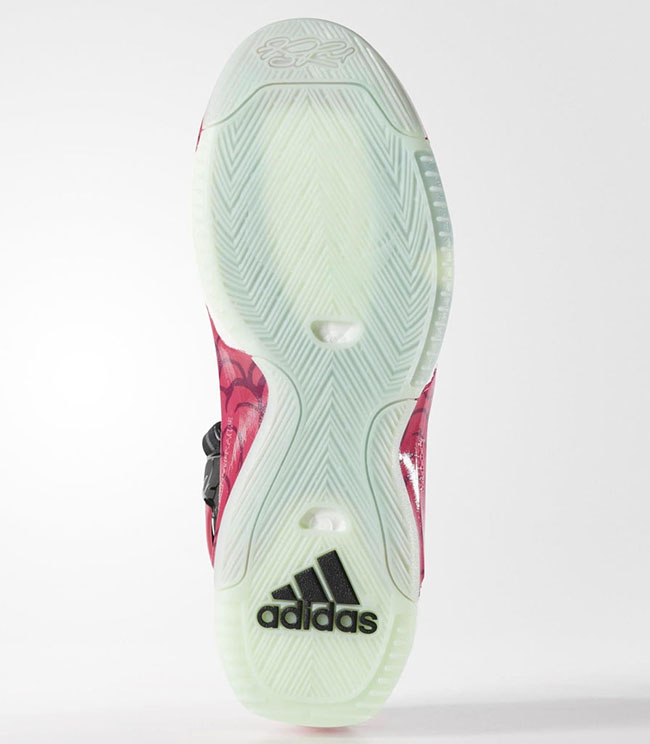