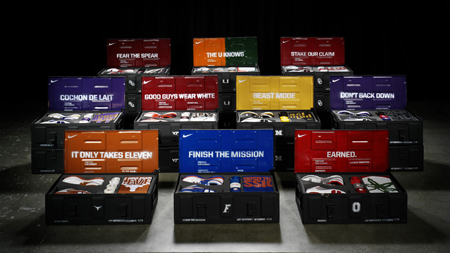 Although Nike is a proven leader in lifestyle shoes, they still began as an athletic brand. That’s why it’s no surprise that Nike teamed up with ten different college football programs to create a College Football Pack to go along with the release of the new Nike Pro Combat uniform, which is the lightest football uniform ever made. The pack consists of special combat style cases which feature the school name and logo, date stamp for each game, university mantra, graphics, global coordinates of each home’s stadium, and individual numbering. And all that was only for the case. The contents within the case include a special pair of Nike Air Trainer 1s in each team’s collegiate colors, along with a matching t-shirt, athletic tape, and other athletic goods. Nine packs were released for each of the ten colleges, including Texas and Florida State, making a total of ninety packs available at 21 Mercer on Friday, November 27th. What better way to show your college pride than by copping these super limited packs? 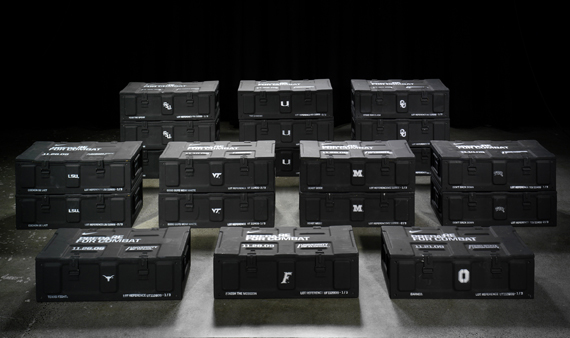 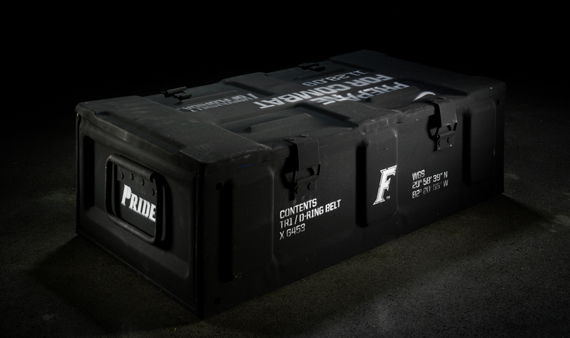 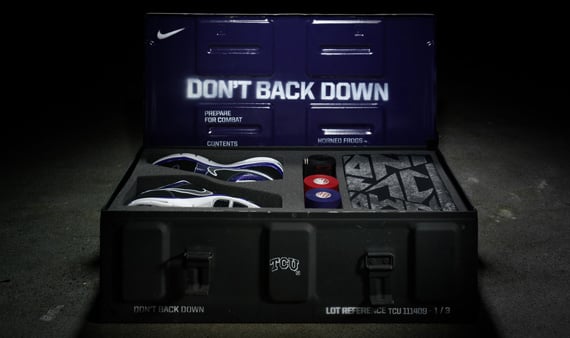 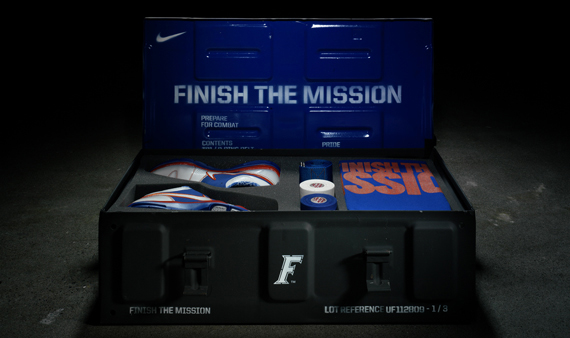 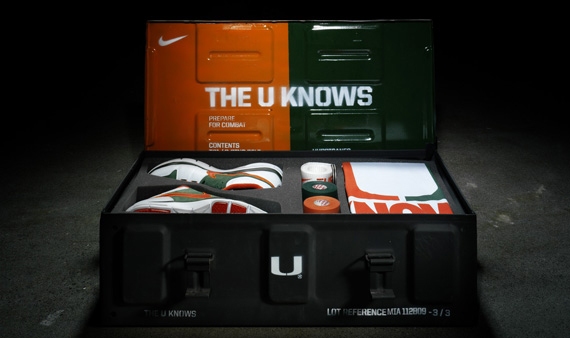 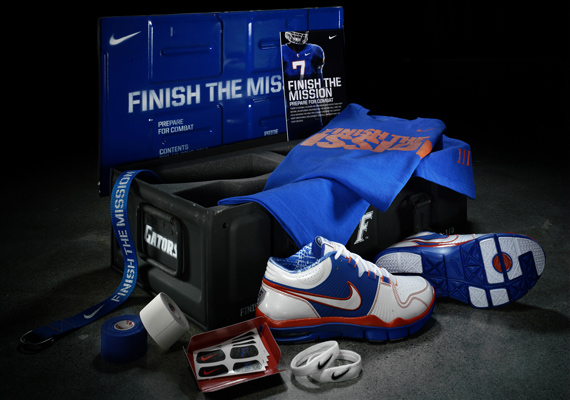