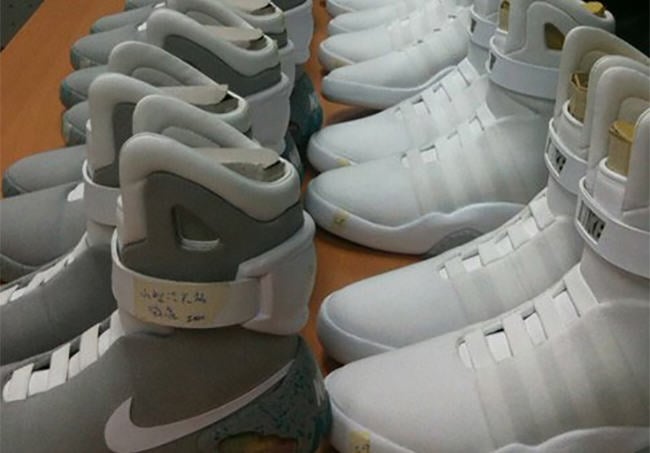 Did you know before the Nike Mag released in 2011 that the brand actually made samples? Doesn’t seem to farfetched as it’s usually apart of the process before a shoe actually releases. What is odd though is the sample pair that was created was a White Nike Mag.

Leaking this image today was Nick DePaula which shows an army of Nike Mag’s including the white sample. As you can see the shoes sport an all white base with hints of gold.

We honestly don’t foresee the White Nike Mag to actually release. We feel that the people at Nike will make sure if the Air Mag does release again even after 2015, the will come in it’s original state as far as colors are concerned. Are you a fan of the white sample? We know in the past various colors were customized but not actually produced by Nike. Nevertheless, what would you feel if a brand new colorway launched for the Nike Mag? 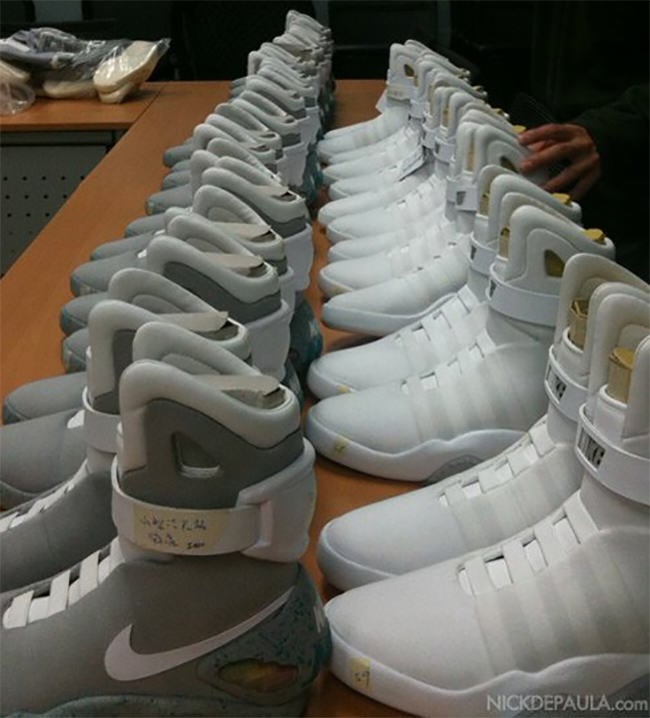 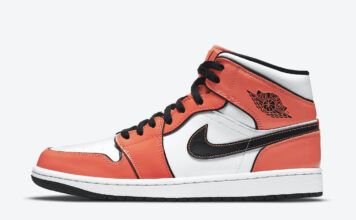