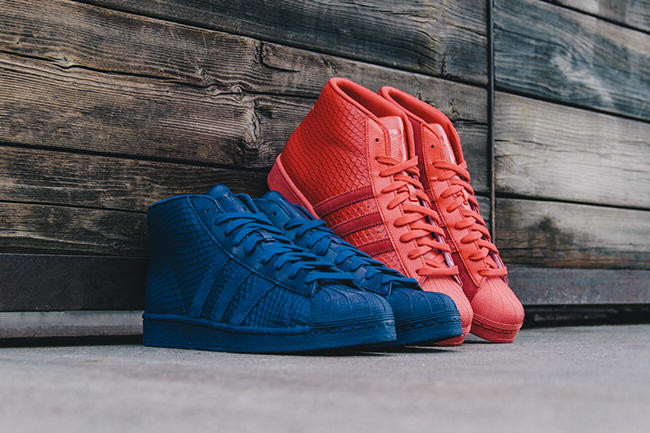 The adidas Pro Model is without a doubt a classic but we don’t see releases all the time like some of their other models. Today that has changed with the introduction of the adidas Originals Pro Model ‘Snakeskin’ Pack.

Two pairs of the Pro Model make for the Snakeskin pack. An all red pair which is known as ‘Tomato’ and a blue which is being called ‘Oxford Blue’. Highlights on both feature a leather embossed snakeskin print through the uppers and suede landing on the three stripes branding.

Both the Tomato and Oxford Blue adidas Originals Pro Model forming the ‘Snakeskin’ Pack are now starting to release at adidas retailers stateside. Sizes are loaded and ready to shop via WishATL, although they are starting to get low on the Oxford Blue pair. Retail price is set at $100 each.