The Self Lacing Nike MAG has officially been unveiled by the brand and won’t release until Spring 2016 via auction. Many of us expected this, however there was still hope with today being Back to The Future Day.

The pair that Michael J. Fox received is known as the 2015 Nike Mag which through a string of social media updates finally posted a video showcasing how they work.

According to Nike, the Nike Mag 2016 ‘Power Laces’ actually senses the motion and adapts according to comfort and support. On a side-note, it seems that Nike is testing the power lacing system on other shoes across different sports which we could see in the near future.

Although Nike is calling them the 2015 Nike Mag, the shoes won’t actually release until Fall 2016. Furthermore, this won’t be your typical launch. You won’t be able to purchase them on NikeStore.com but buy tickets to enter a raffle. Proceeds will go to the Michael J. Fox Foundation for Parkinson’s Research. See below for more images and check back with us for additional details.

The Nike Mag 2016 is a raffle release which you will have to buy tickets to enter. Each costs $10 and there isn’t a limit to how many you can buy. Limited to 89 pairs, the raffle started on October 4th and will run until October 11th, 2016. Winners will be contacted on October 17th, 2016. Sizes available are 7, 9, 11, and 13 but if you fall in-between a size range, Nike says you should size up. Visit mag.rallyup.com to enter.

Michael J. Fox posted a video of the self lacing Nike Mag. According to the video there are buttons placed on the inside of the tongue which will tighten, loosen and even turn the lights on and off. (Full video can be seen on the Michael J. Fox Foundation for Parkinson’s Research FaceBook Page) 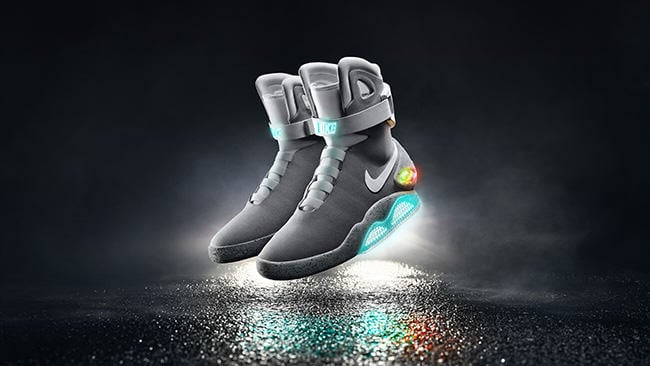 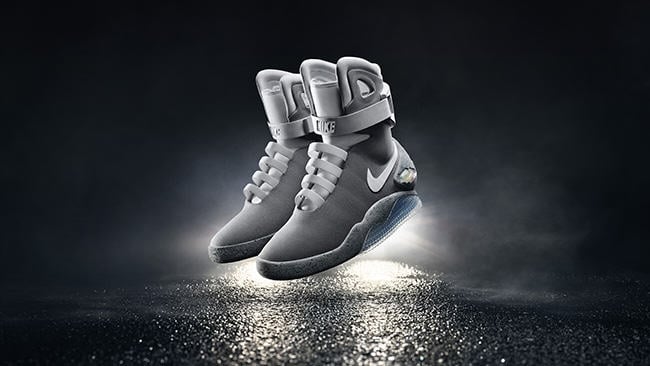 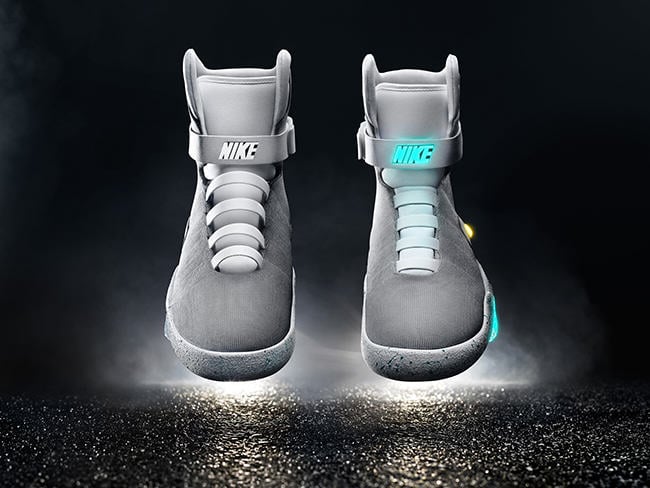