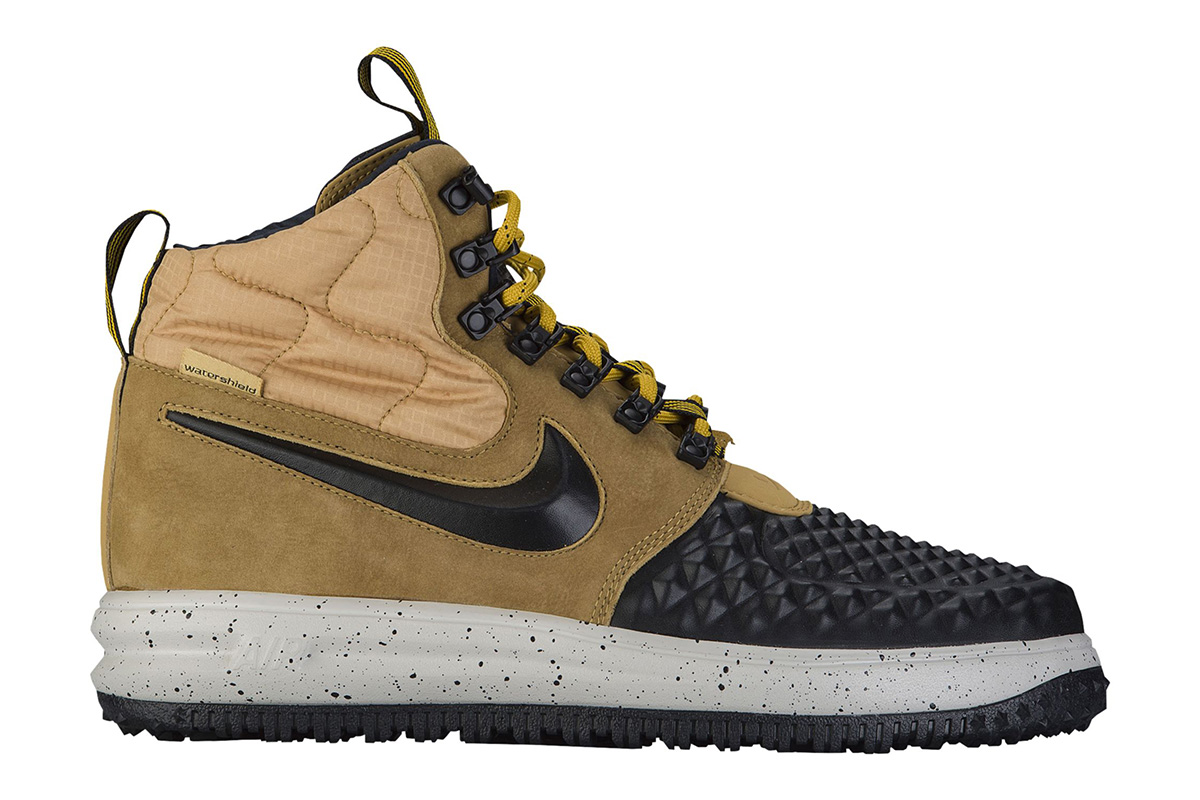 We recently provided a preview of the upcoming Nike Lunar Force 1 Duckboot 2017 which featured Olive. The good news is that we will have additional color options releasing and today we have a preview of two upcoming releases.

The overall look of this Nike Air Force 1 High resembles that of the previous release but with a few upgrades to combat against harsher weather. Constructed with a studded diamond embossed rubber pattern on the toe, nylon lands by the collar while leather is seen on the panels. Other details include D-Ring eyelets, Jewel Nike Swoosh and a rugged outsole.

Below you can check out a few more images of both Nike Lunar Force 1 Duckboot releases for 2017 which will give you a better look. At the time of writing, a release date has yet to be announced nor a retail price, however you can expect additional colorways to debut as well. Make sure to check back with us for updates. 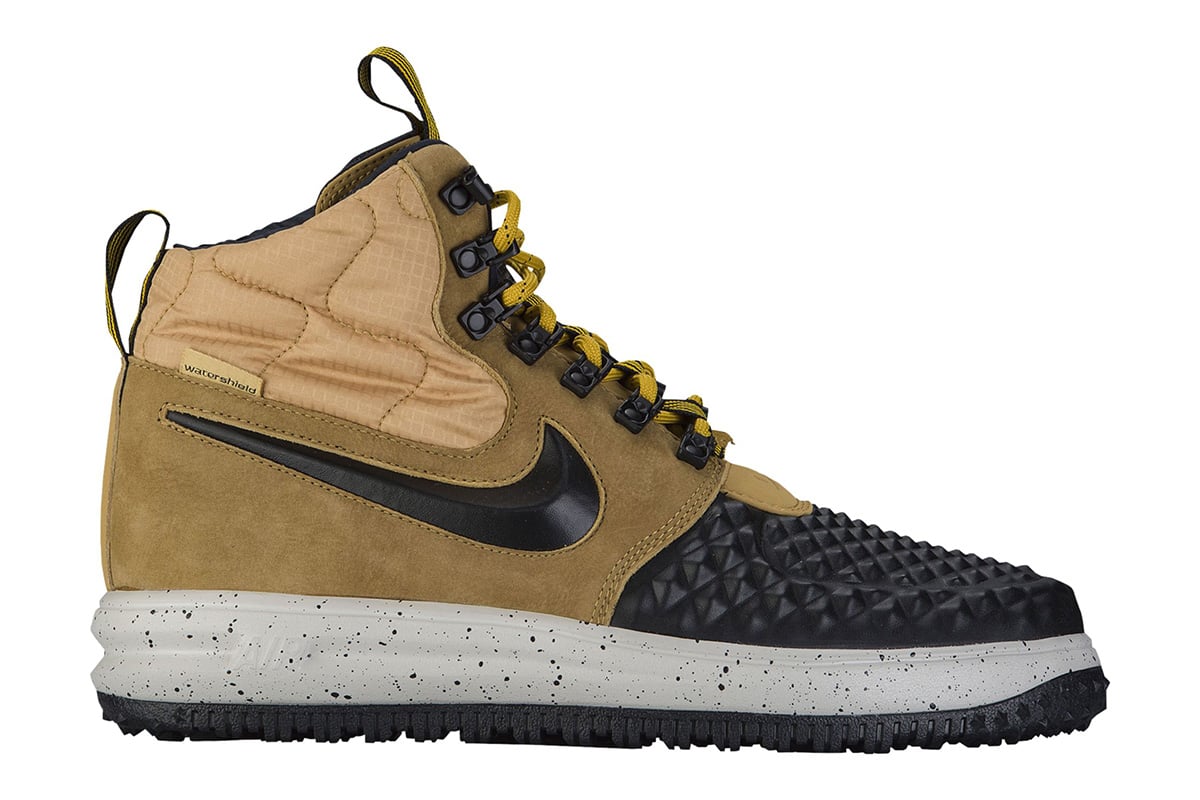 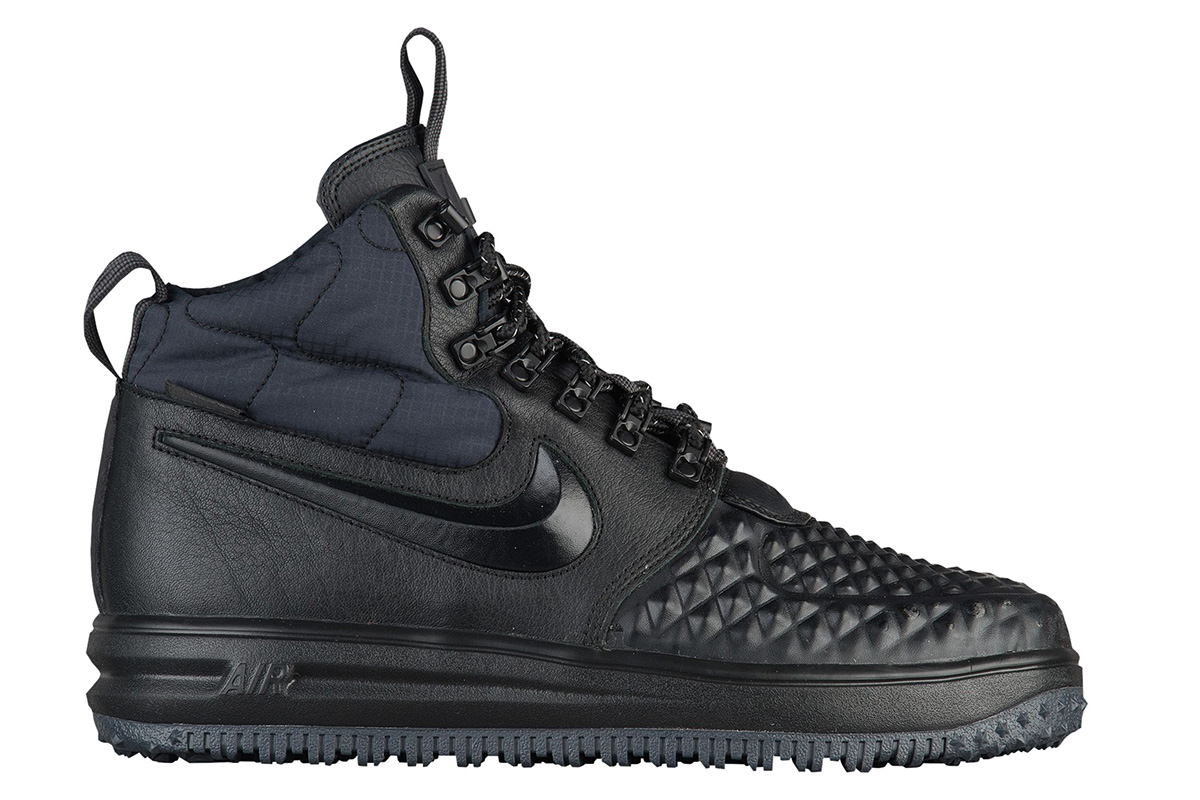