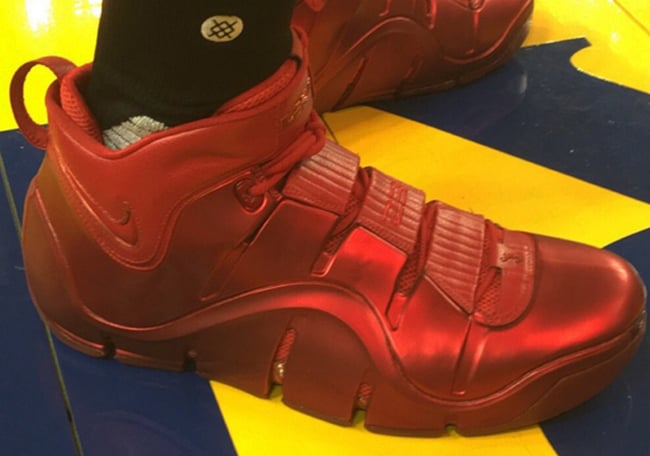 LeBron James continues to bring out older models from his signature line during the NBA Finals practice. Recently we saw him bring out the Nike Air Zoom Generation and now he brought out the Nike LeBron 4 Red NBA Finals PE.

The Nike LeBron 4 originally released back in 2006 and he was spotted rocking the All Red pair during practice at Oracle Arena which the Cleveland Cavaliers are getting ready for Game 2.

Probably the best part of this is not only do we have images of the Red Nike LeBron 4 Finals PE, but we have a short video clip of King James playing in them. For a shoe that’s 10 years old, they appear to be holding up nicely on the court.

With LeBron bringing out older models from his signature line, it has many questioning if we will start seeing Retro releases. While that information is unknown, we will make sure to update you with details once available. For now you can check out additional images and a video of the 1 of 1 exclusive LeBron 4. 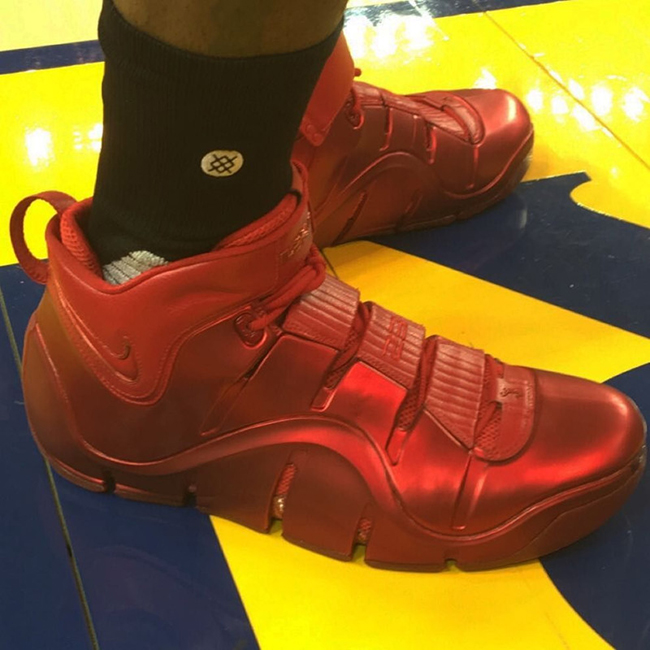 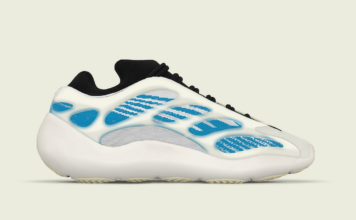