HomeNikeCustomizer Imagines What a Nike LeBron 13 Low Would Look Like

Customizer Imagines What a Nike LeBron 13 Low Would Look Like 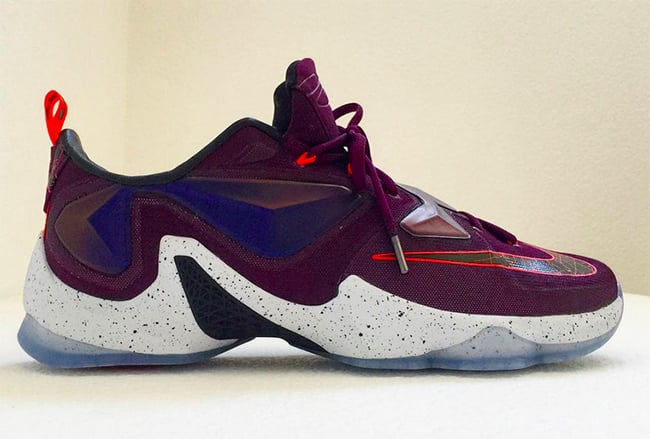 The first Nike LeBron 13 to release is the ‘Written in the Stars’ edition. This will take place this weekend, however some people with early access to the shoes have already picked them up. This has lead to one customizer making a Nike LeBron 13 Low Custom.

Using the ‘Written in the Stars’ Nike LeBron 13, customizer JW Danklefs simply cut down the collars construction to transform them into low tops. No extra colors or graphics were added making this a re-imagination of what’s to come in the future.

Only the single image of the Nike LeBron 13 Low ‘Written in the Stars‘ custom was provided, but it’s simply enough to show what the artist did. While the official LeBron 13 Low will more than likely look nothing like this, how many of you would actually cop this pair if released?