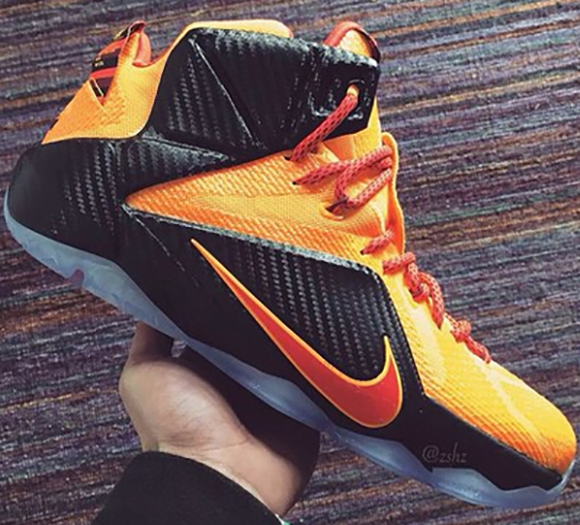 With the 2014-15 NBA Season almost over and the Cavaliers heading to the playoffs, LeBron will celebrate going home with the LeBron 12.

Being called ‘CLE’, short for Cleveland, the Nike LeBron 12 megafuse mesh uppers feature gold and orange. Red appears on the swoosh, laces, heel and liner while the hyperposite wing is done up in all black with a carbon fiber like pattern overlay. Just like most 12s, the CLE model also uses a translucent sole giving them a clean look.

While a specific release date has yet to be announced for the CLE Nike LeBron 12, we have heard they should hit retailers this June. 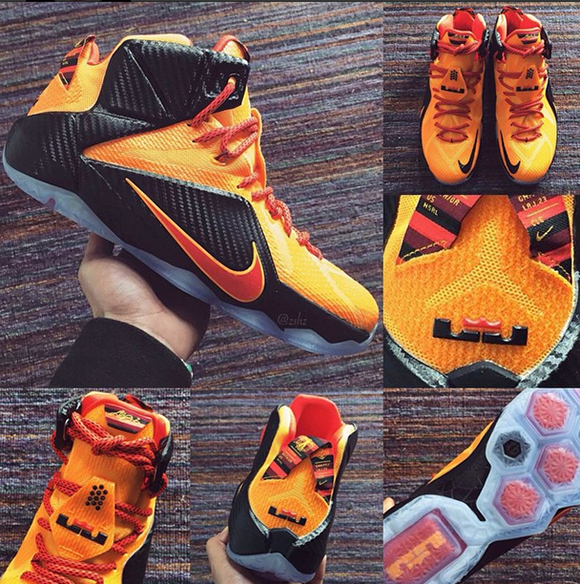