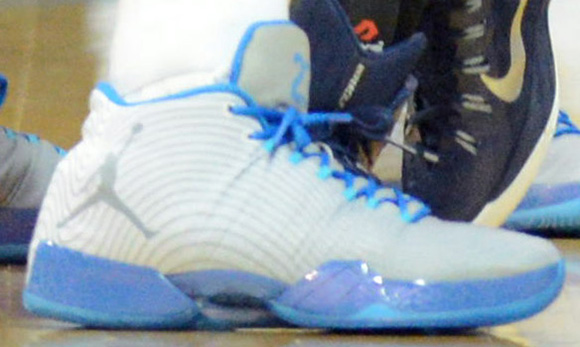 Yesterday we announced Jordan Brand would release two Air Jordan XX9s that would be known as the Playoff Pack. They actually won’t release together, but separately. After viewing the Away model, we now have a preview of the home.

The Home Air Jordan XX9 Playoff Pack comes with a white upper and once again the wave pattern is used. Cool blue and photo blue land on the midsole, laces, liner and 23 on the tongue. From the image, it looks like grey is used on the tongue but from the color description, there is no mention.