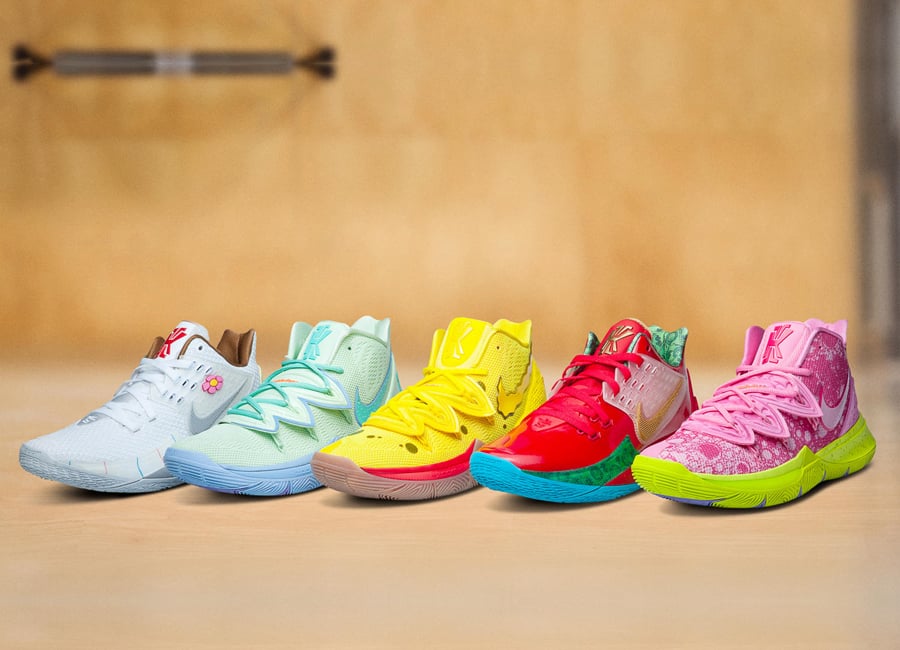 The Nike Kyrie 5 ‘SpongeBob’ is one of the next releases using the Kyrie 5 and is expected to launch this Summer.

This pair marks the second tv inspired Kyrie 5 to release with the first being the ‘Friends’ edition. The overall look takes the same theme from Nickelodeon’s SpongeBob SquarePants.

SpongeBob, Patrick Star, Squidward Tentacles, Mr. Krabs and Sandy Cheeks all have their own iteration of the shoe built off their unique characteristics. The star of the show, SpongeBob, has a version featuring a porous bright-yellow upper with a brown and red sole symbolic of his everyday outfit. The lovable best friend Patrick Star is known for his cheery pink coloring and green tonal shorts, both of which are represented in his shoe. In Squidward’s, his recognizable seafoam green coloring is prevalent and his typical callous expression can be found inside the heel. Mr. Krabs and Sandy both have low versions of the shoe, incorporating their signature colors and styles.

Looking closer this Nike Kyrie 5 features Yellow across almost the entire upper for SpongeBob’s body while White and Red land on the midsole for his shirt and tie. The Gum rubber outsole is for his pants. Other details includes a squiggly Swoosh on the panels and the Nickelodeon logo on the shroud which completes the look.

You can expect the SpongeBob x Nike Kyrie 5 Pack to release at select retailers and online at Nike.com on August 10th. Retail price is set at $130. For now you can check out a large image by scrolling below. 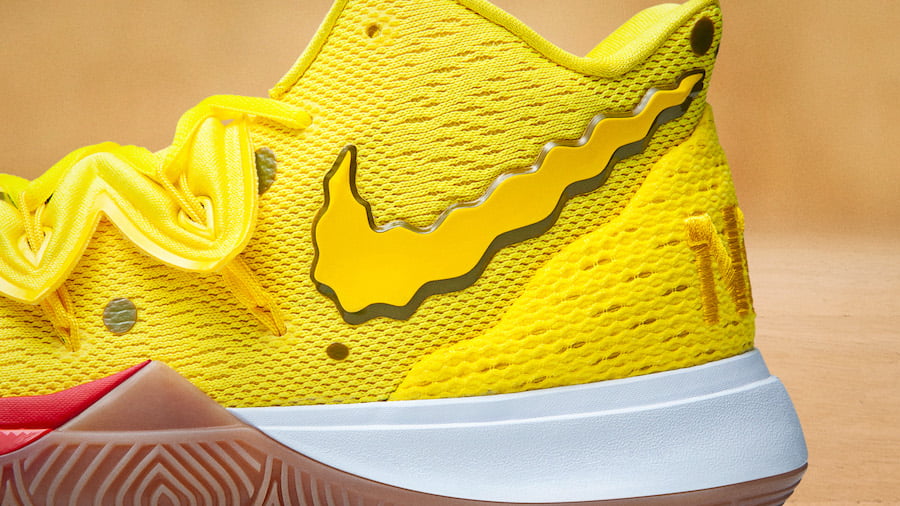 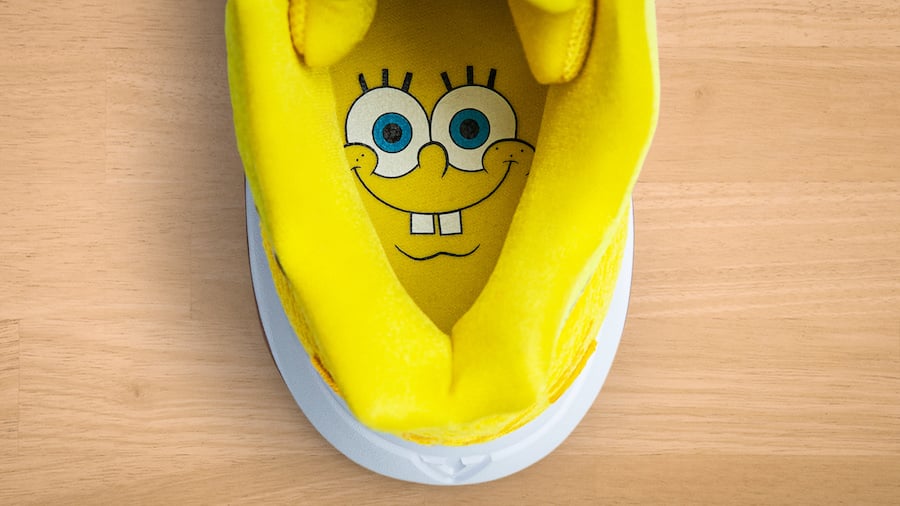 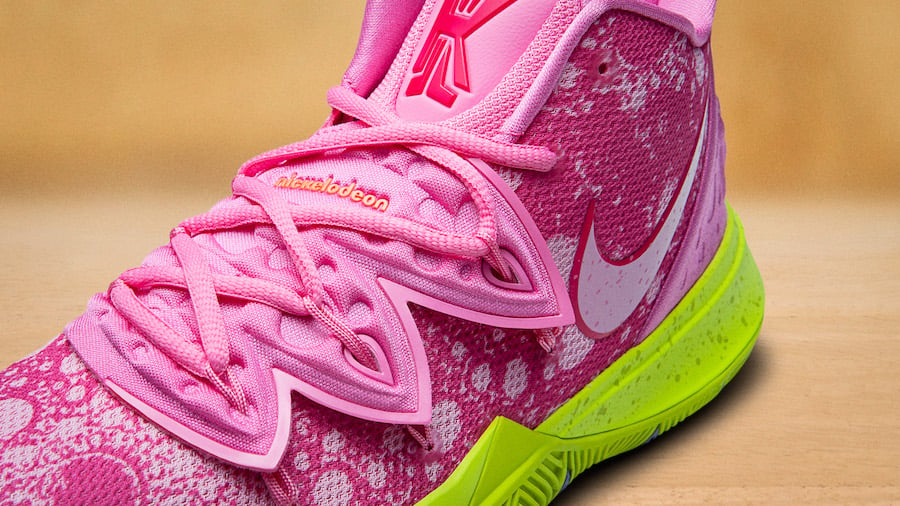 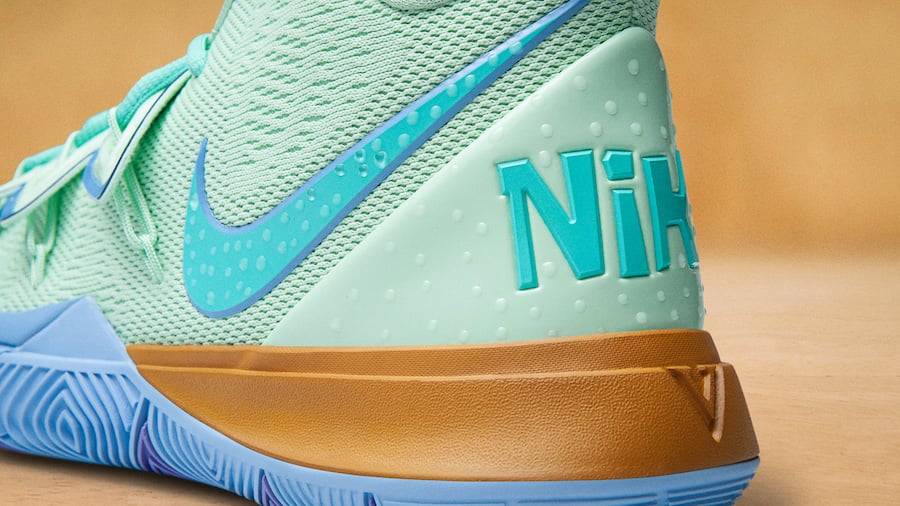 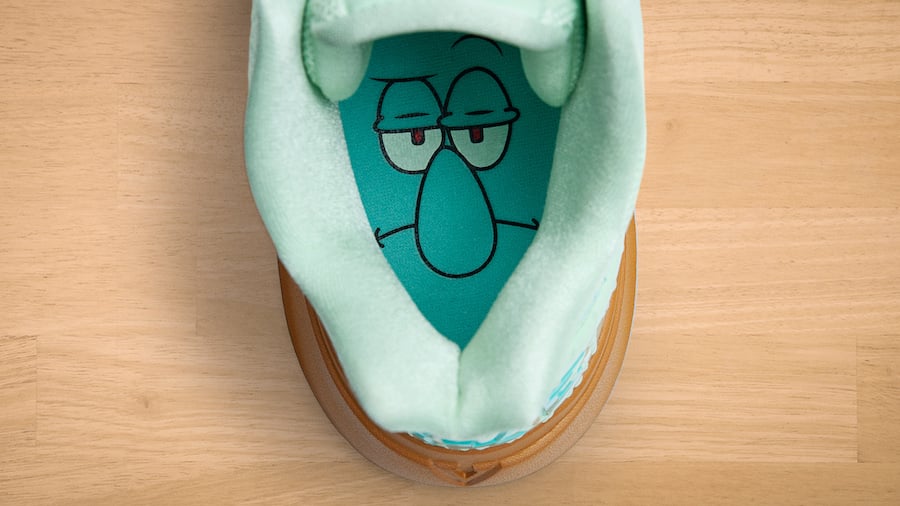 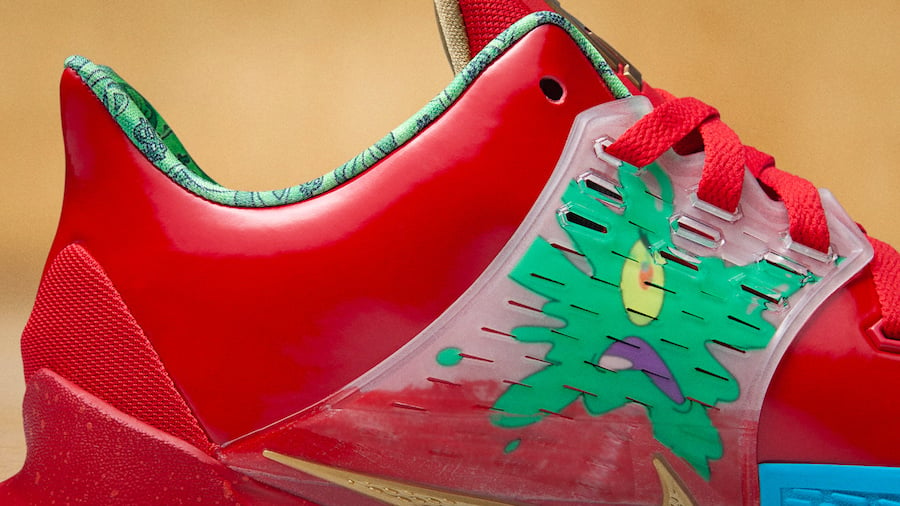 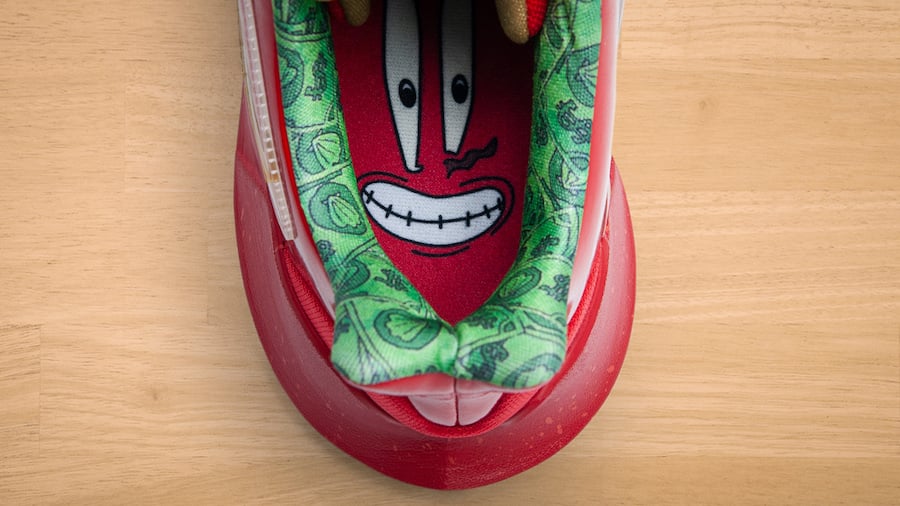 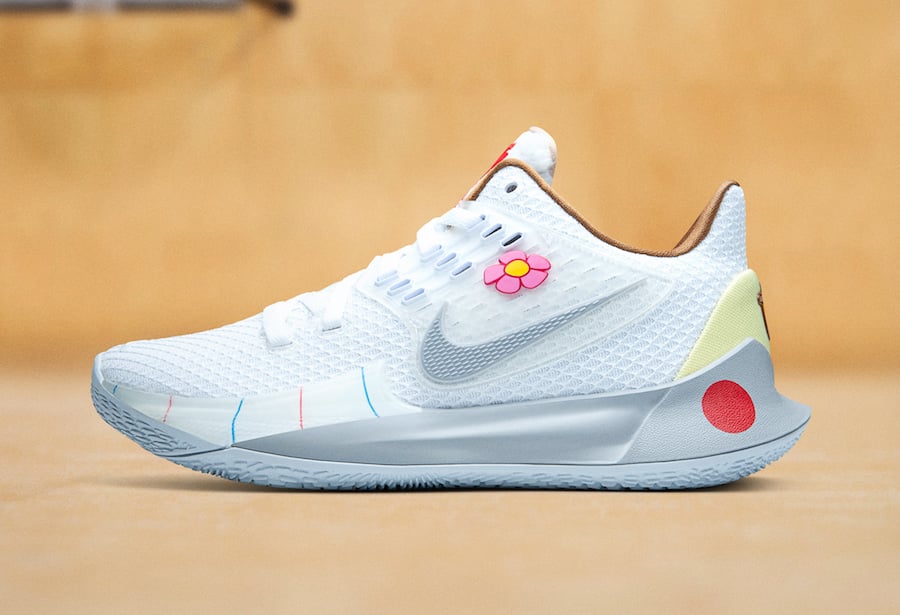 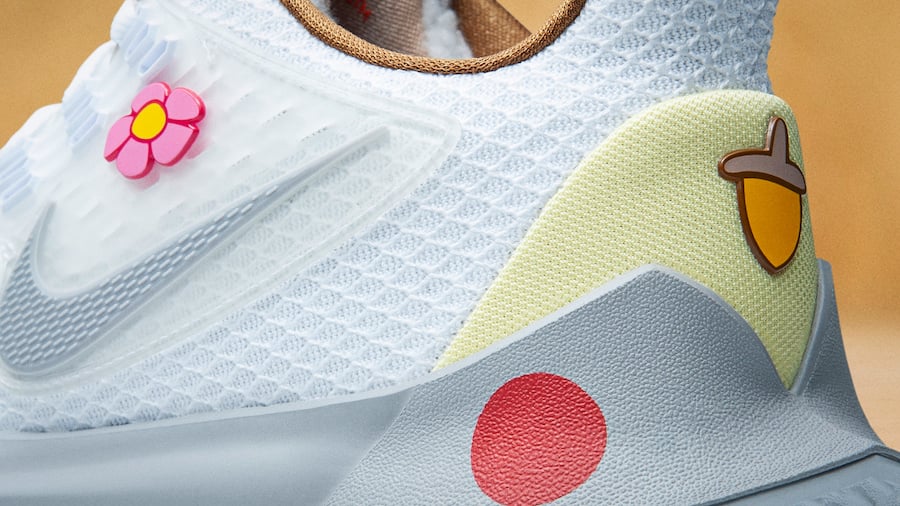 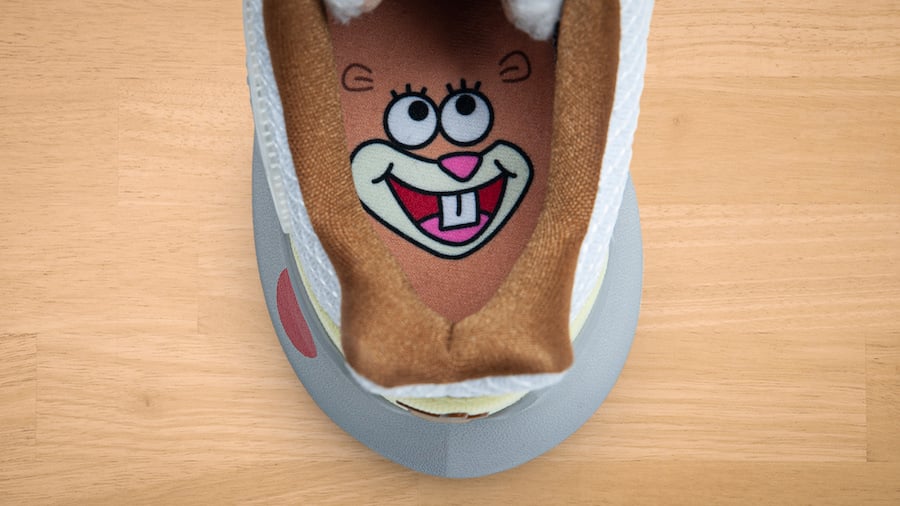 Update 7/19: Official images of the Nike Kyrie 5 ‘SpongeBob’ and ‘Patrick Star’ has arrived. The two will release on August 10th for $130 each. 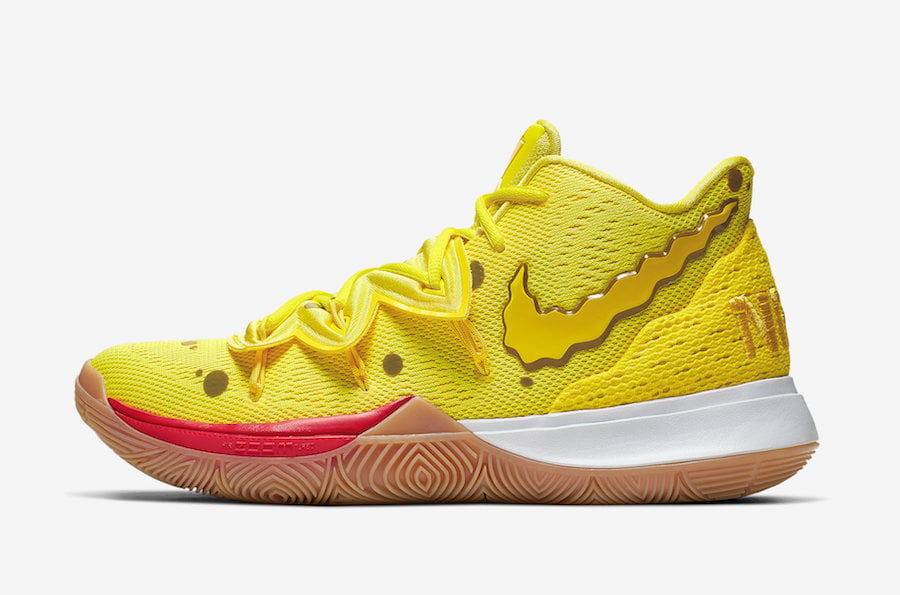 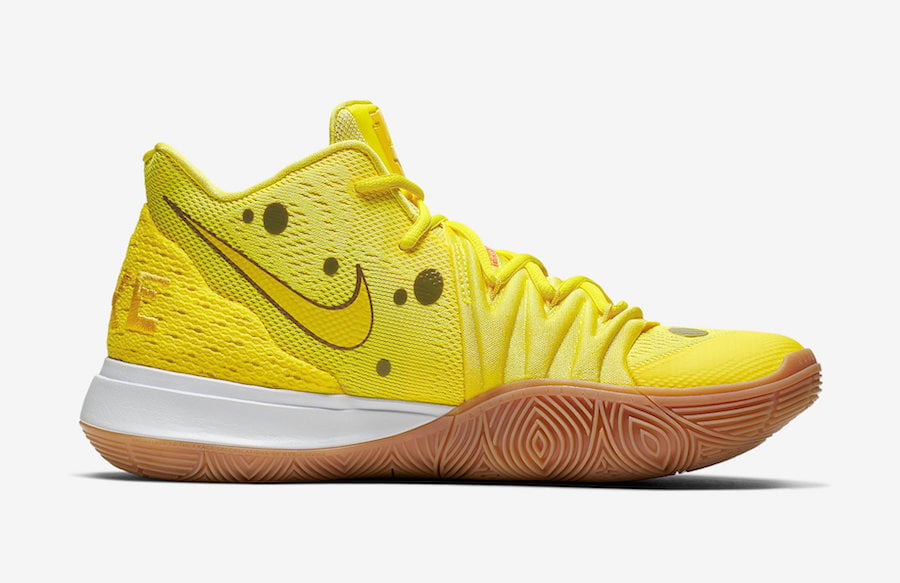 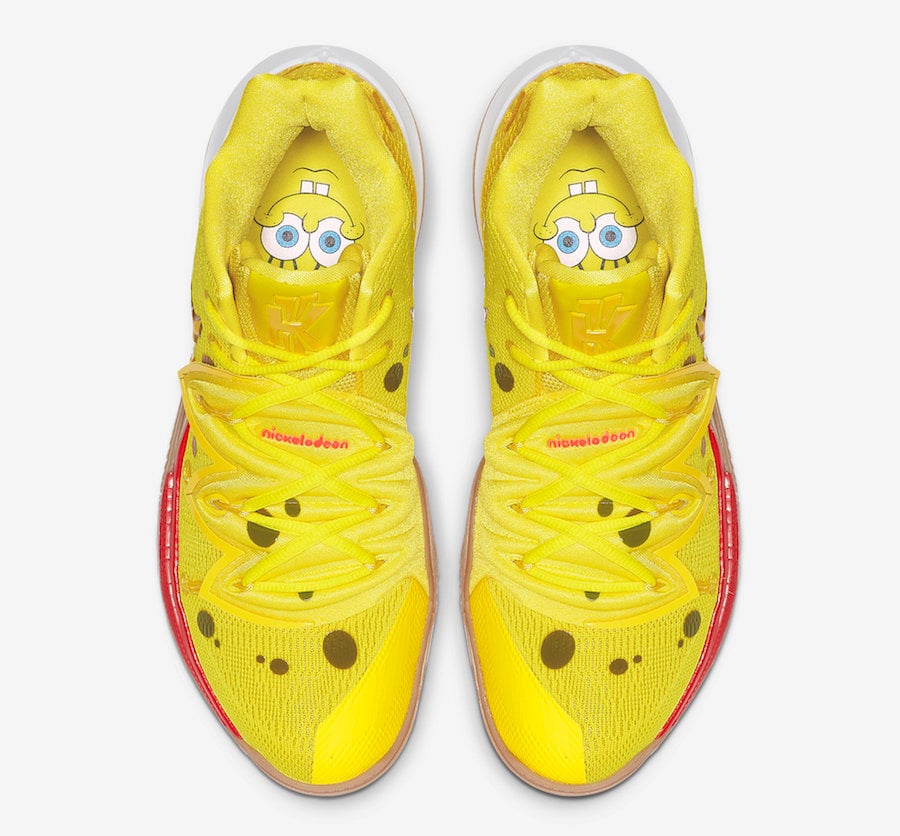 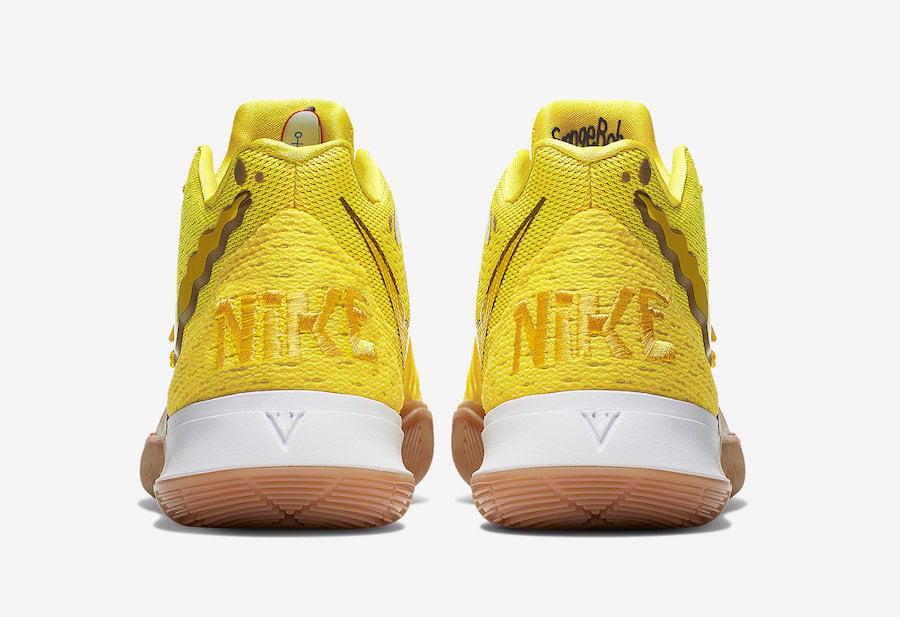 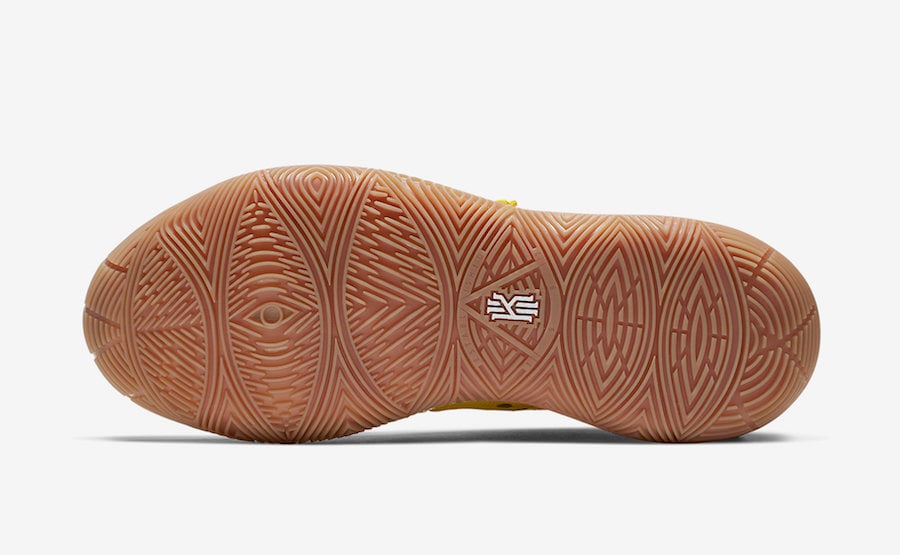 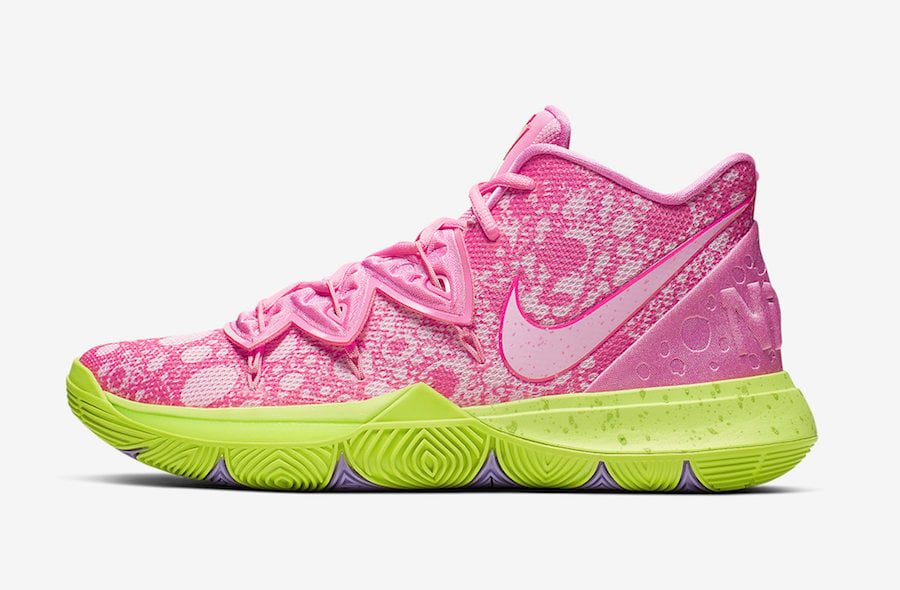 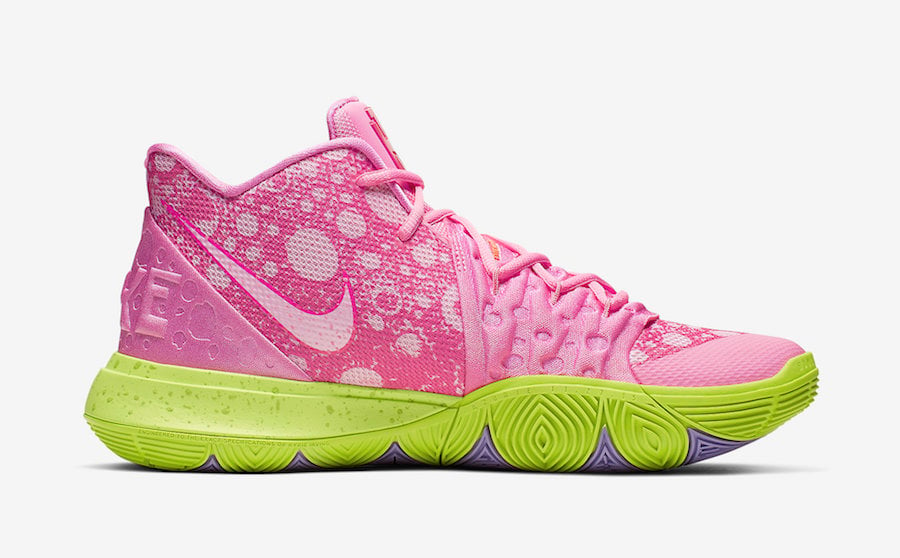 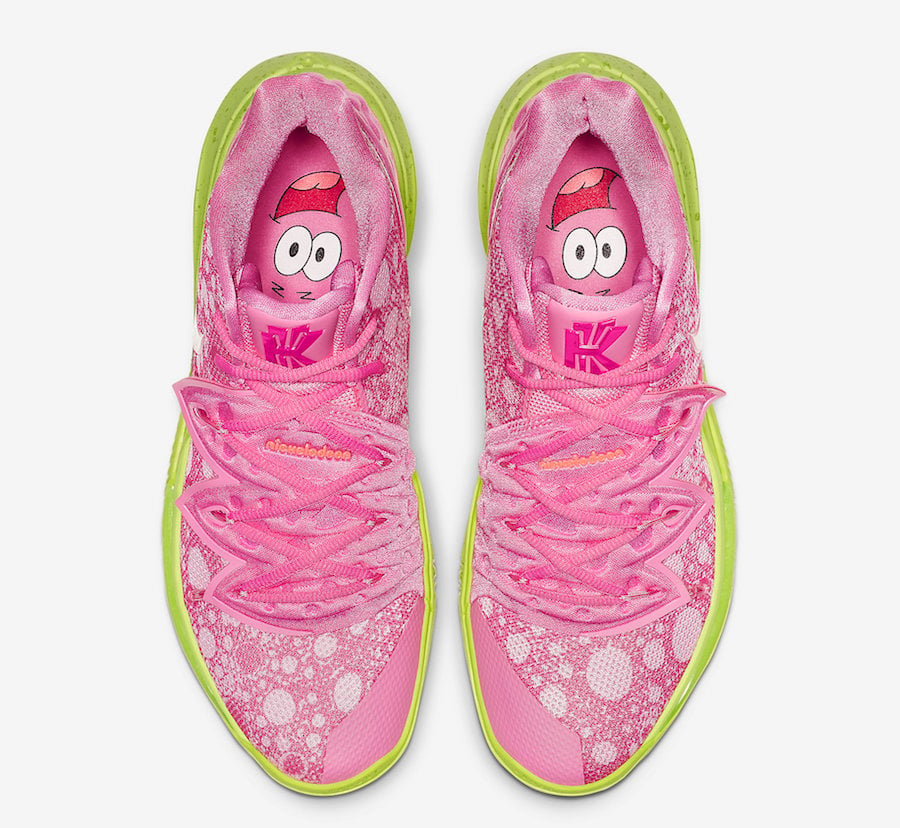 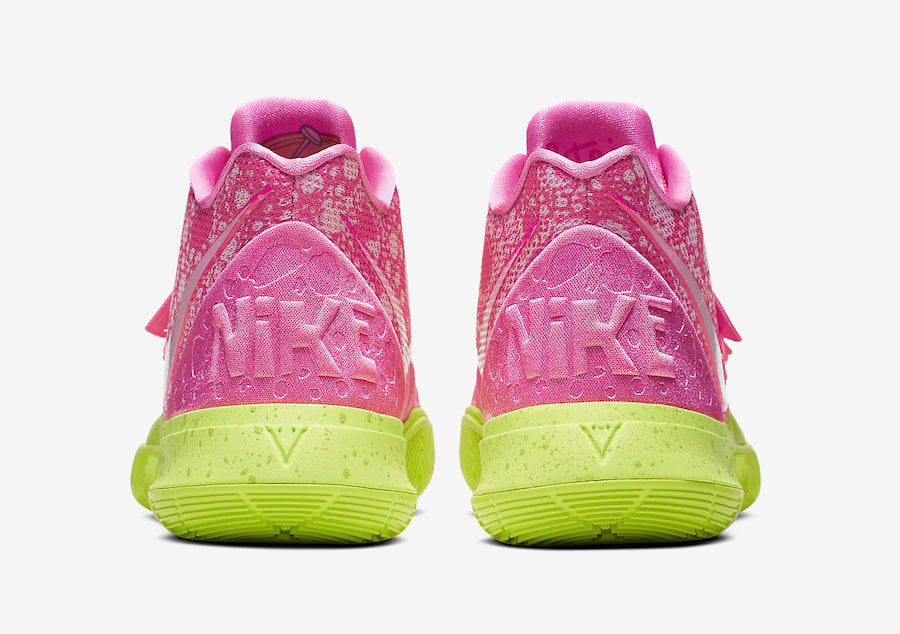 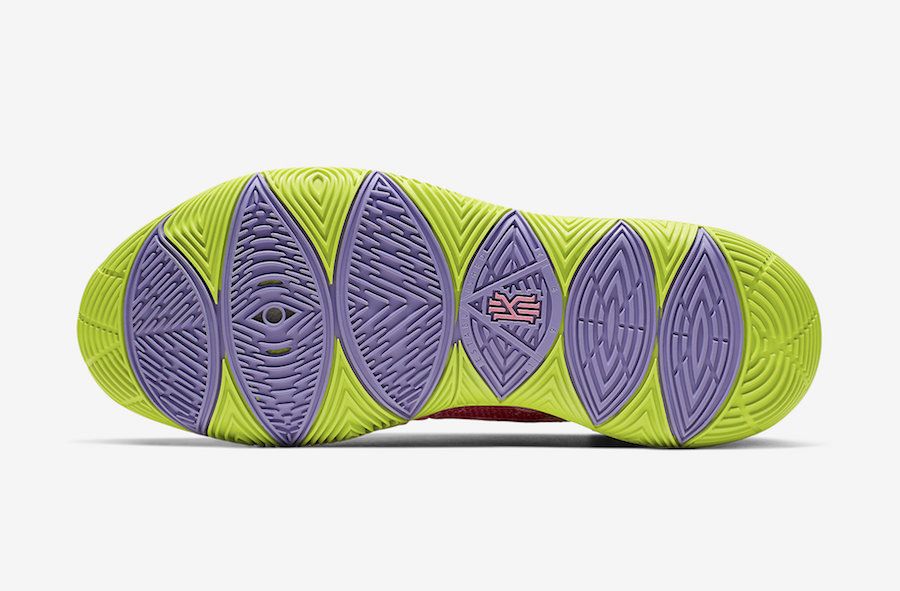 Update 7/16: Recently unveiled by Kyrie Irving is the SpongeBob x Nike Kyrie Collection which took place at Rocnation Sports. Shown is the ‘Sandy’ and ‘Mr. Krabs’ Kyrie Low 2 along with the ‘SpongeBob’ and ‘Patrick Star’ Kyrie 5. More information on the collection like a release date and retail price is coming soon. 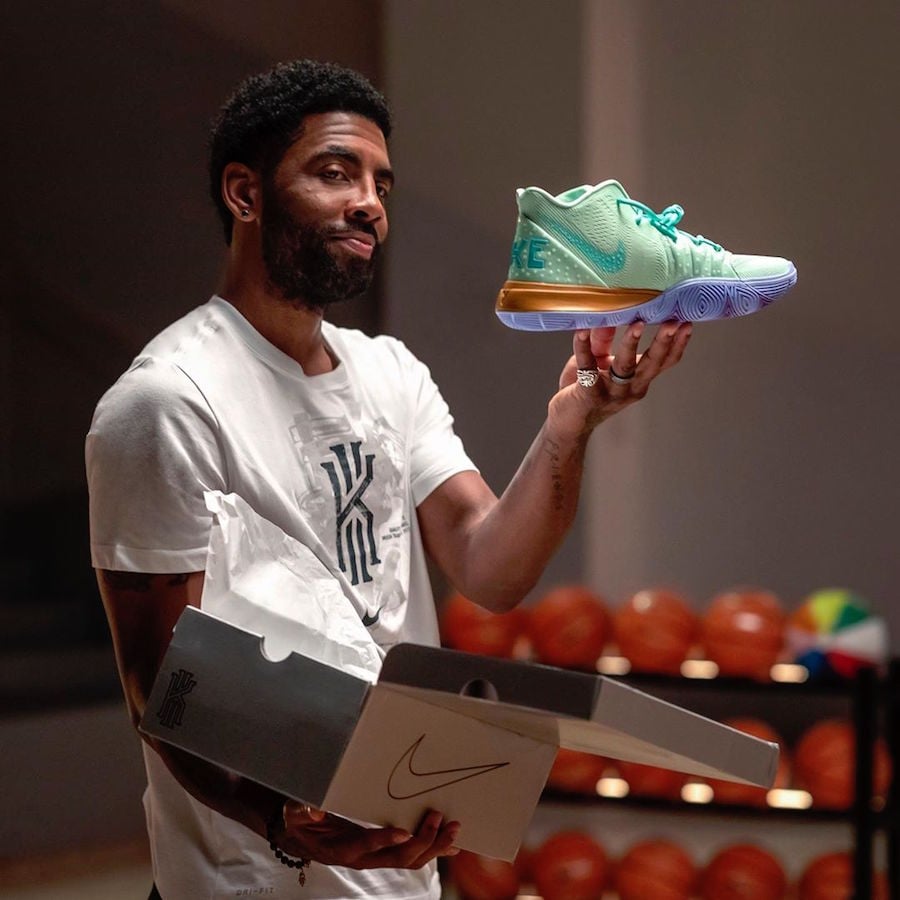 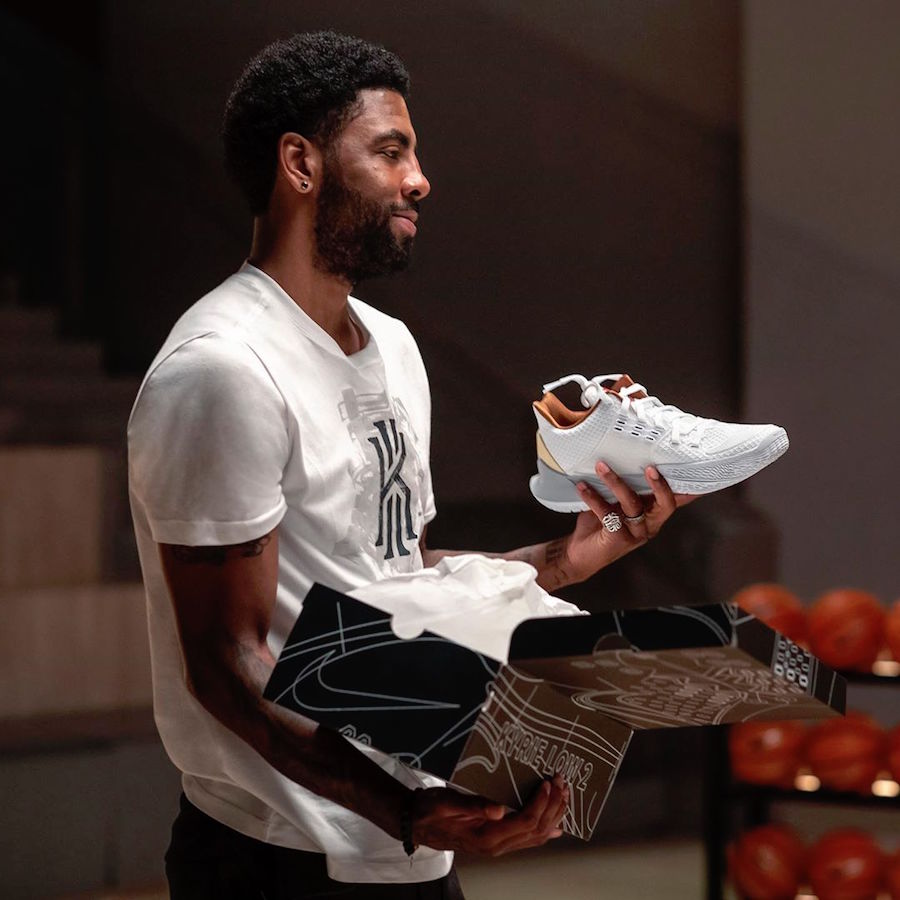 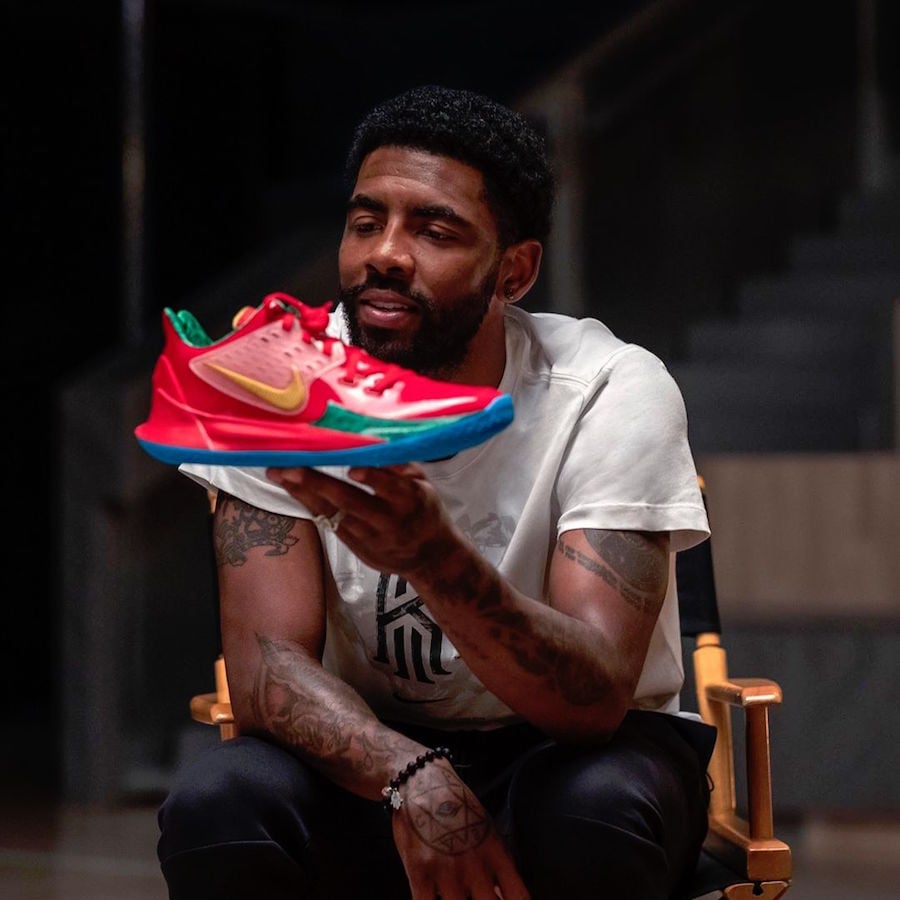 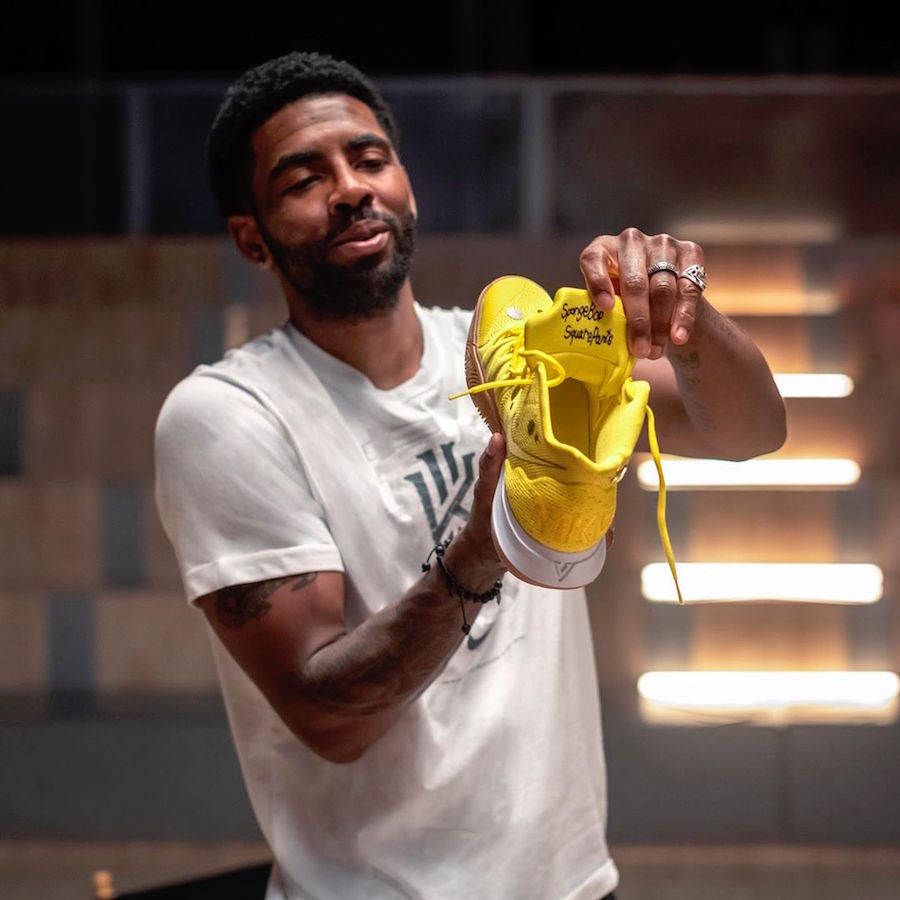 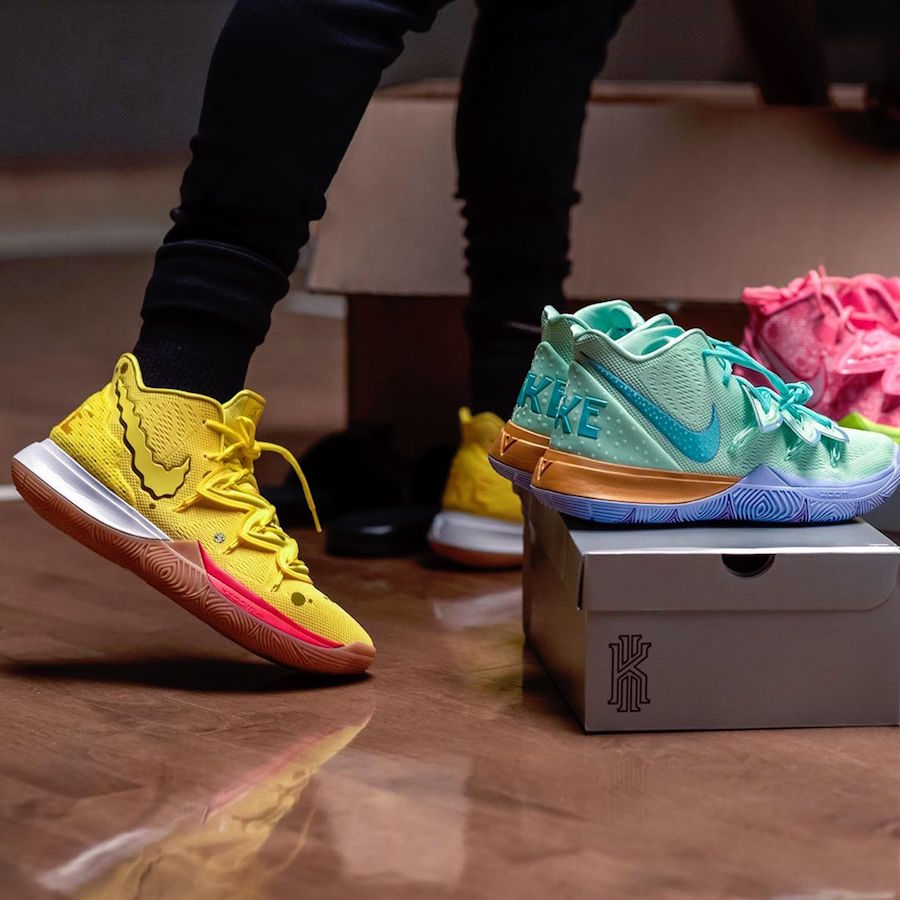