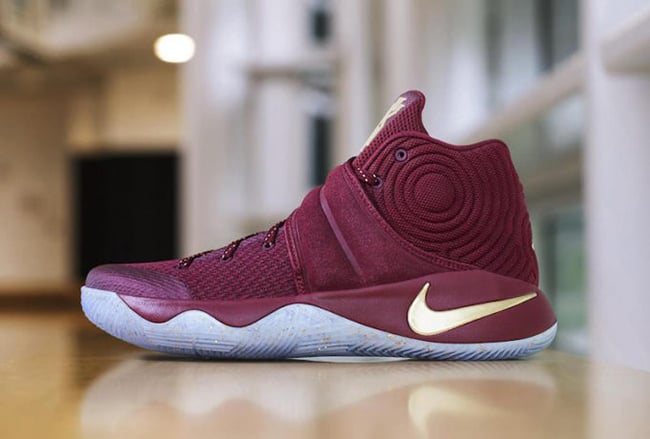 Game 4 of the NBA Finals was a battle between the Cleveland Cavaliers and Golden State Warriors until about the end of the third when things started to go the Warriors way. The end resulted in a loss for Kyrie Irving and the Cavs resulting to a 3-1 lead for the Warriors. During the game, Kyrie Irving had on a new player exclusive, the Nike Kyrie 2 Red Velvet Gold Finals PE.

Have some similarities to the retail version of the Nike Kyrie 2 dubbed ‘Red Velvet’, they feature a Maroon upper with suede used across the strap. Having a luxury look, Metallic Gold is placed on the Nike Swoosh, Kyrie branding and hinted through the laces. Completing the look is a translucent outsole which has Gold flakes.

Below you can see more photos of the Nike Kyrie 2 Red Velvet Finals PE. It’s going to take a lot of work for the Cavs to come back and if they do so, it’s possible to see a special Finals/Championship pack. Let us know what you think of them by visiting the comments section below. 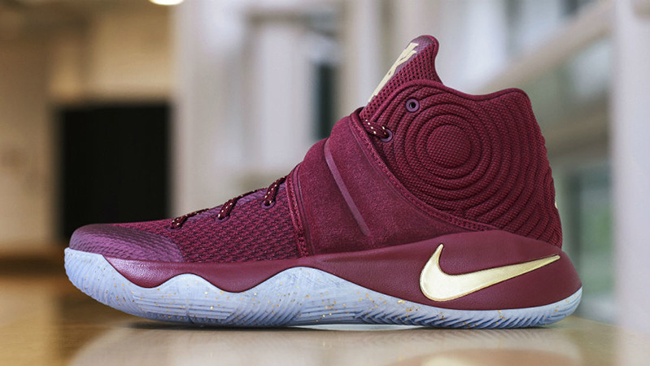 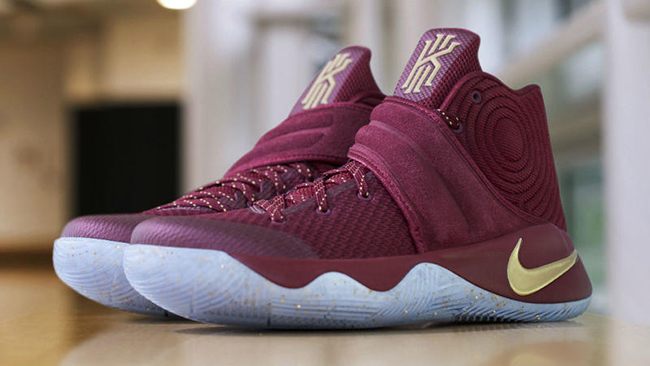 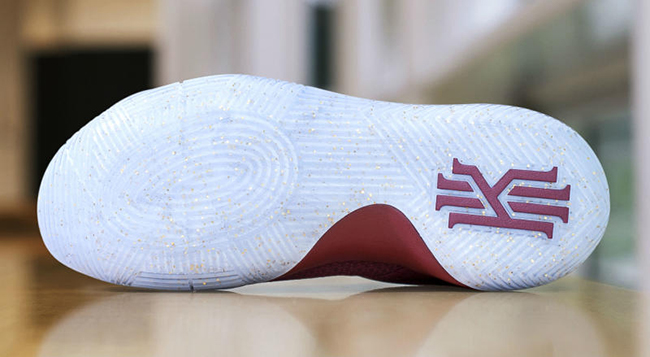