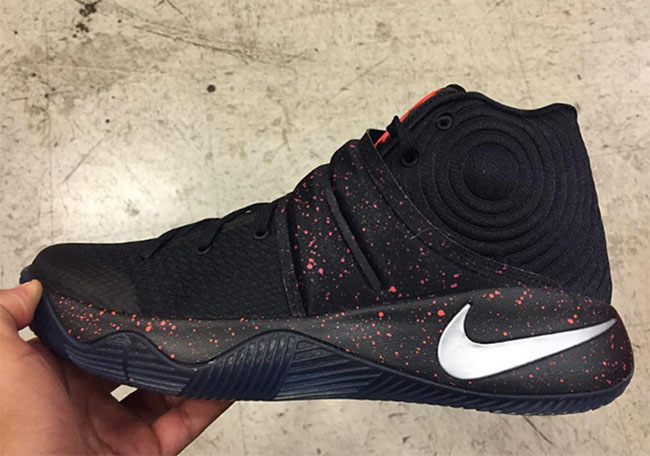 The Nike Kyrie 2 ‘Hot Lava’ is another upcoming release from Kyrie Irving and Nike Basketball that is expected to launch at retailers during Fall 2016.

The ‘Hot Lava’ edition may look familiar to you as it does to us. Not long ago Nike Basketball released the ‘Triple Black’ pair and the look given, not much has changed.

Looking closer at this Nike Kyrie 2, they feature predominate Black throughout which covers the base, midsole and around the collar. Receiving it’s nickname, Hot Lava is speckled across the midsole and mid-foot strap while the shade fills in the Kyrie branding on the tongue. Completing the look is White which lands on the Nike Swoosh.

At the time of writing, a release date for the Hot Lava Nike Kyrie 2 has yet to be announced but make sure to check back with us for more information and images.