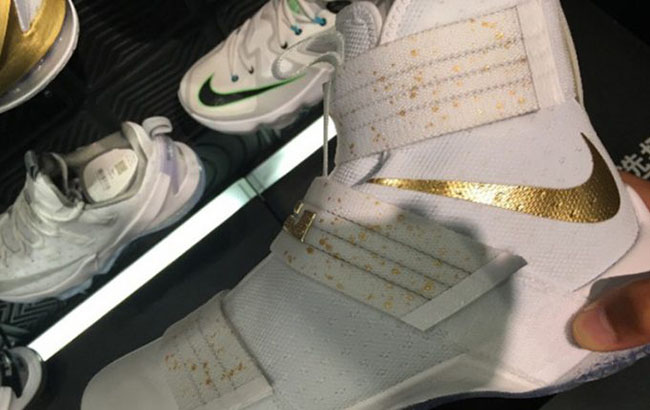 The White and Gold edition of the Nike LeBron Soldier 10 has a similar look and feel to the pair LeBron James wore during the Finals which was offered on NikeID for a limited time. Using predominate White through the uppers, Metallic Gold is seen on the Swoosh, LeBron branding and specked across the three straps. Completing the look is a translucent outsole.

Rumor has it that the Nike LeBron Soldier 10 White Gold will launch at Nike Basketball retailers on August 22nd, 2016 however this has yet to be confirmed. Once we have more information, we will make sure to update you. For now, check out more photos below. 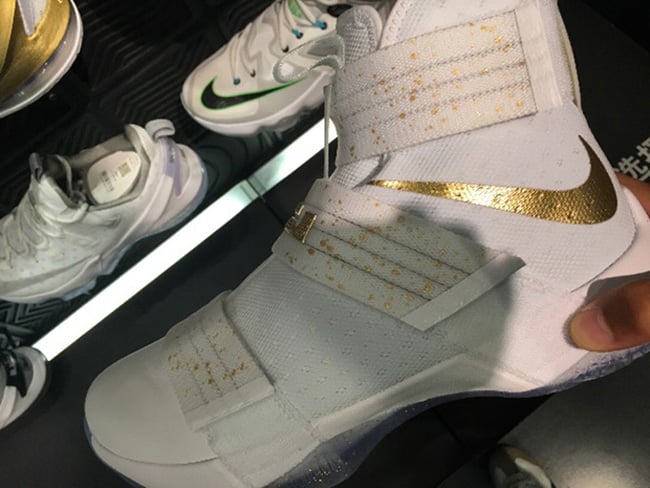 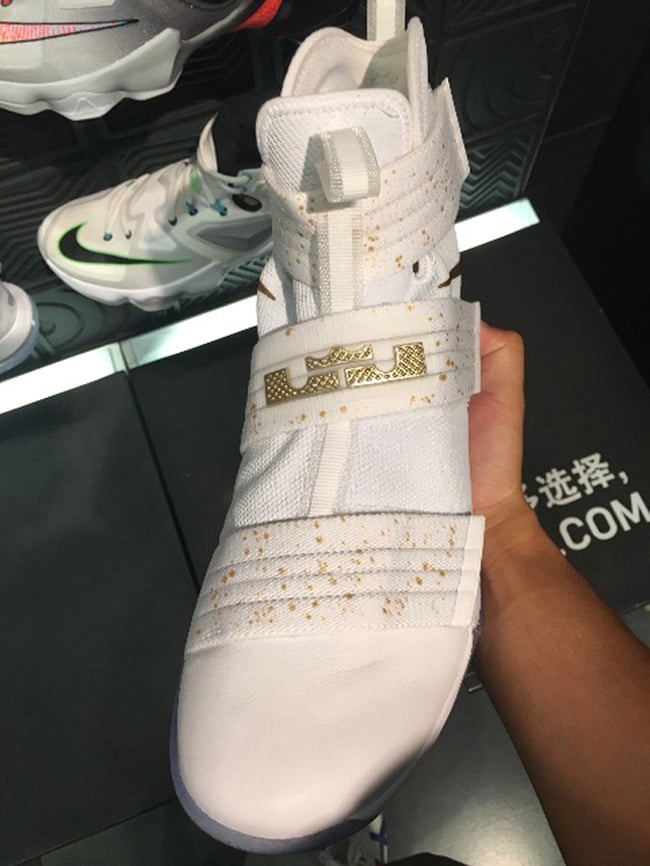