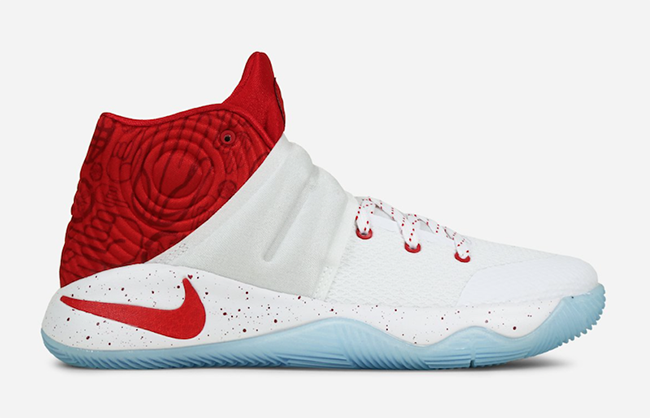 This weekend, a new Nike Kyrie 2 is set to release which will be another Kids exclusive.

Although most Kyrie 2 releases have a theme, this GS exclusive is not known at the time of writing and marks the second release from his line to exclusively launch for kids.

This color mashup, which features White, University Red and Gym Red could have easily dropped for adults, however Nike has other plans. Using a White upper along with shades of Red around the collar that also features unique graphics. Speckled print runs through the midsole while the outsole has a translucent tint. The last detail is a spinning ball on a finger placed on the tongue.

The Nike Kyrie 2 GS White Red is scheduled to release at Nike Basketball retailers on April 1st, 2016 like Villa. Retail price will be $110 and you can see additional photos below. 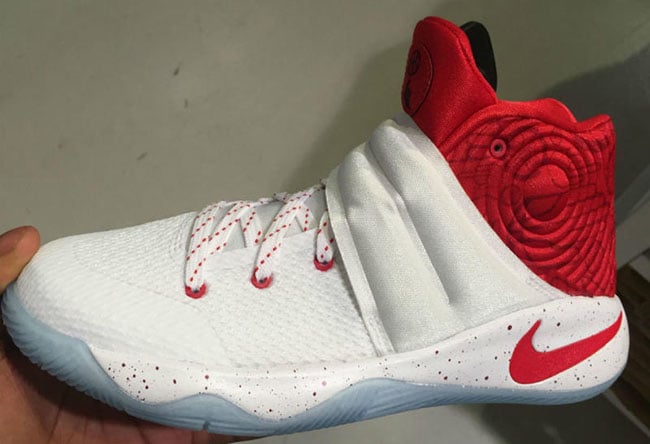 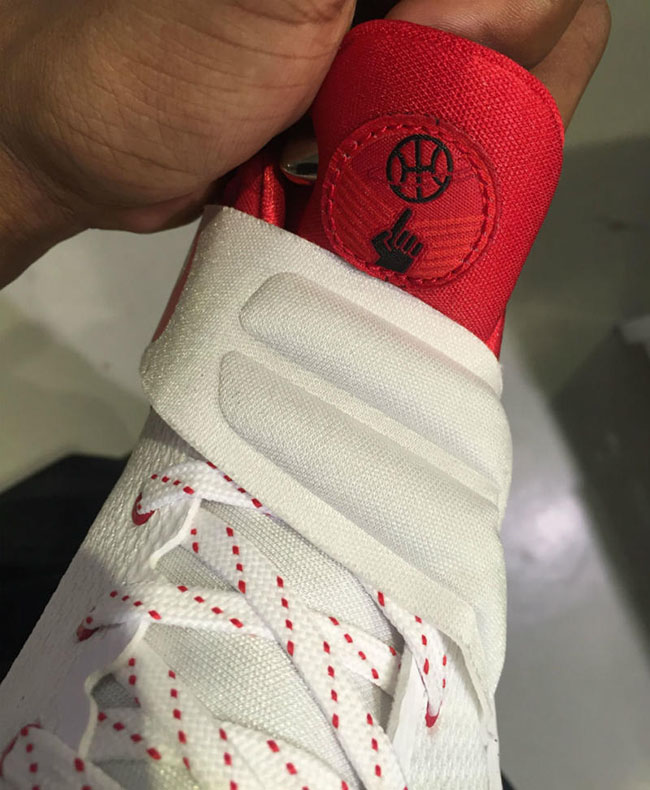