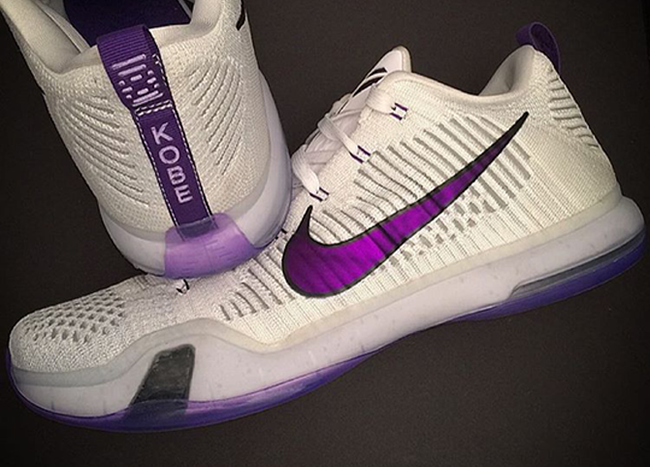 The NBA is back and so is Kobe Bryant and we hope he can stay healthy for the season. Through the 2015-16 season you will catch Bryant wearing different pairs of the Kobe 10 until about January, this is when the Kobe 11 is expected out. One of those pairs is the Kobe 10 Elite Low shown in white and purple.

Yesterday when Bryant and the Lakers took on the Timberwolves which came down to the last few seconds, he wore the Nike Kobe 10 Elite ‘Opening Night’ but switched to another PE but not the pair pictured.

This Kobe 10 Elite PE is actually a little different from what we usually see. Featuring white through the Flyknit base along with metallic purple accents through the swoosh and a purple translucent outsole. On the heel reads ‘Kobe’, making this model the first we have seen.

Of course they won’t release, but it would be nice to see Nike put out this Kobe 10 Elite PE before they debut the Kobe 11. Below you can see a larger image. 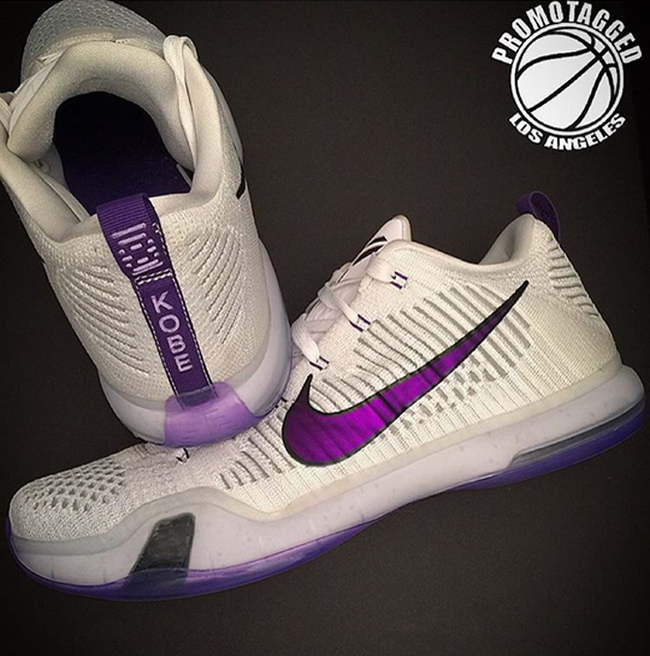