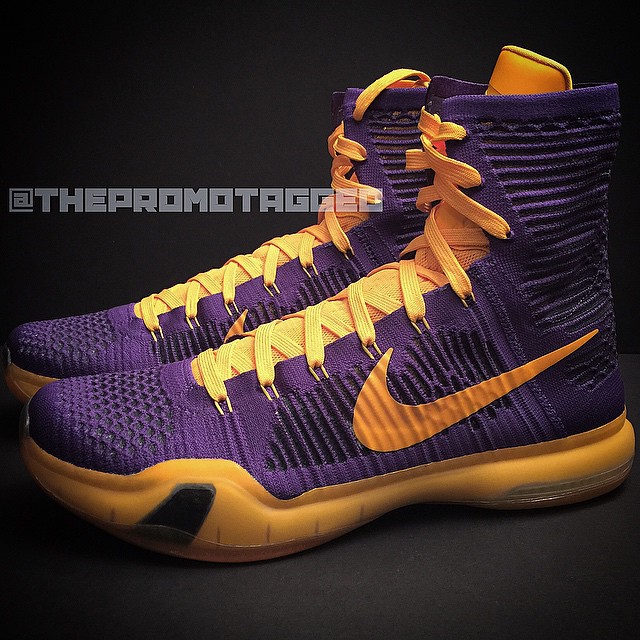 The Nike Kobe 10 Elite LA Lakers PE won’t be something you will ever see in-stores. In order to get a pair, you have to be close to the Kobe camp. In other words, only select people will have access.

When Kobe Bryant returns next season, there is a slight chance we will see him wearing this pair.

Using purple through the Flyknit uppers which is then followed up by metallic gold on the midsole, swoosh, tongue and laces. Last but not least is just a bit of black that is on the midsole.

Lakers and Kobe fans can definitely appreciate the Nike Kobe 10 Elite LA Lakers PE and we are sure would jump at the chance of adding to their collection. It’s to bad that these won’t release.