HomeNikeNike and Kevin Durant Celebrate 10th Anniversary with 'Making of a Champion'... 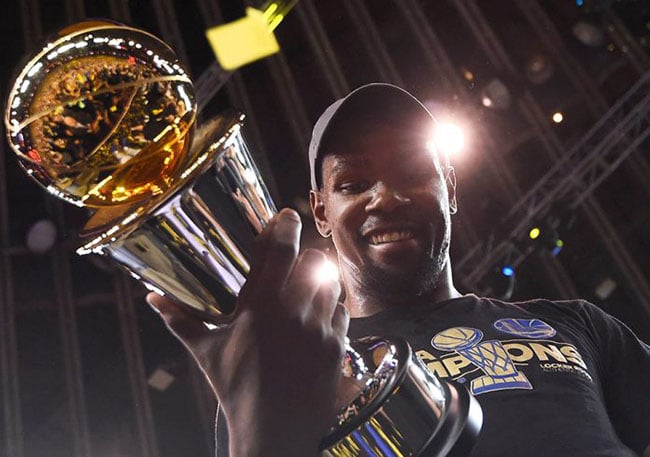 Ten years ago in May, Nike signed Kevin Durant. In the decade since, he’s solidified himself as an elite scorer and owner of a signature basketball line defined by authentic innovation. Wearing the Nike KD 10, Durant added a championship to his list of accolades in 2017.

Here, the finals MVP reflects on his drive and the journey to capturing his first title. Nike has released a tribute video celebrating the 10th Anniversary and KD’s first NBA Championship with the ‘Making of a Champion’ video. Check it out below.