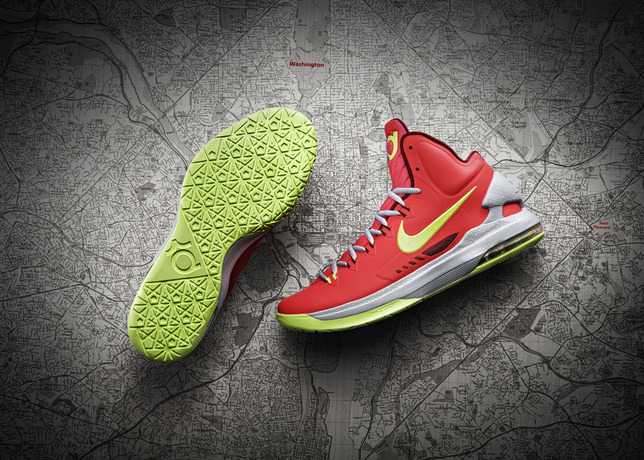 Designed with premium materials and leading Nike performance technologies, the KD V represents the evolution of Kevin Durant and his style of play.

“Championship drive takes an entire team, and the new KD V represents the roadmap I follow,” said Kevin Durant, 3-time scoring champion. “Leo did a great job on the shoe by combining the best technology with my journey and what the number five means to me.”

The shoe’s hidden story comes from five players united on the court, five sides of a pentagon – a Washington D.C. landmark, five corners of a star, and Durant’s fifth Nike signature shoe. This tribute to five is brought to life on the shoe’s outsole pattern, midsole texture, tongue quilting with V’s, and heel counter details.

The Maryland state flag inspires the color combination on the shoe’s Bright Crimson colorway – with the flag’s red, yellow and black remixed in bright and light tones – a fitting tribute to Durant’s home state.

The KD V launches globally on NIKEiD on November 6, then is fully available beginning December 8 in both the Bright Crimson colorway and Black/blue colorway. 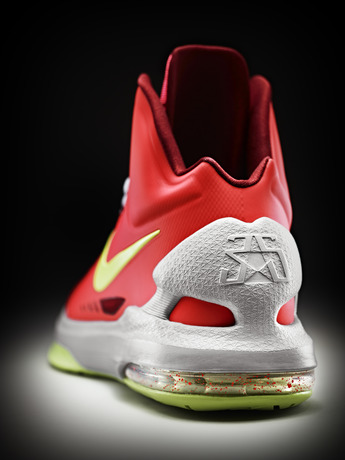 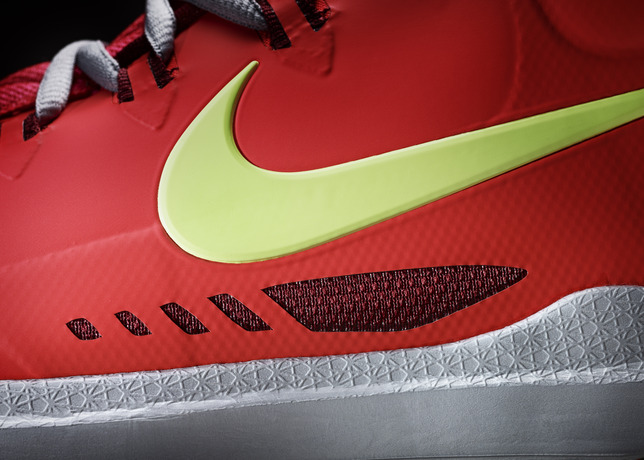 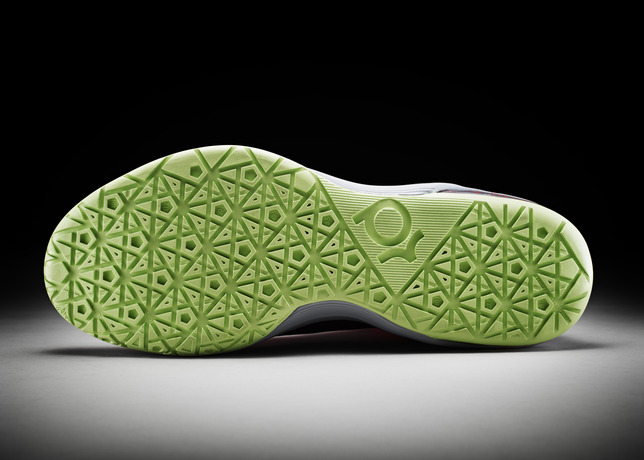 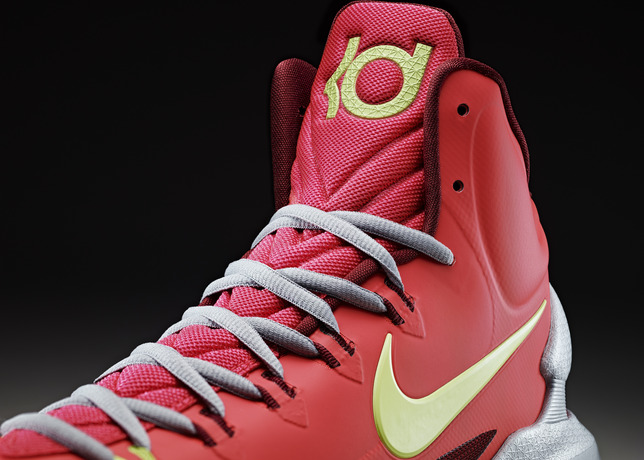 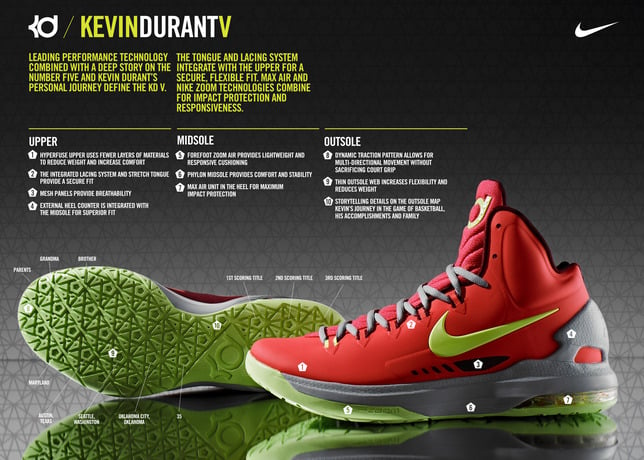 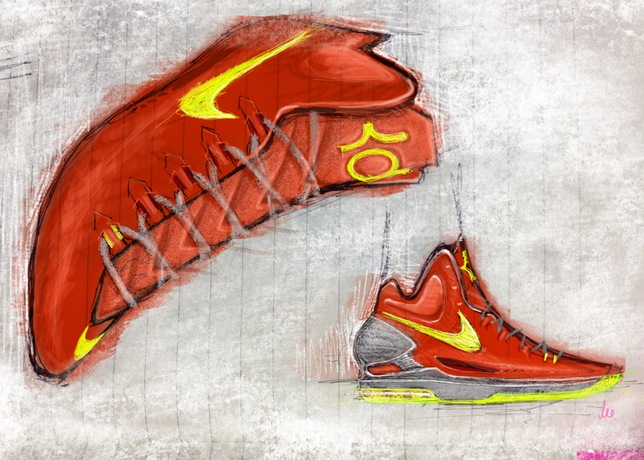