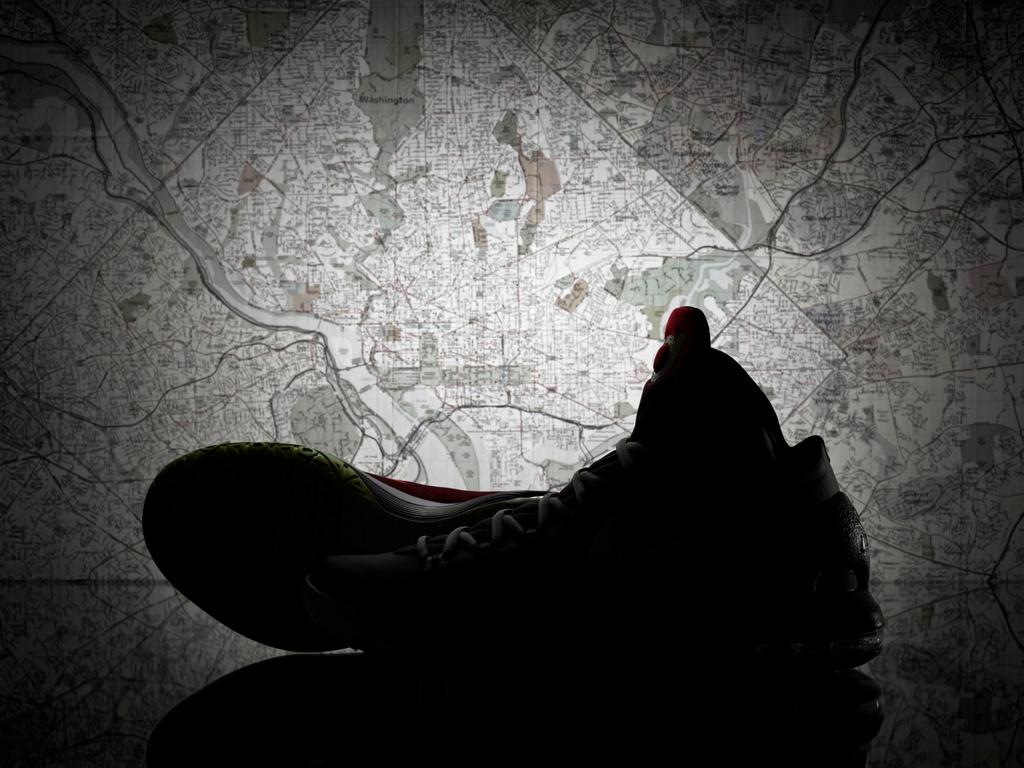 Hometown hero and reigning scoring champ Kevin Durant appears poised to unveil a special edition of his upcoming signature Nike KD V that pays homage to the city in which he honed his skills – the nation’s capital.

Durant dropped a teaser image of the kicks today, showing the shadowed silhouette in front of a map of Washington, D.C. along with the tweet “The one’s for you #DC. Stay tuned. 10/23.” From the little bit of the sneaker that you can make out from the photo, it appears the KD sig will see a predominately red upper alongside white and gold accents – pointing to yet another nod to Durant’s beloved Washington Redskins.

Stay tuned for additional info and imagery and expect an official unveiling to take place next week.