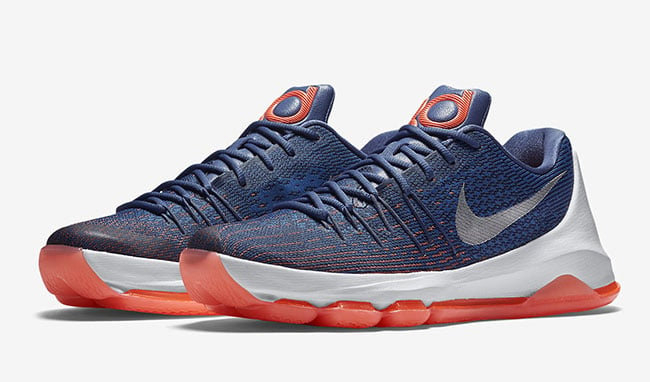 Nike Basketball will kick off 2016 with another KD 8. The Nike KD 8 ‘Ocean Fog’ will launch just a little halfway through January.

Dubbed ‘Ocean Fog’ due to the hue used on this KD 8 which will also feature white, midnight navy, photo blue and bright mango. The shade of blue will flow through the mesh base and leather tongue, white land on the midsole while orange finishes off the shoes while being placed on the outsole and KD branding.

The ‘Ocean Fog’ Nike KD 8 will officially release at Nike Basketball retailers on January 16th, 2016 and will retail for $180. Currently there isn’t an official nickname for this KD 8, so the ‘Ocean Fog’ moniker has been attached to it. Once we get more images we will make sure to share with you, but for now you can check out more below. Are you a fan?

Update: Official images from Nike has leaked of the ‘Ocean Fog’ Nike KD 8 which will debut tomorrow, January 16th at Nike Basketball retailers. Retail price will be $180. 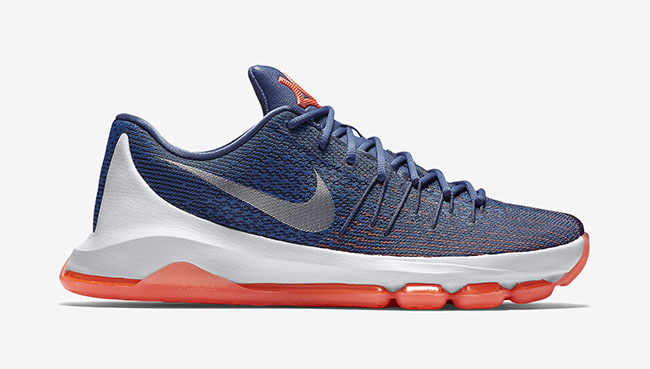 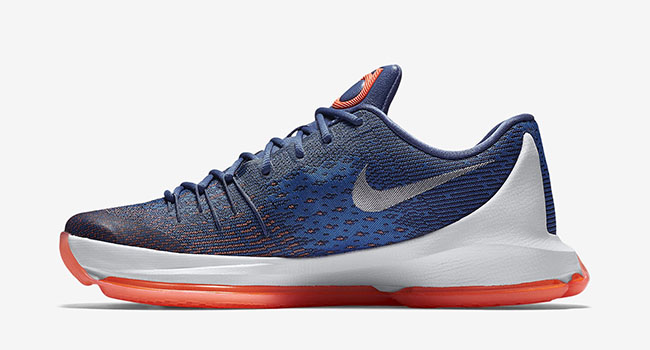 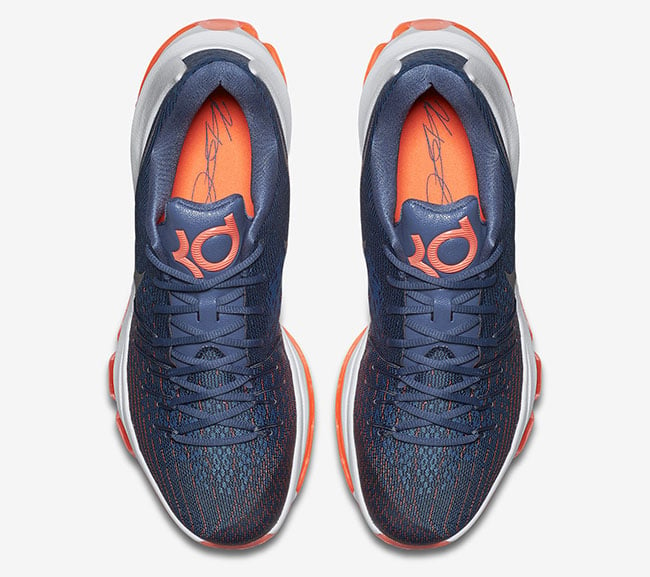 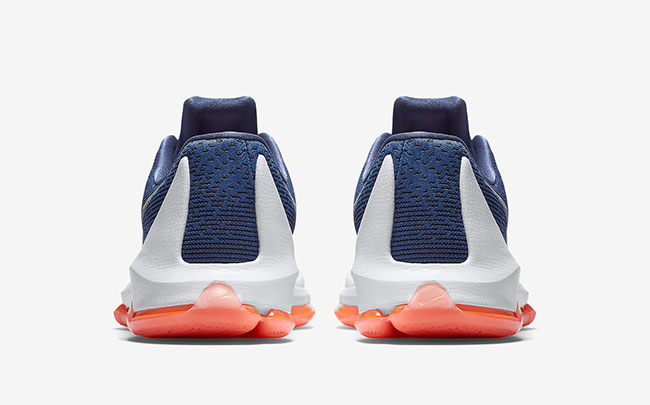 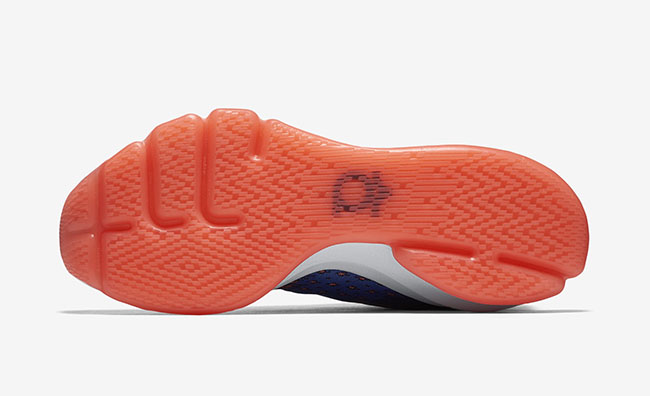 Update: This weekend, Nike will debut the ‘Ocean Fog’ KD 8 at retailers like Social Status who has given us this detailed look. Retail price will be $180. 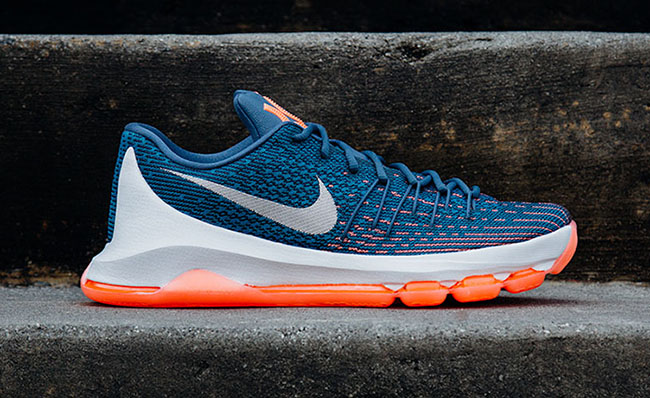 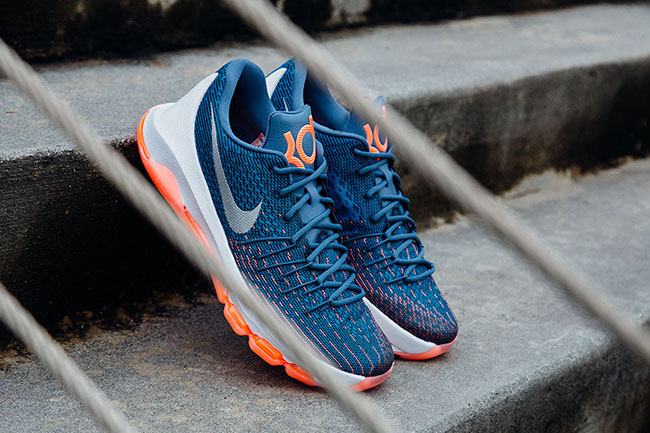 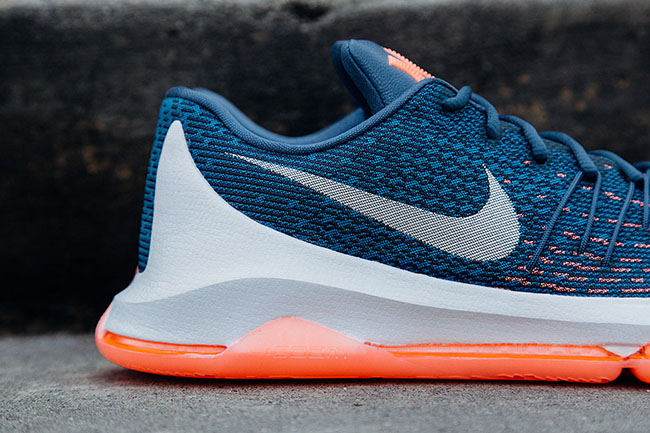 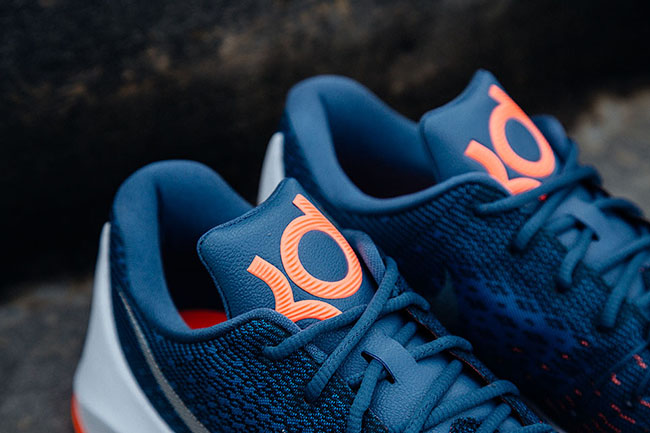 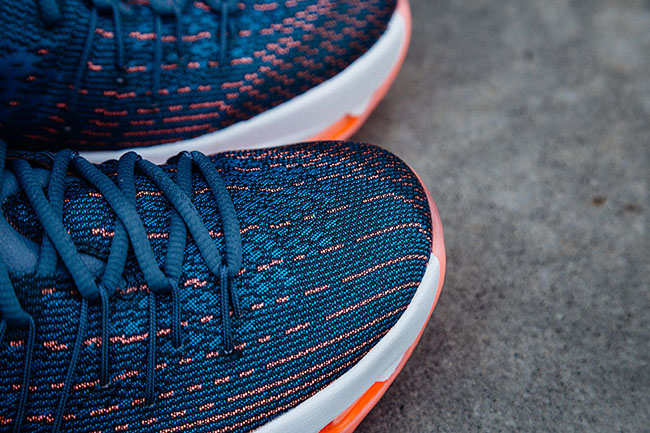 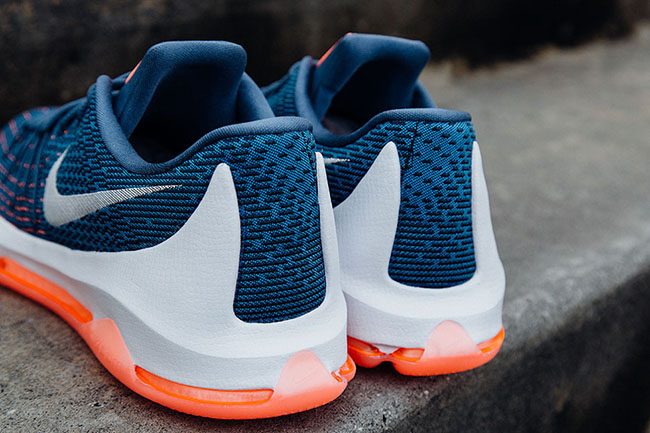 Update: We now have a better look at the ‘Ocean Fog’ Nike KD 8 which will be launching on January 16th. You can also buy this pair a bit early as sizes are starting to land on eBay. 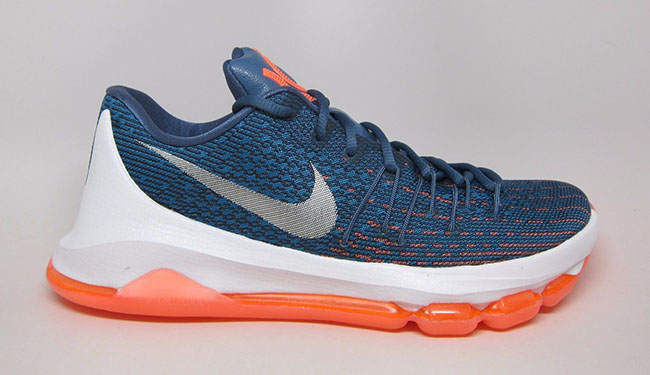 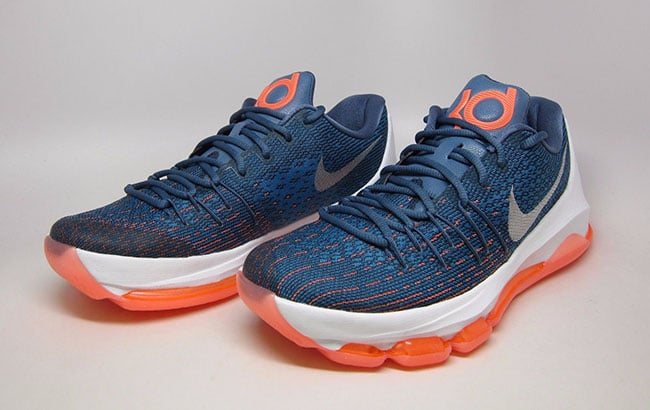 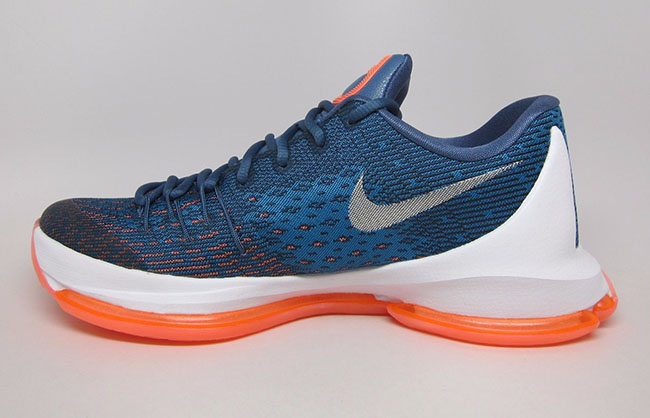 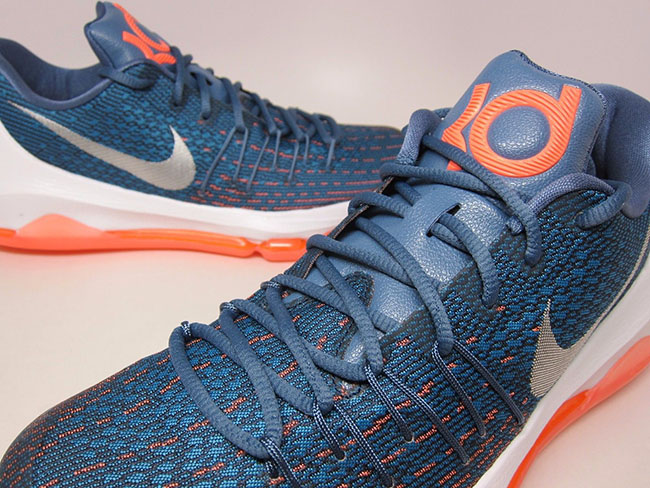 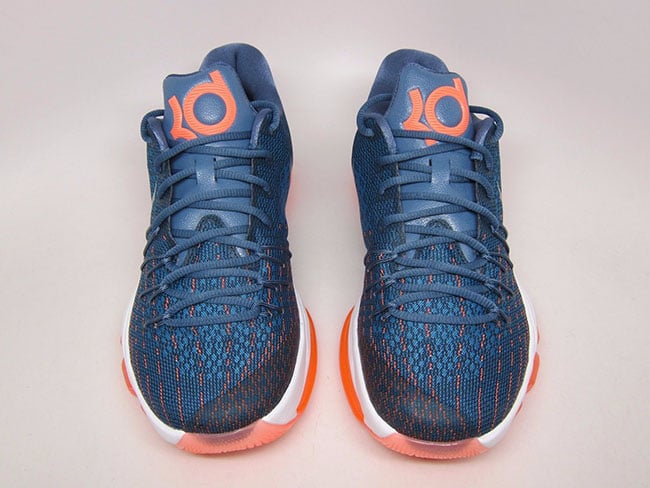 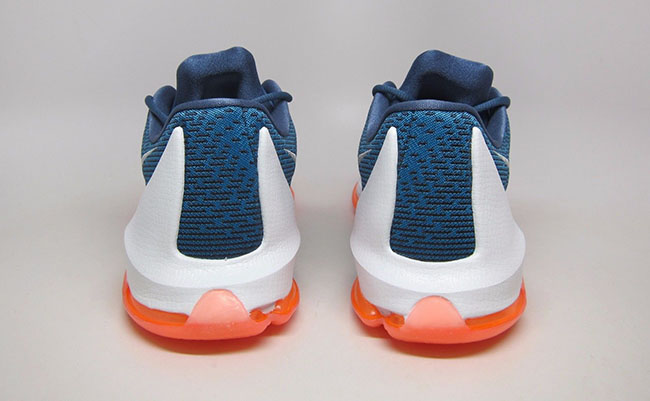 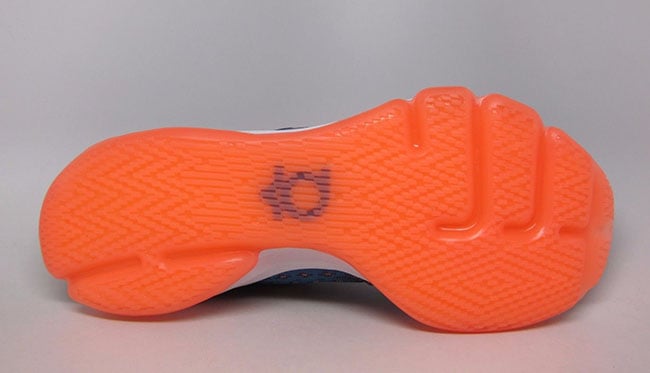 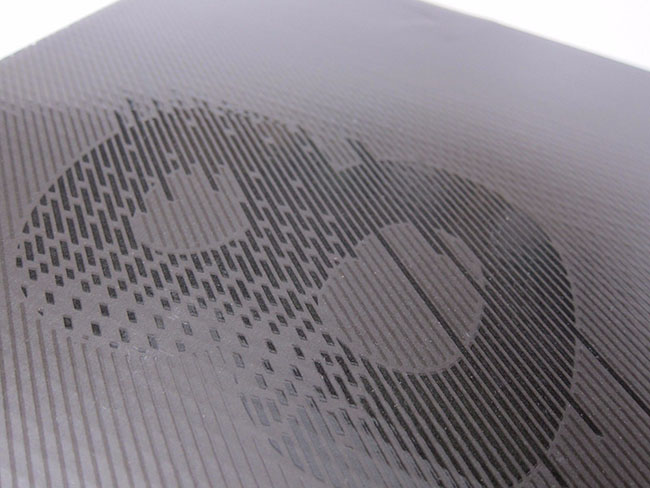 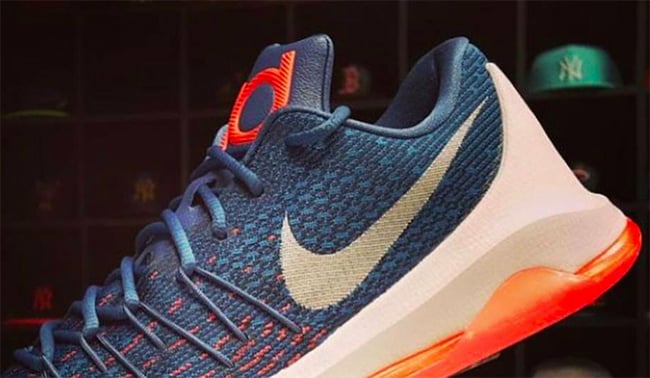 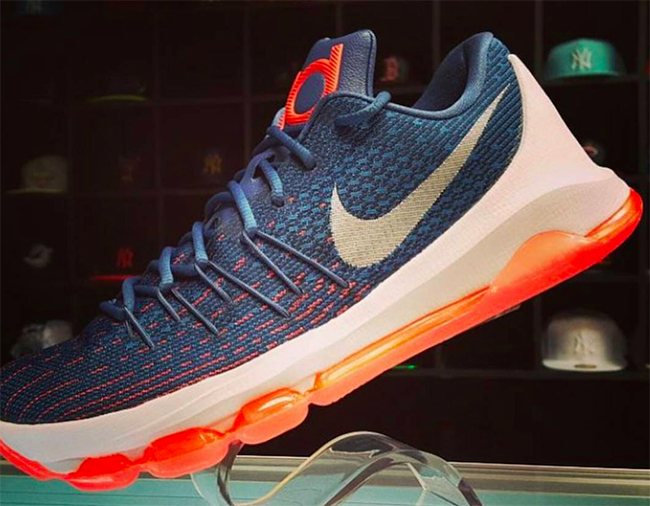 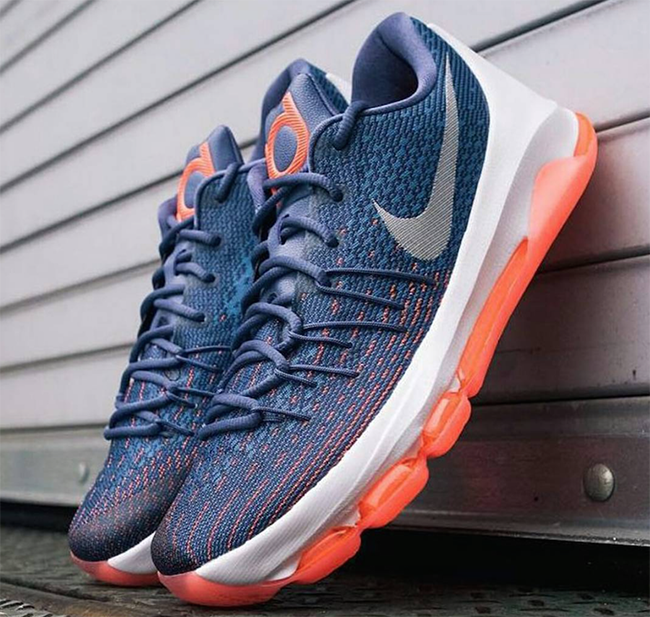