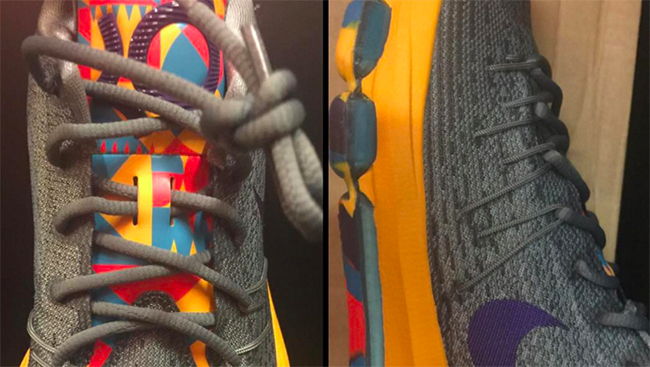 The Nike KD 8 ‘Multicolor’ will feature multiple colors through the tongue and outsole and will release later on in the month of November.

There is also a kids version that is similar, but use different colors. Featuring wolf grey, court purple, cool grey and blue lagoon. This pair will release for adults and uses a grey through the base along with a yellow midsole. Purple hits the swoosh and KD branding and all the colors listed will make for a unique design on the tongue and outsole. Rumor has it they are being called ‘Prince George’ but this isn’t confirmed.

Another image of the ‘Multicolor’ Nike KD 8 is posted below. As of now this pair is slated to release on November 25th, 2015 and will retail for $180. Additional photos and official naming will be coming soon. 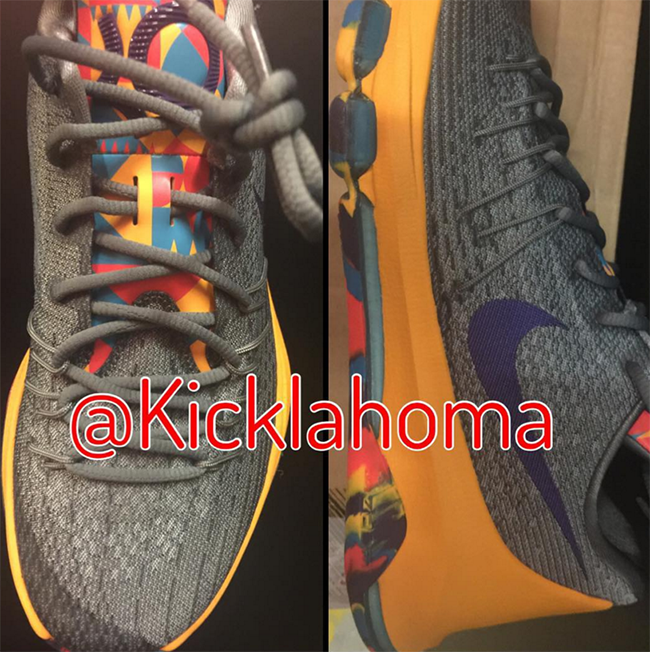