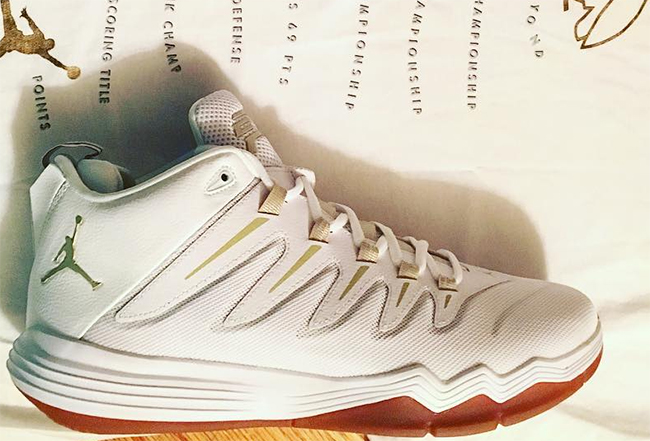 One of the newer models for Chris Paul’s signature shoe is the Jordan CP3 9 ‘OVO’ which adds to the list of Drake collaborations with Jordan Brand.

The OVO Jordan CP3 9 features a clean white base which is then followed up with gold accents on the Jumpman located by the heel and midfoot. Added is a dark gum outsole which is complimented by a shade of tan down the eyelets and CP3 branding hitting the tongue. Speaking of branding, from this image we don’t see any from October’s Very Own, however it’s hard to imagine them not having the stamp.

Unfortunately the ‘OVO’ Jordan CP3.9 doesn’t appear to be releasing, but was made for friends and family of the brand. It is possible that we do see a limited run release sometime in the future but as of now there are no additional details. Do you think JB should release Chris Paul’s ninth signature shoe as a collaboration with Drake? Let us know by leaving a comment below. 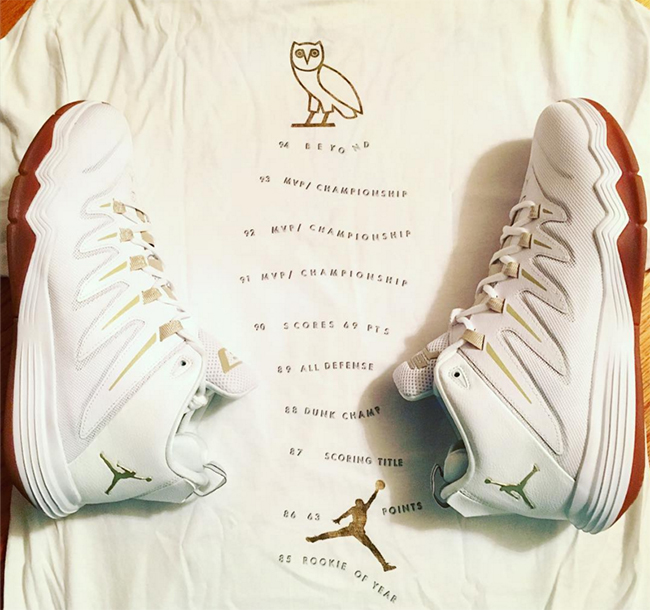