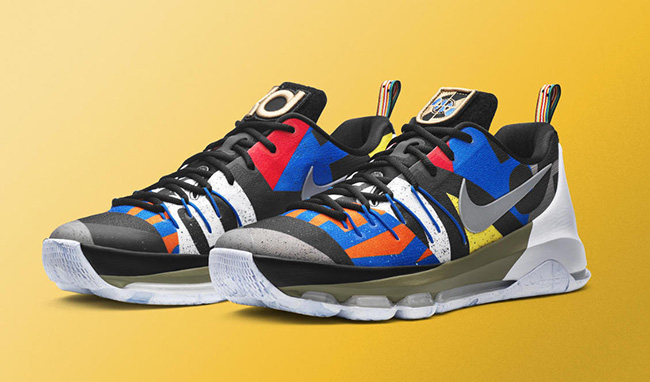 The Nike KD 8 ‘All Star’ will release for Kevin Durant making his seventh NBA All Star appearance. Alongside the KD 8, Nike Basketball will also release the Kobe 11, LeBron 13 and the Kyrie 2.

Dressed in White, Metallic Silver, Black and Multicolor. Through the base is a unique pattern that has shades of Orange and Blue which pays tribute to his team, the Thunder. Other details include hints of Yellow and Silver detailing along with White running through the midsole. The graphic through the uppers are inspired by the flags seen throughout Toronto and will also feature removable patches on the heel and tongue. White and Light Blue mix things up for a marble finish on the outsole which represents Toronto’s cold weather during the winter.

The ‘All Star’ Nike KD 8 will release at Nike Basketball retailers on February 11th, 2016. Retail price will be $200, which is a $20 increase compared to your standard releases which we see time to time on themed launches. You can see Kevin Durant wear this pair as the West take on the East on February 15th. Below you can see another look and make sure to check back with us for more updates and photos. 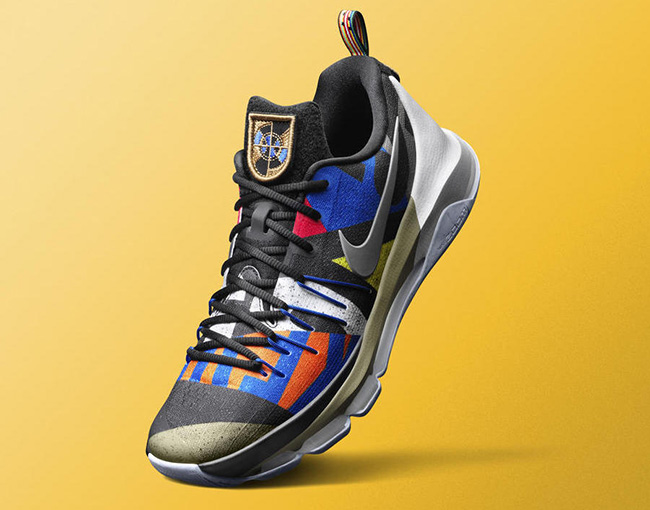 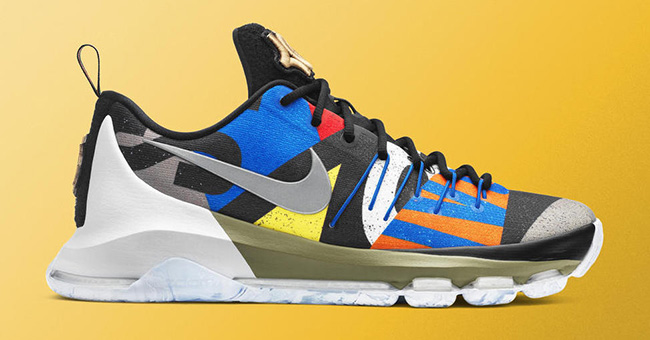 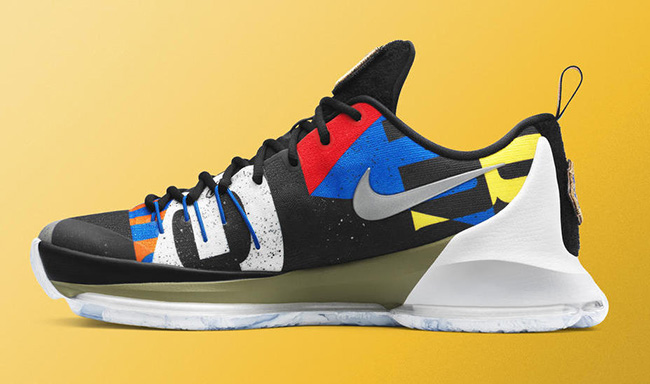 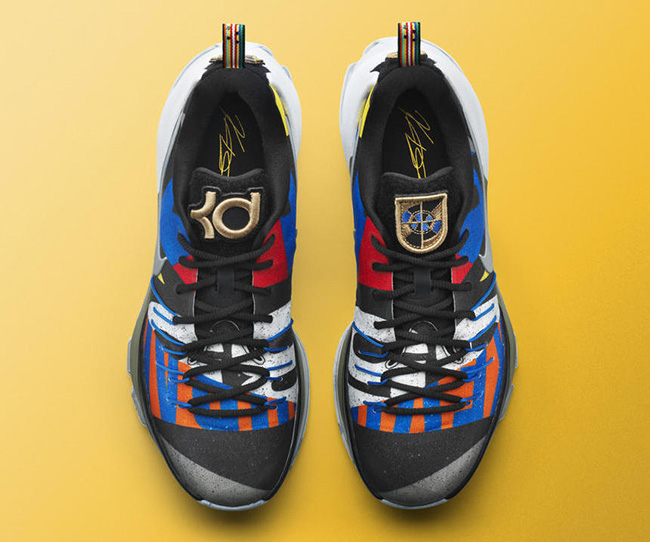 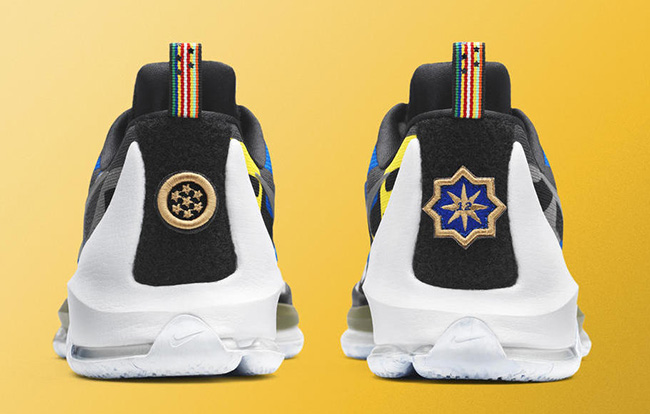 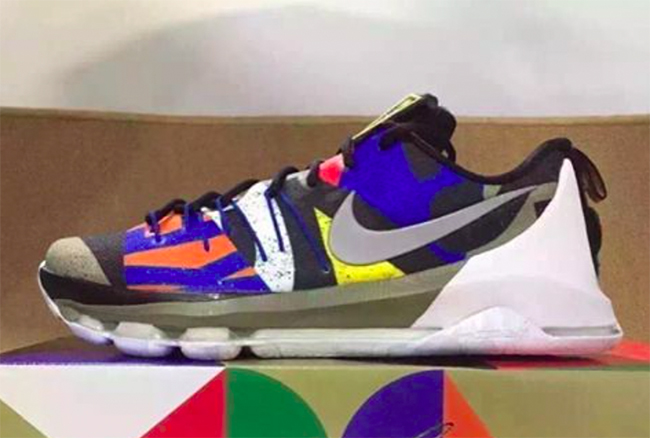 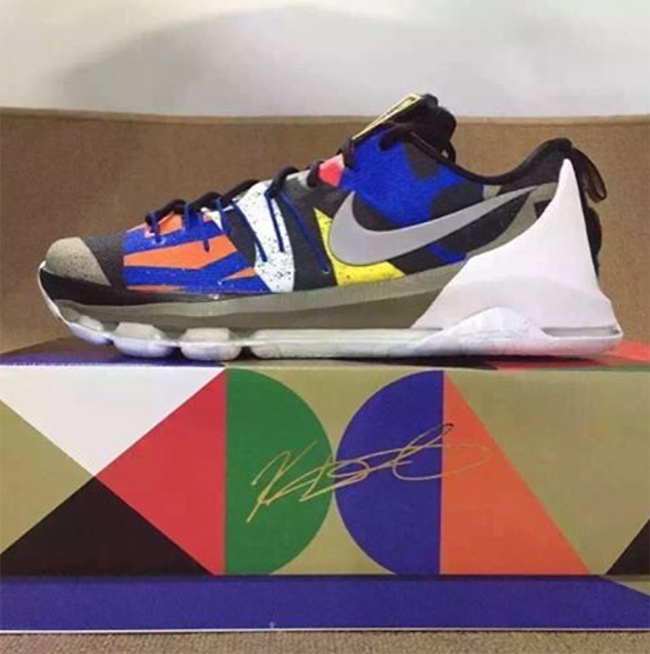 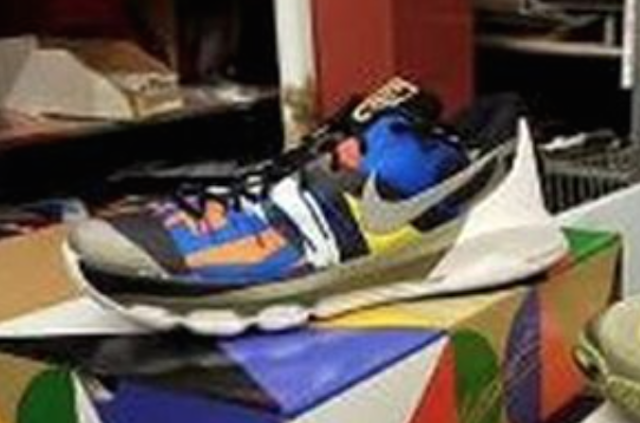 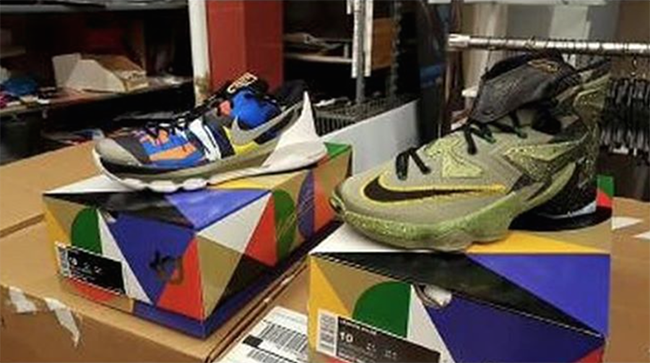