Kevin Durant’s collegiate career started in Texas and although it was not long, he still reps the school. With his new signature model, the KD 7, Nike is releasing a sneaker inspired by his team, the Texas Longhorns. With the release happening soon, we now have official images.

Also known as the Wild West, the day after KD graduated High School he was in a plane on his way to Austin Texas to start playing basketball.

The shoes which use a metallic silver base has urban orange mixed within as well as wolf grey.

Releasing December 19th 2014, will you be copping the Nike KD 7 Texas Longhorns? 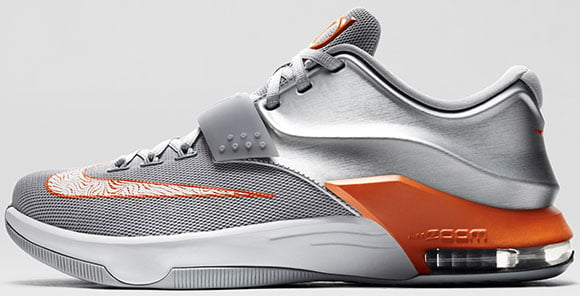 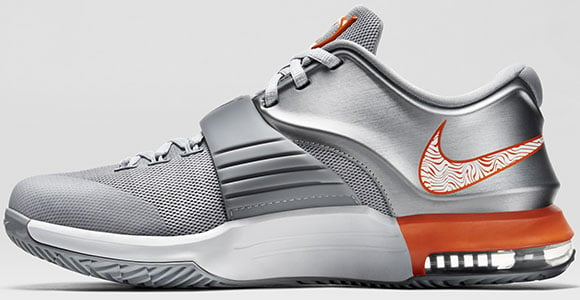 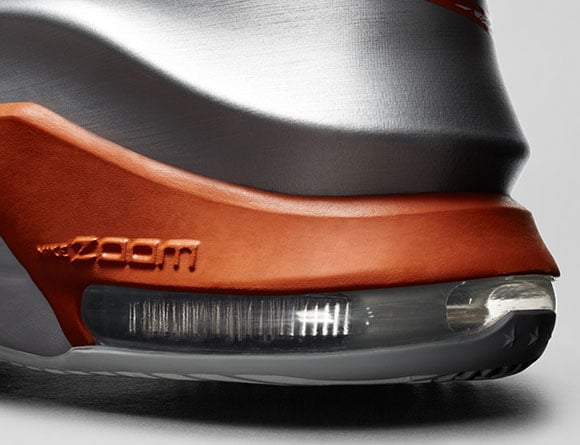 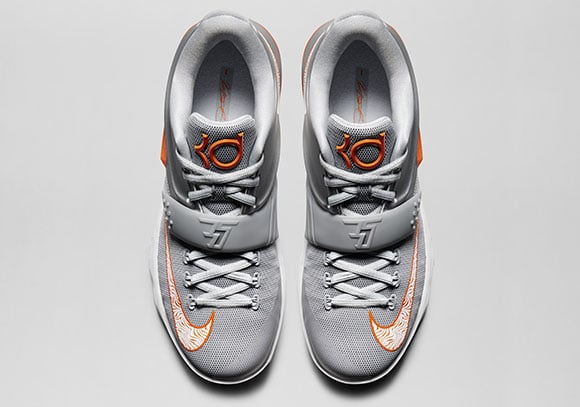 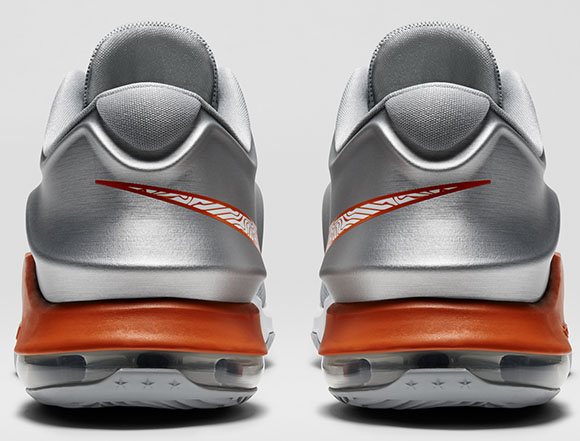