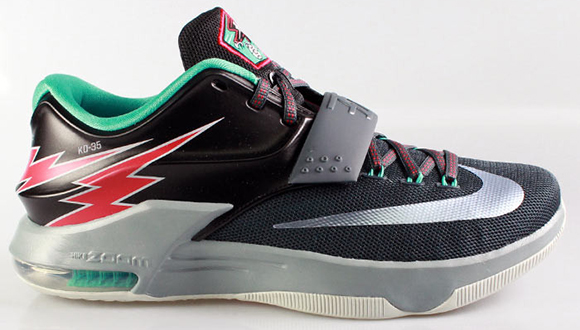 It doesn’t look like we will see Kevin Durant on the court again this season, which would mean he won’t be wearing the KD 7. There is still some nice sneakers being pumped out from him, so it’s unfortunate. We actually featured this pair prior to today, which was being called Thunder Bolt, but now a new name has emerged as well as images.

The Flight Nike KD 7 features two large thunder bolts on the sides and probably a mythological creature on the tongue, just like the LeBron 12. Above the bolts is the “KD-35” written. Everything will tie into each other, but we are waiting for official word from Nike.

Releasing on May 1st, the KD 7 Flight will retail at $150. We will have more info on the Nike Basketball Flight series coming soon. 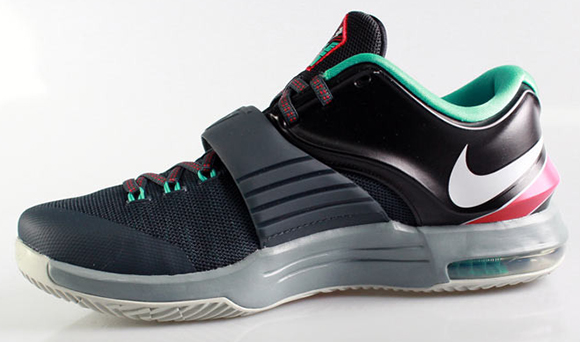 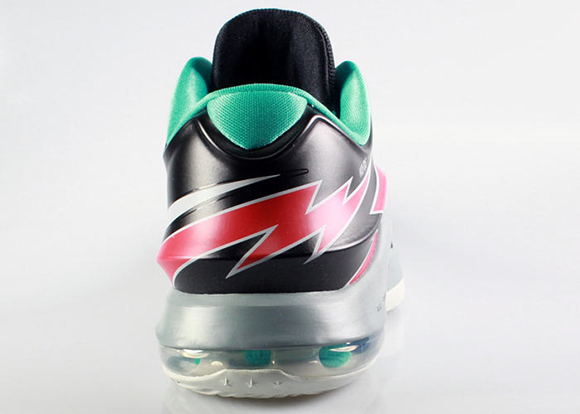