HomeNikeNike KD 4 'What The' That Should Have Released

Nike KD 4 ‘What The’ That Should Have Released 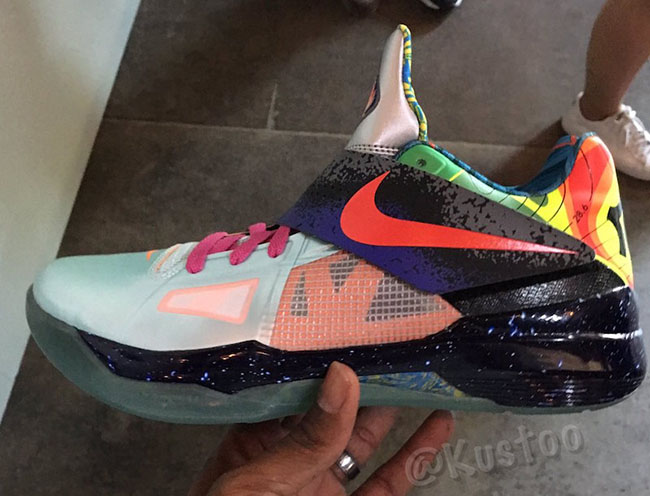 Earlier in the day, Nike Basketball unveiled the Nike KD 9 in Austin, Texas. In attendance was designer Leo Chang who showed off the Nike KD 4 ‘What The’ that in our opinion, should have released.

For those that have followed the Nike KD 4, you already know that this was one of the best models to release from Kevin Durant. Using the ‘What The’ theme, the shoes feature elements from the ‘All Star’, ‘Nerf’ and ‘Weatherman’ KD 4. Other pairs from the KD 4 line are also incorporated, but by far those are the most loved and sought after to this day.

It would be great to see the Nike KD 4 What The actually release, but the only way that will happen if Nike Basketball decides to retro the model and there wouldn’t be any complaints from us. This pair is out of Leo Chang’s personal collection which, like mentioned, brought out to showcase today. Let us know your thoughts on them below. 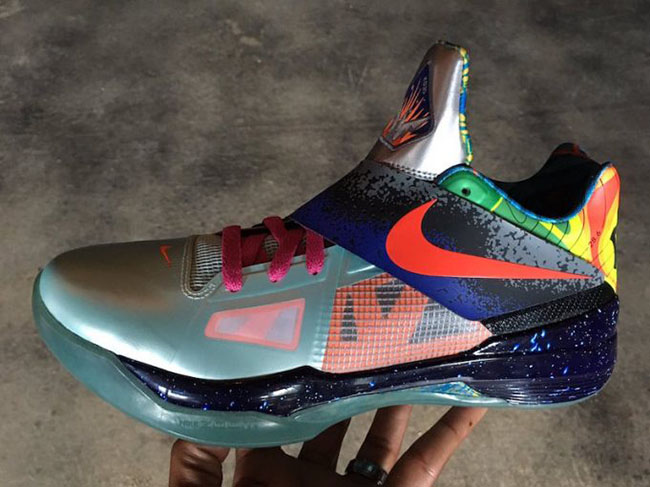 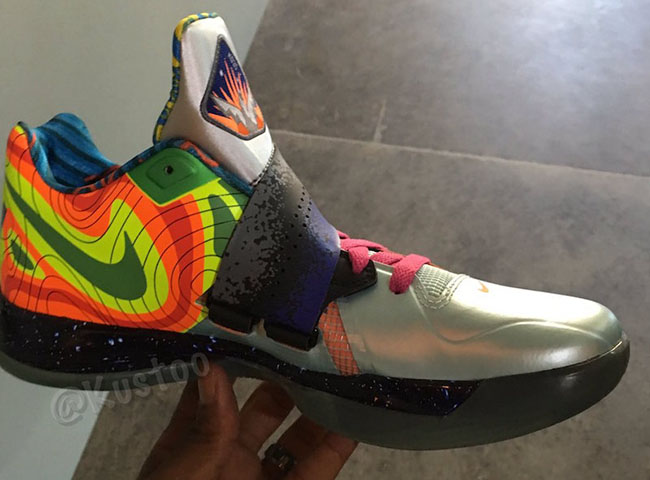