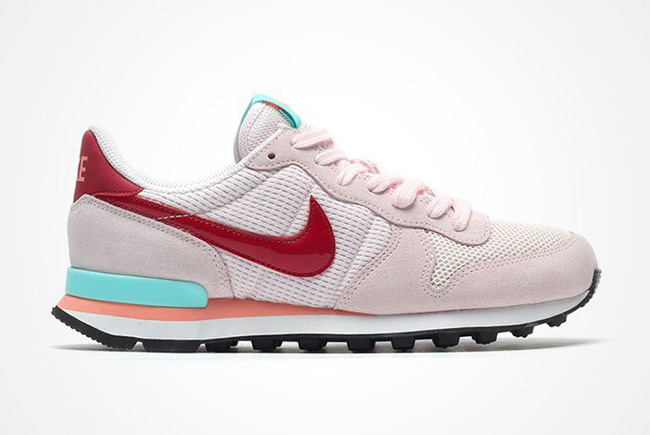 Looking closer at this Nike Internationalist, they feature a Pearl Pink, Noble Red, Hyper Turquoise and Atomic Pink color combination. The light shade of Pink covers the suede and mesh uppers while Red hits the glossy Swoosh and heel. Atomic Pink is hinted on the White midsole while Turquoise wraps the heel cup. Finishing the look is Black running through the outsole.

Keep scrolling to check out more images of the Nike Internationalist Pearl Pink which will give you a better look. At the time of writing, they have started to release at Nike Sportswear retailers overseas like Inflammable. Retail price is €89.85 which comes out to be about $102 USD. Expect additional stores including ones based in the states to have them soon.