By Brian Betschart
May 23, 2015
In
NikeNike Basketball 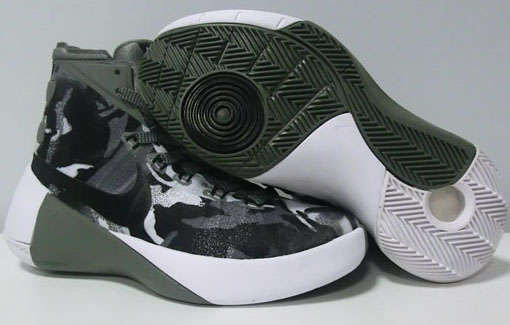 The TB series alone almost has 10 colorways, so we are expecting a lot from the 2015 Hyperdunk. For the pair before your eyes, they use dark grey, black and sail through the uppers which form camouflage print. Moving on down we have a white midsole which is accompanied by a steel green that is also used on the tongue and laces.

For now there isn’t a release date for the Nike Hyperdunk 2015 ‘Camo’, but some color schemes are expected to drop during the Summer. 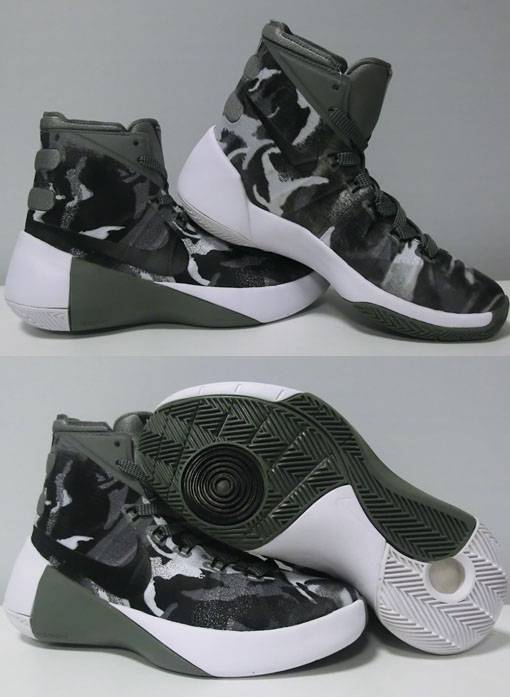 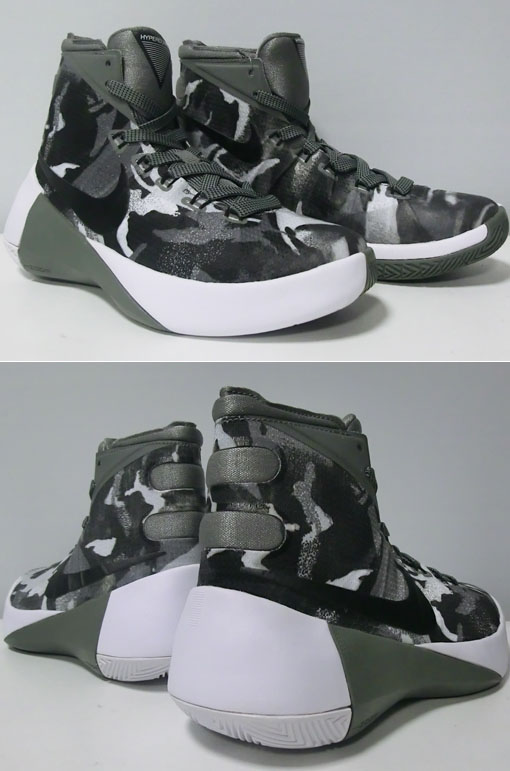