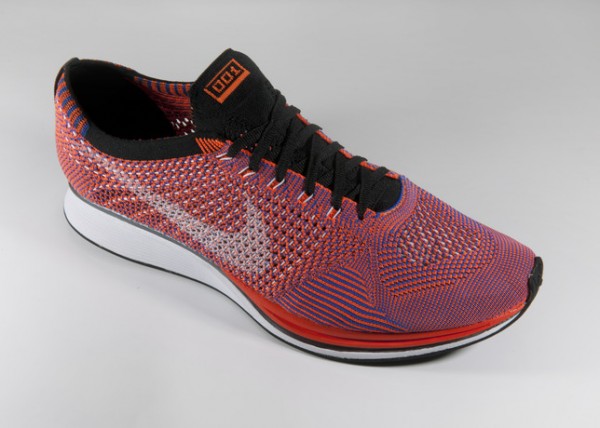 Capping off the trio of releases from the second installment of the Nike HTM Flyknit Collection is a Total Orange colorway of the Flyknit Racer.

Decked out in a predominately orange Flyknit upper, the kicks sport additional hits of blue woven in throughout while the contrasting Swooshes are done up in white. Black appears around the collar and on the tongue, laces and outsole while the kicks sit atop a white and orange midsole.

Like the Grey/Volt and Black/White HTM Flyknit Trainers, these hit NikeStadium Milano, 10 Corso Como and Excelsior in Milan yesterday in extremely limited quantities. Additional limited releases are slated for April 22nd in NYC at 21Mercer, April 22nd in London at 1948 and April 27 in Tokyo Nike Harajuku and Dover Street Market in Ginza. 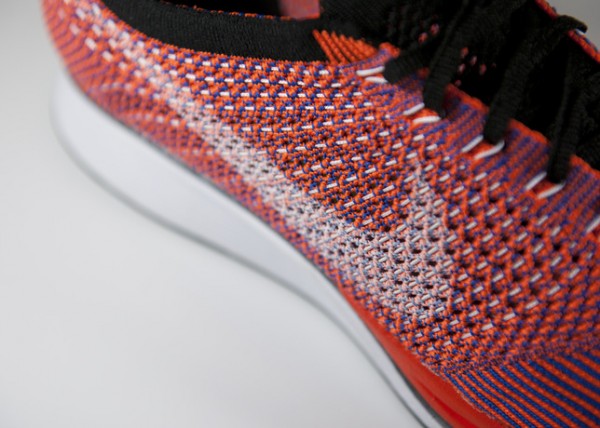 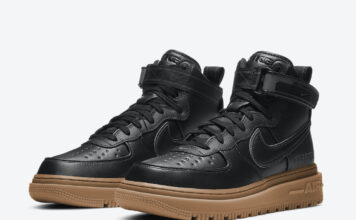