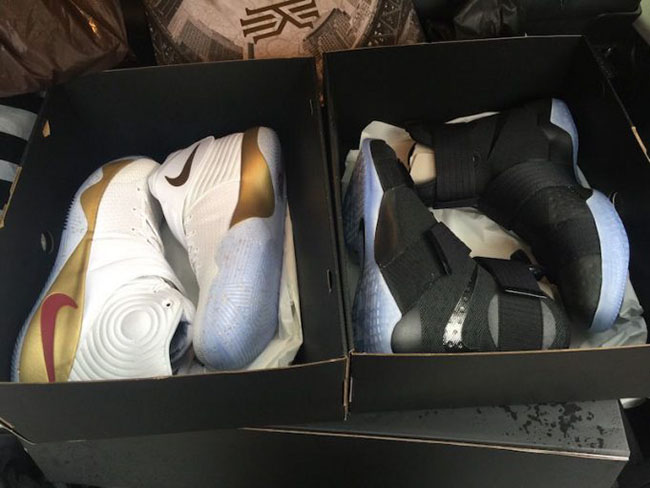 The pack includes both pairs worn by LeBron James and Kyrie Irving during Game 3 of the NBA Finals. The Kyrie 2 features a White upper, Metallic Gold across the midsole and a Red Nike Swoosh. They are completed with an icy outsole. The LeBron Soldier 10 uses Black through the uppers along with a translucent sole.

The Nike Four Wings Game 3 Homecoming Championship Pack is set to release this Saturday, October 22nd, 2016. This will be a limited release with select Nike Basketball retailers having them. Select Foot Locker locations as well as the House of Hoops truck in Cleveland are amongst two locations. Below you can see the full list.

If you would like to ensure you get a pair, sizes have already landed on eBay. 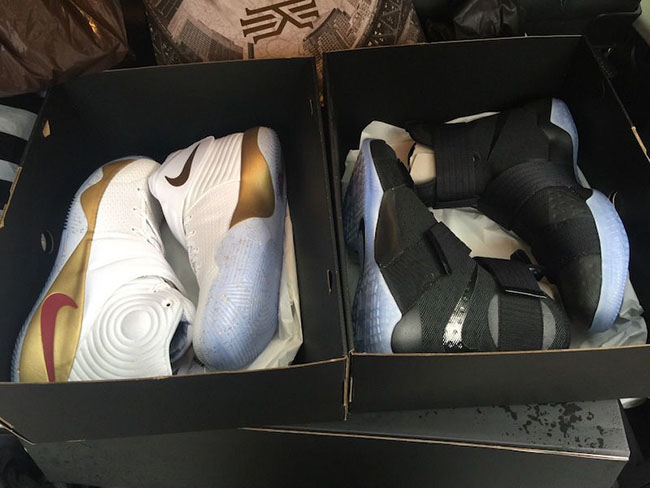 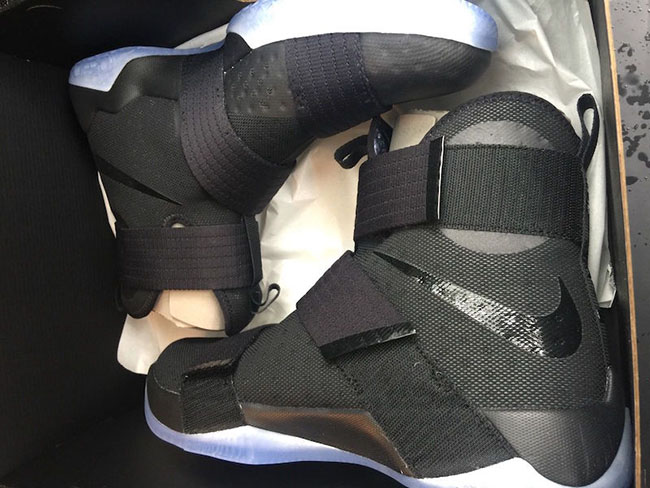 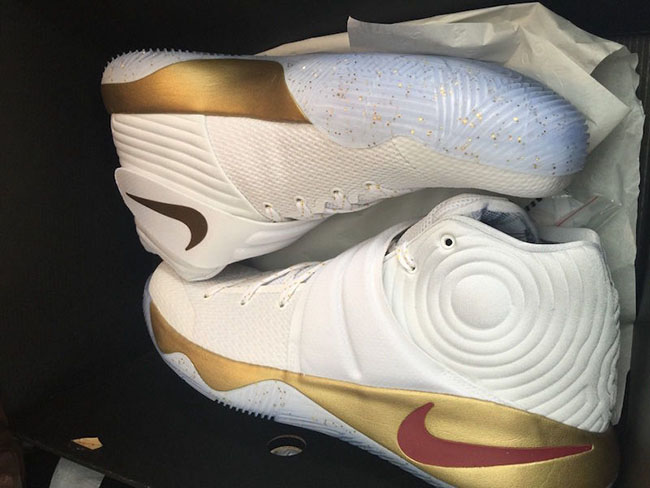 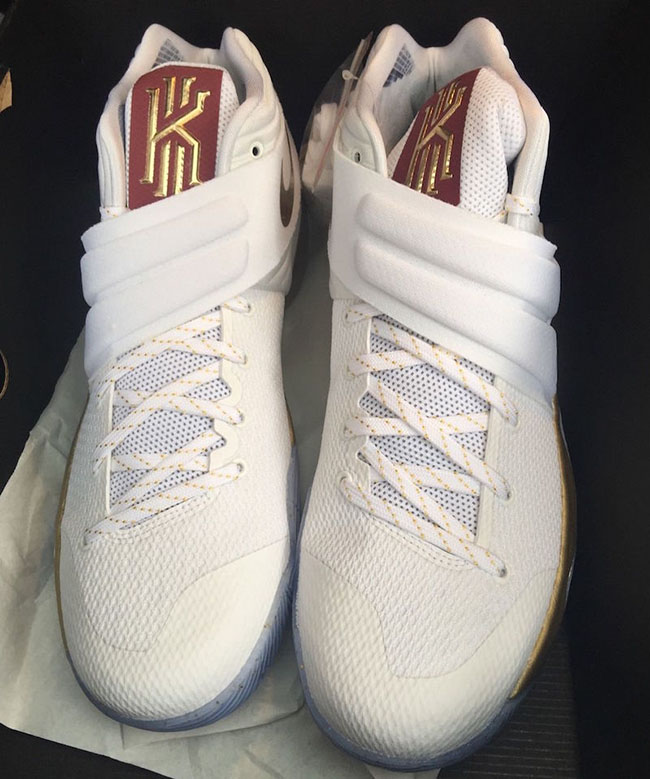 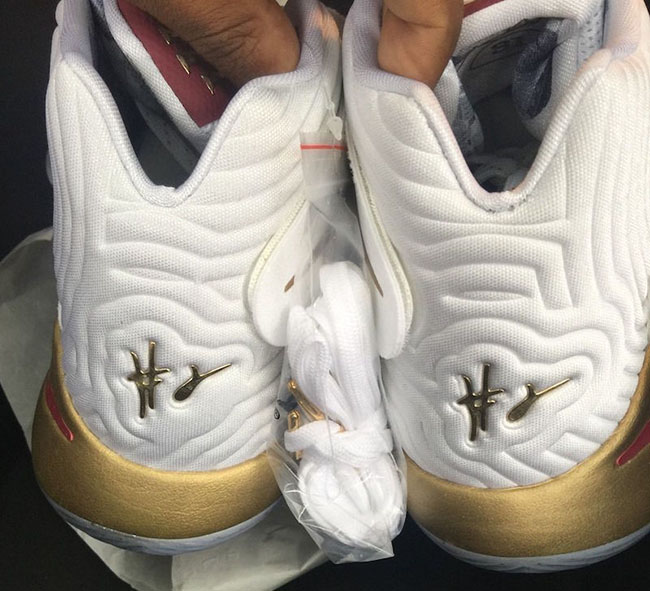 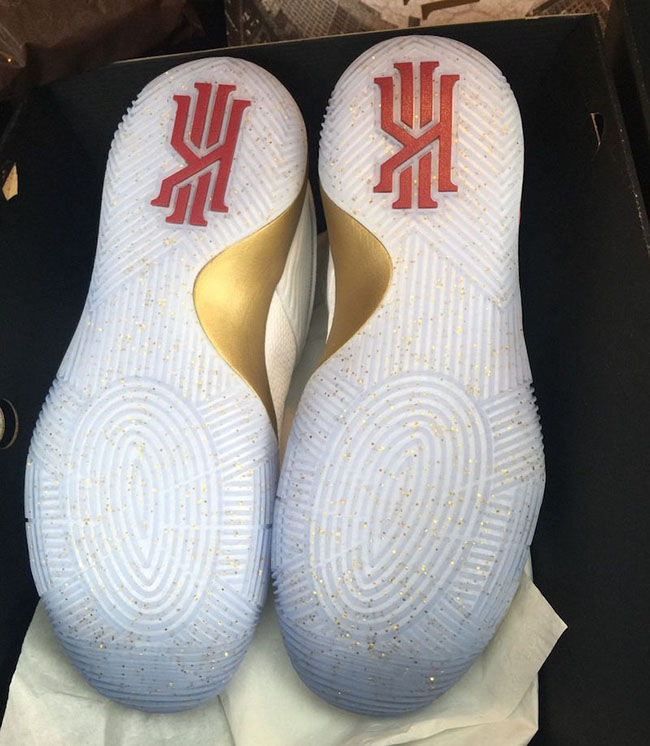 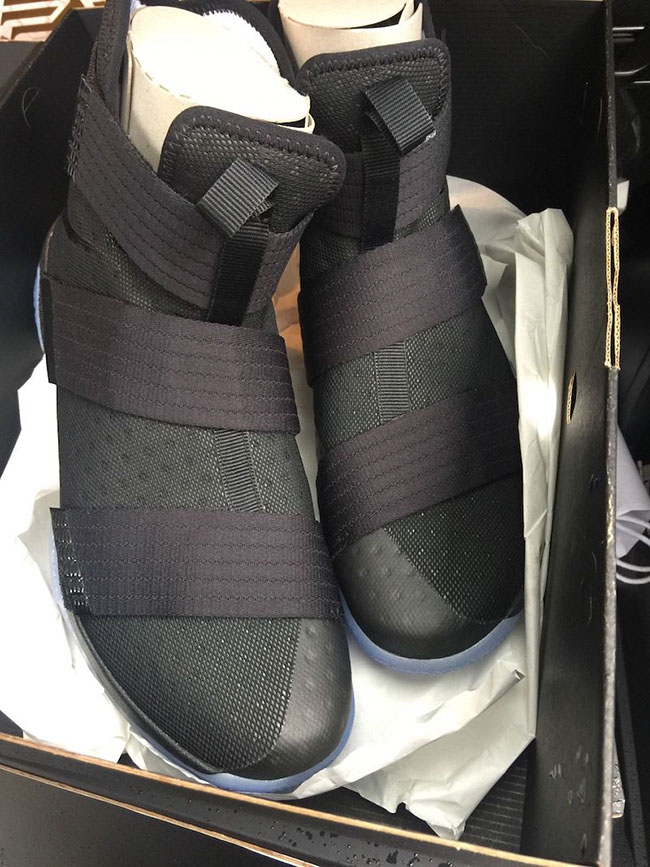 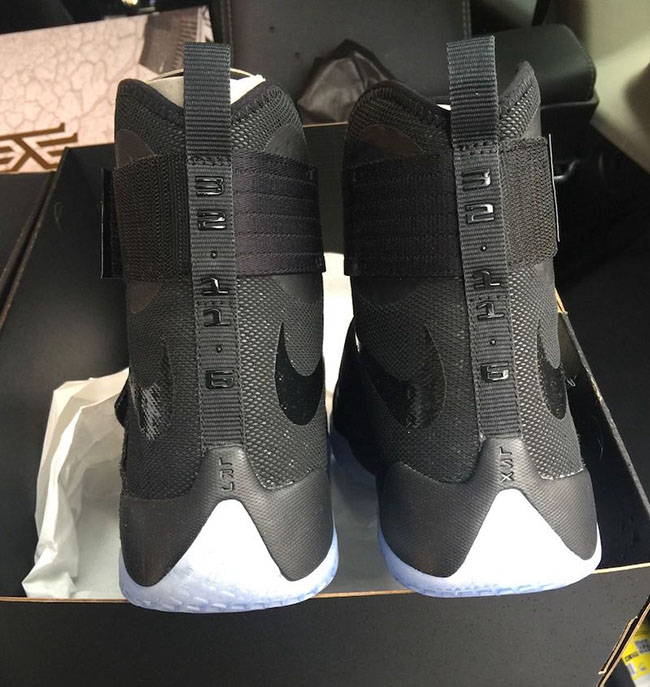 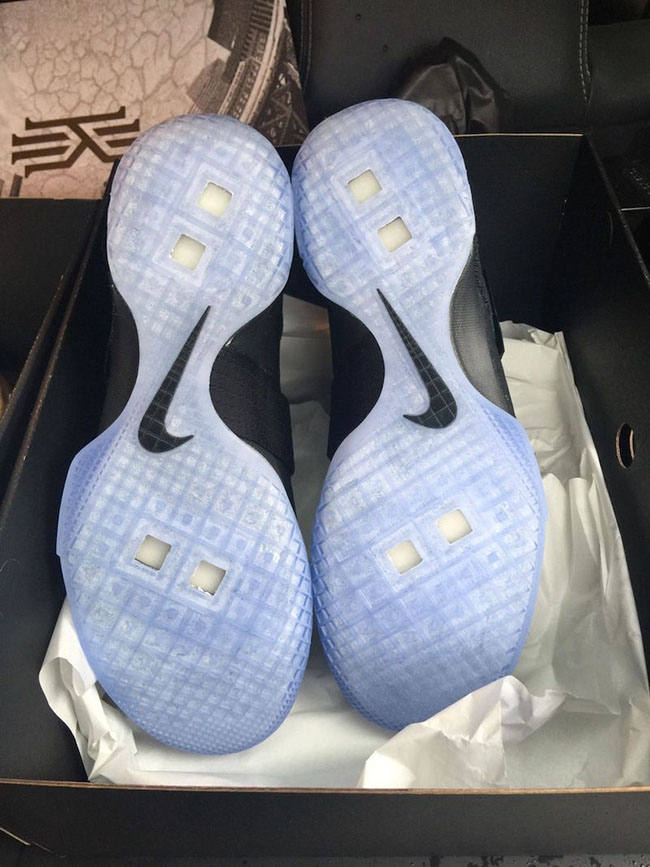 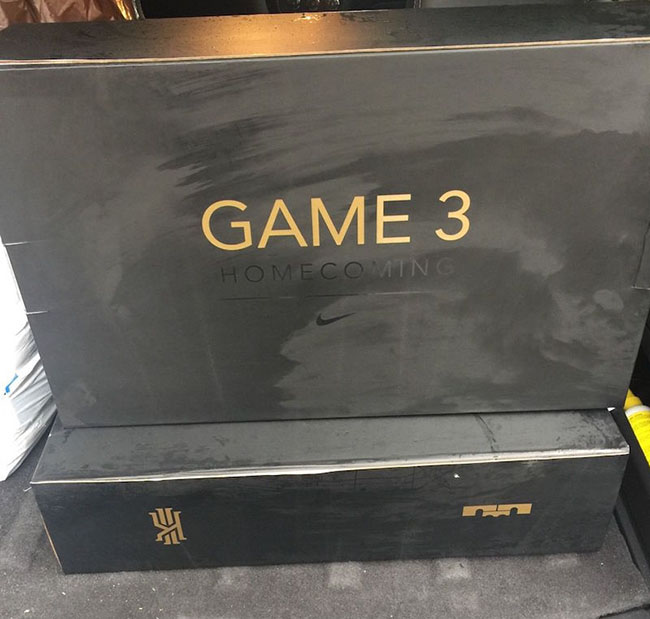