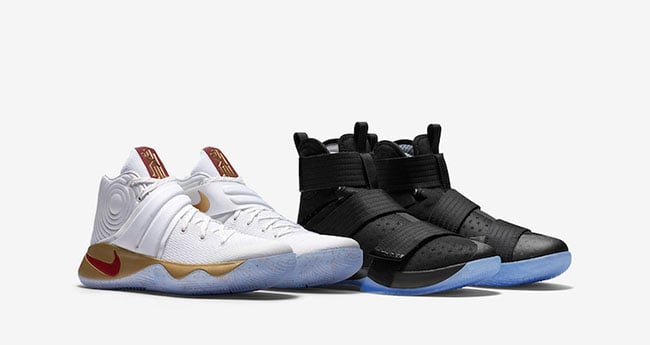 Nike Basketball along with Kyrie Irving and LeBron James will celebrate the Cleveland Cavaliers NBA Championship. The release is known as the Nike ‘Four Wins’ Pack, aka Game 3 Homecoming.

Including in the pack is the Nike Kyrie 2 and the Nike LeBron Soldier 10. Each of the color themes shown were worn by Irving and James in Game 3 of the NBA Finals. The LeBron Soldier 10 features predominate Black along with a translucent outsole. The Kyrie 2 uses White across the uppers, Red on the branding and Metallic Gold. Finishing the pair is also a translucent outsole.

The Nike Four Wins Pack is set to release this Saturday, October 22nd, 2016. This will be a limited release where you can pick them up at the House of Hoops truck located in Cleveland. In addition, select Foot Locker stores and other Nike Sportswear retailers will have them. Below you can check out additional photos. 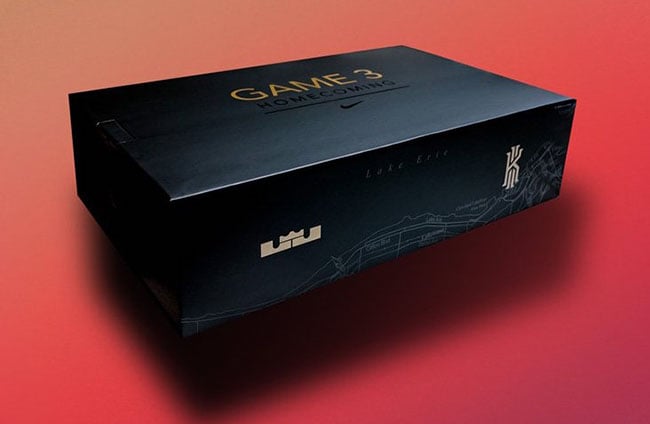 This is the Game 5 ‘Four Wins’ Champ Pack 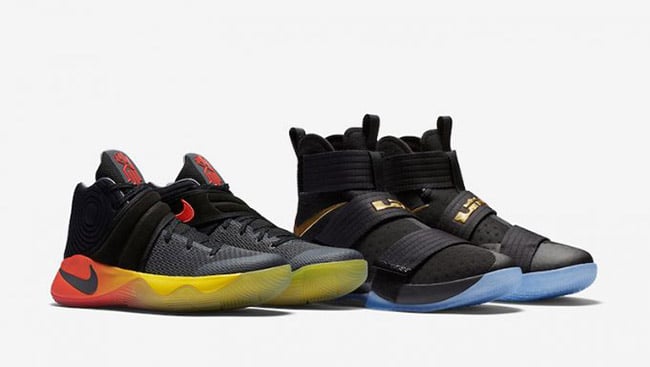 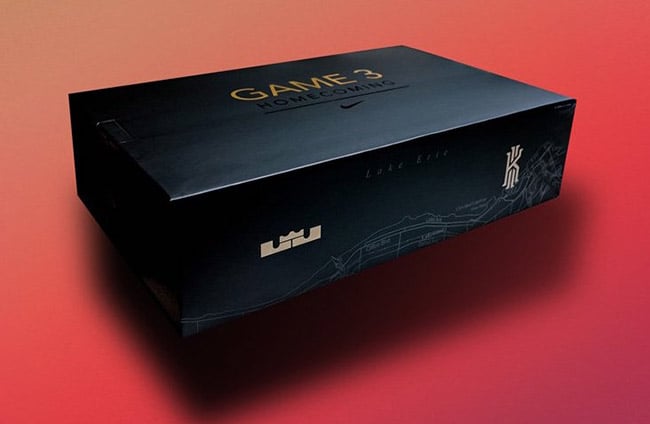