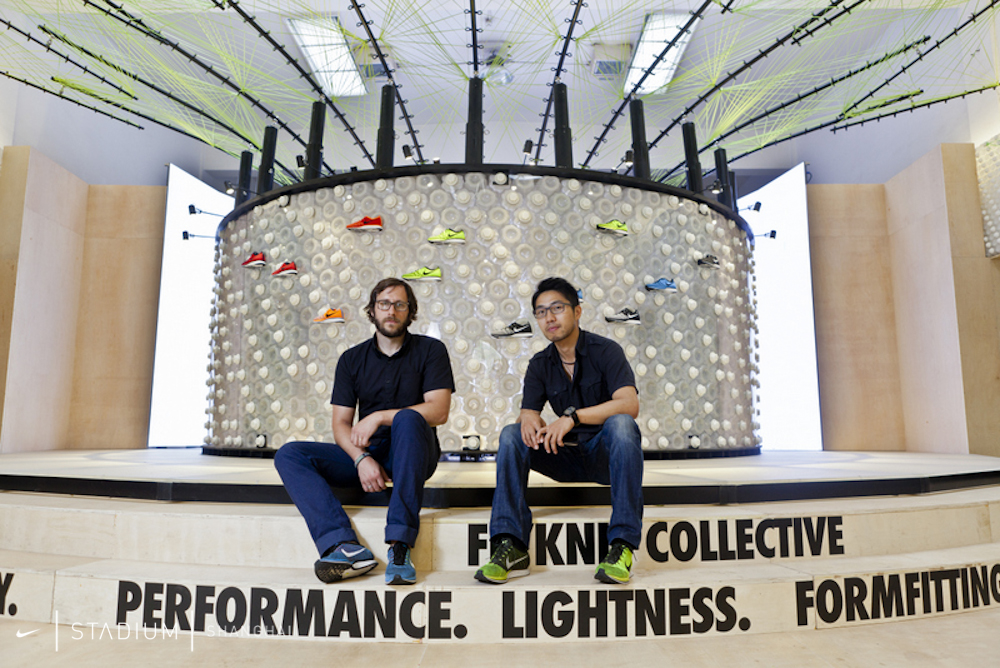 After months of preparation and weeks recruiting top young creative talent to Shanghai, the Nike Flyknit Collective officially launched its first workshop – SUSTAINABILITY – with the backdrop of part of global innovator Arthur Huang’s “Feather Pavilion” occupying one side of the corridor of a custom workshop studio. On the other side of the corridor, the region’s largest cross category grassroots sports consumer event  – the Nike Festival of Sport – was being activated just outside.

The 25 young innovators were divided into territory teams, who followed the theme of sustainability by using extra POLLI-Bricks, one of Huang’s signature innovations, from the Feather installation to devise a new game or sport that is related to running. The teams convened at the Festival of Sport’s track and field area, where elite athletes, celebrities and sports enthusiasts were speeding around the track. 2,000 POLLI-Bricks – and some inspirational ideas based on runners’ movements -later, the innovators’ conventional perception of sport was challenged in a scenario when they were confronted with little time and even fewer resources to create something that promoted movement or sport.

Team Beijing won the challenge with a fantastic expression manipulating POLLI-Bricks, volt green thread and water.  Dubbed the “Hex-Knit”, it serves as an agility and training machine for runners and athletes. 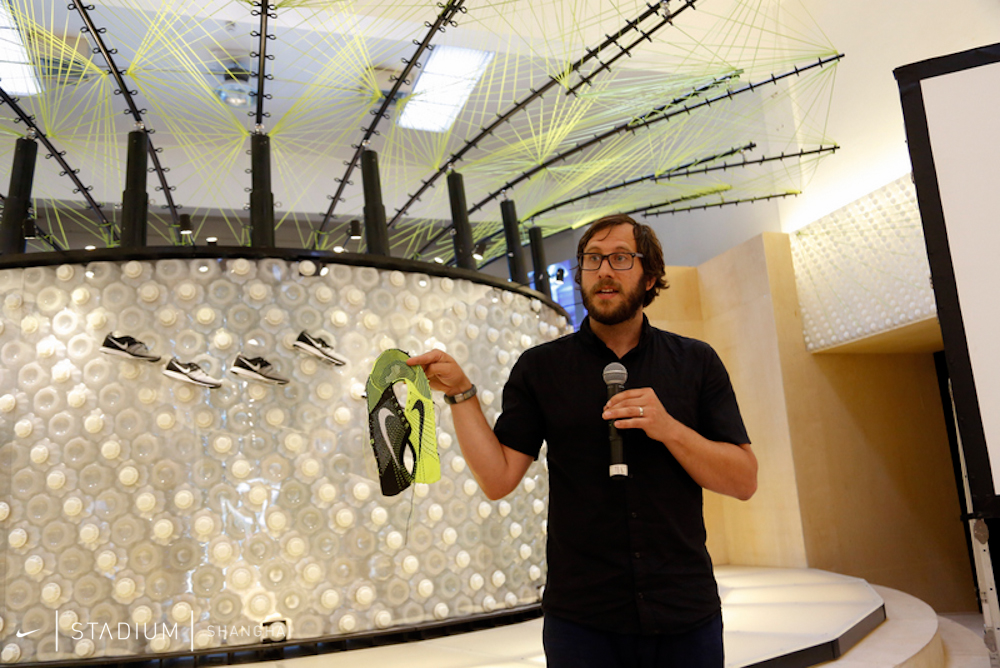 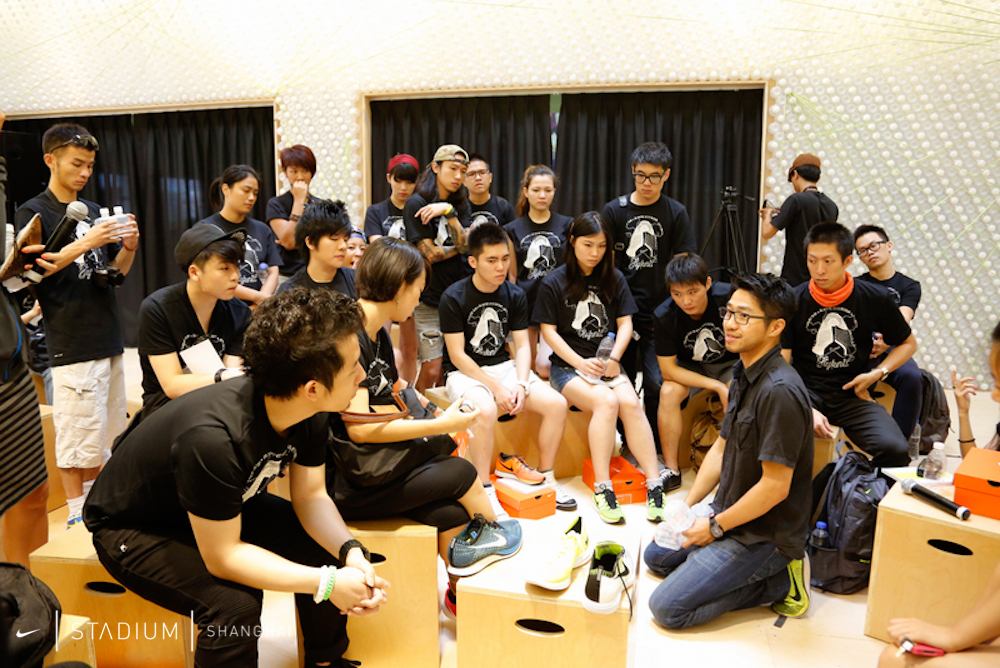 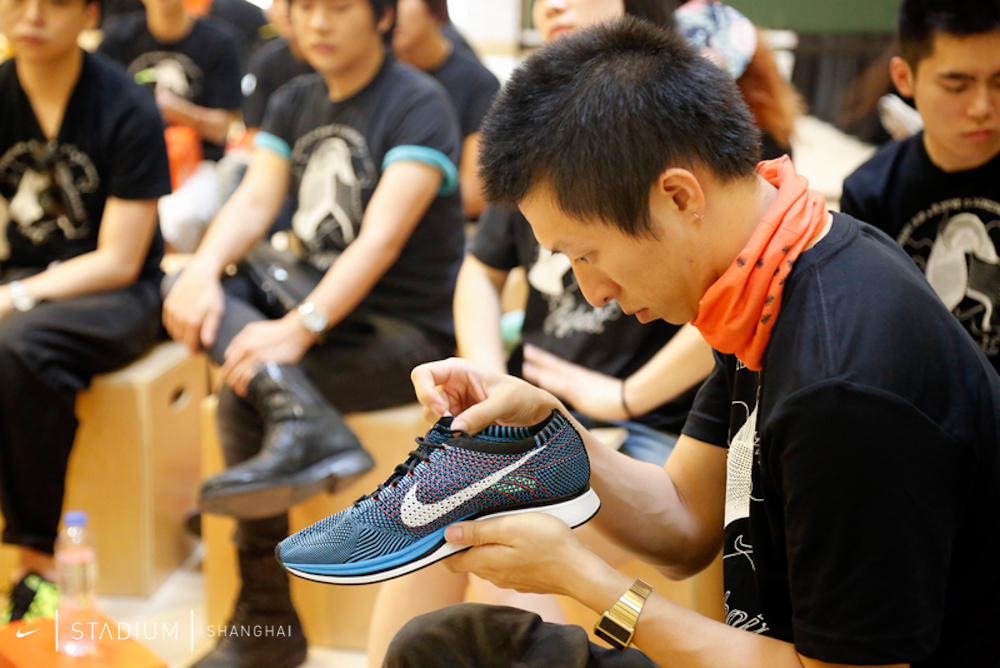 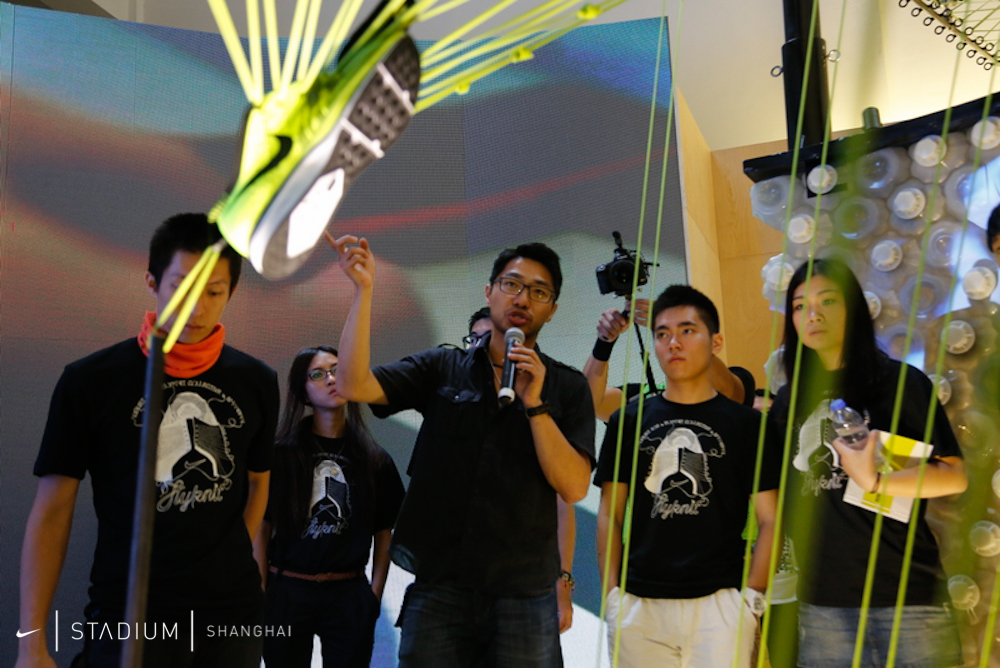 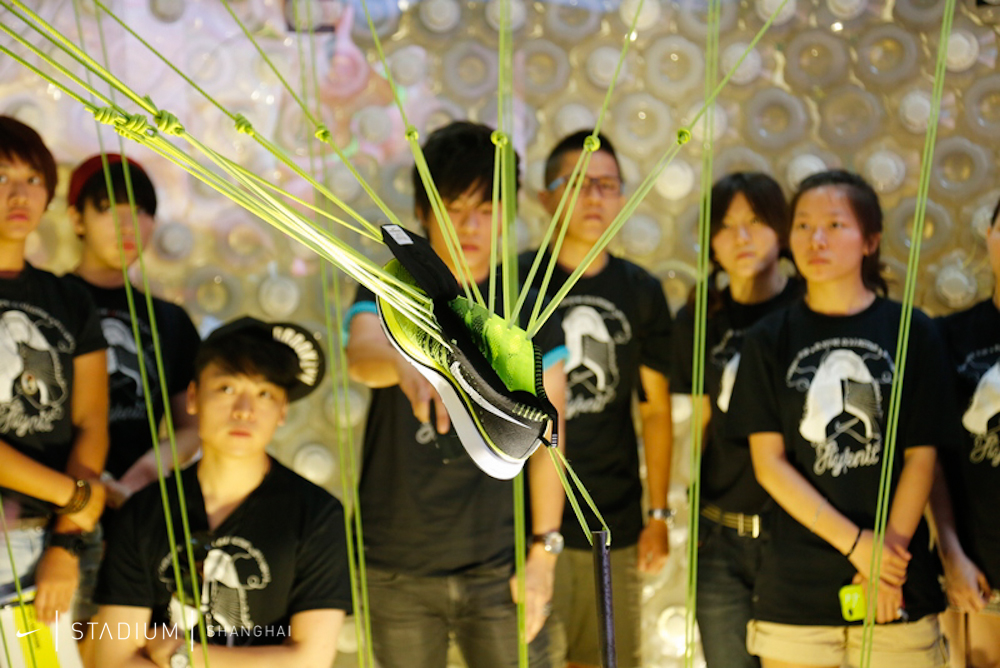 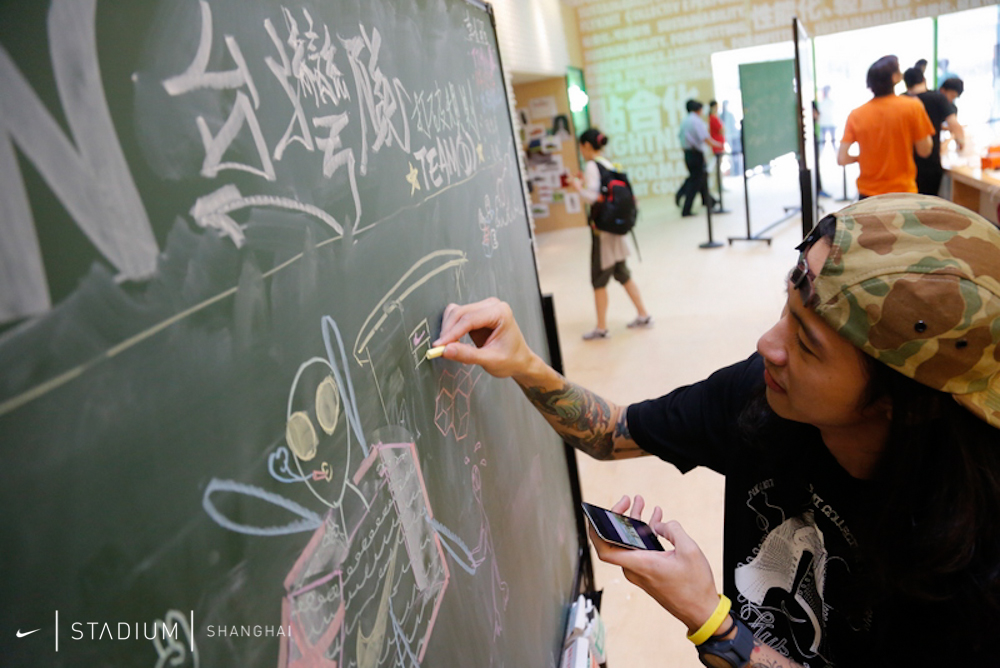 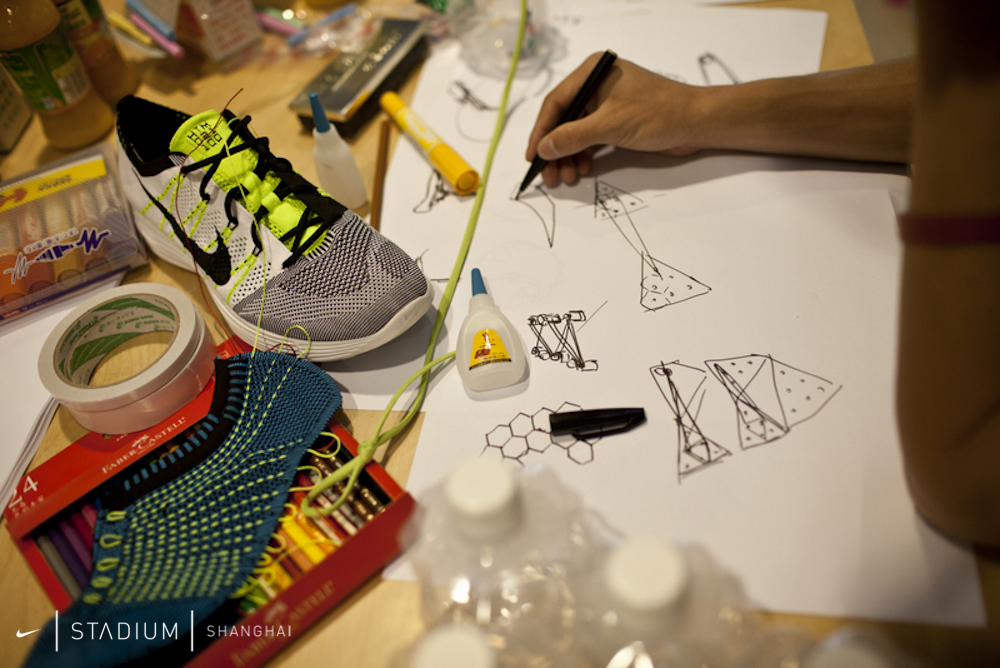 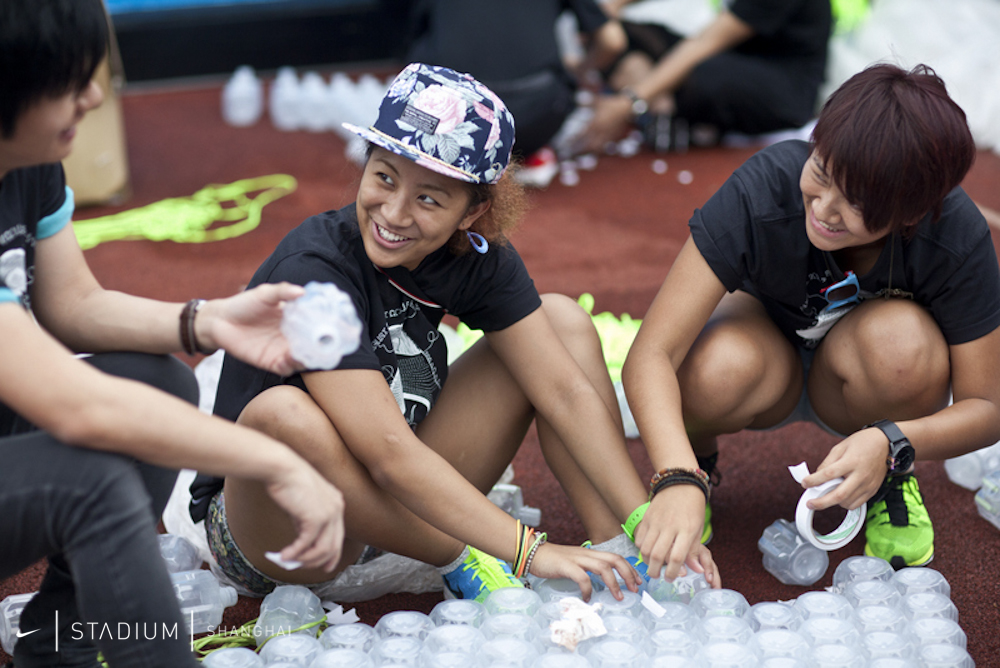 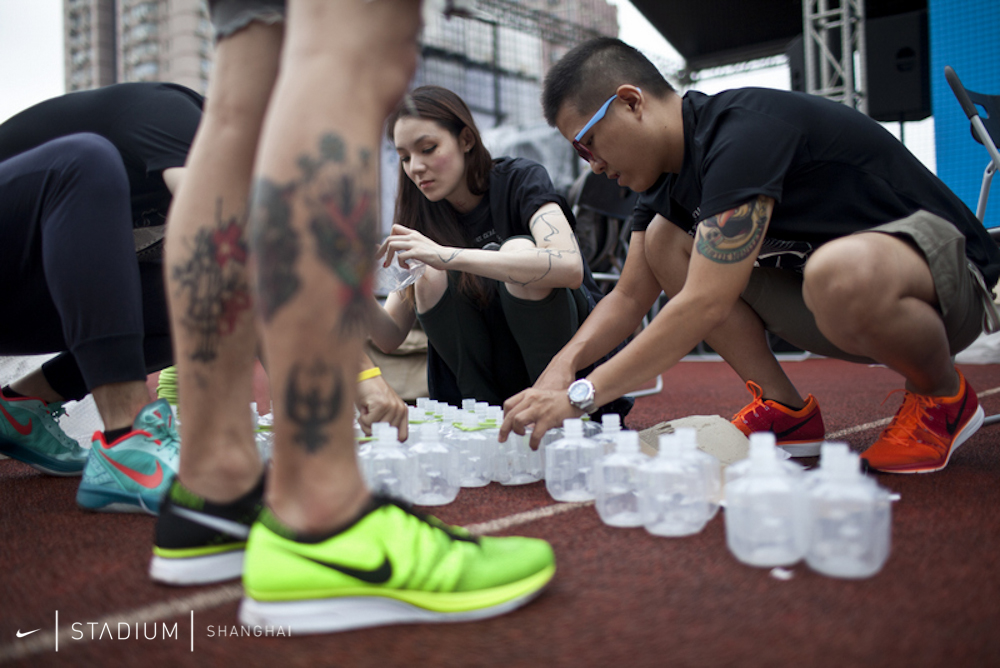 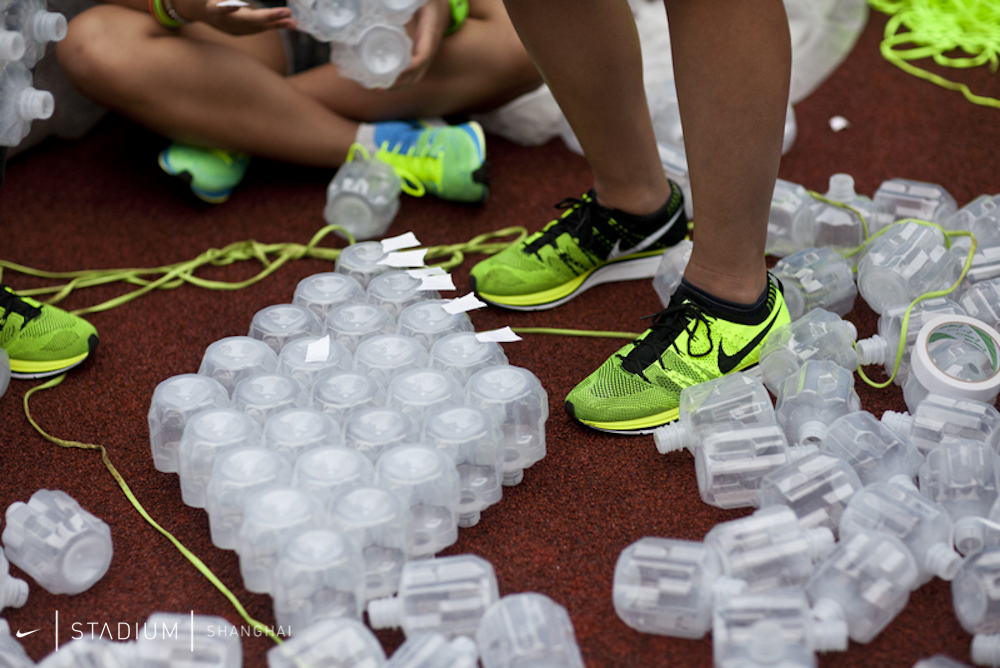 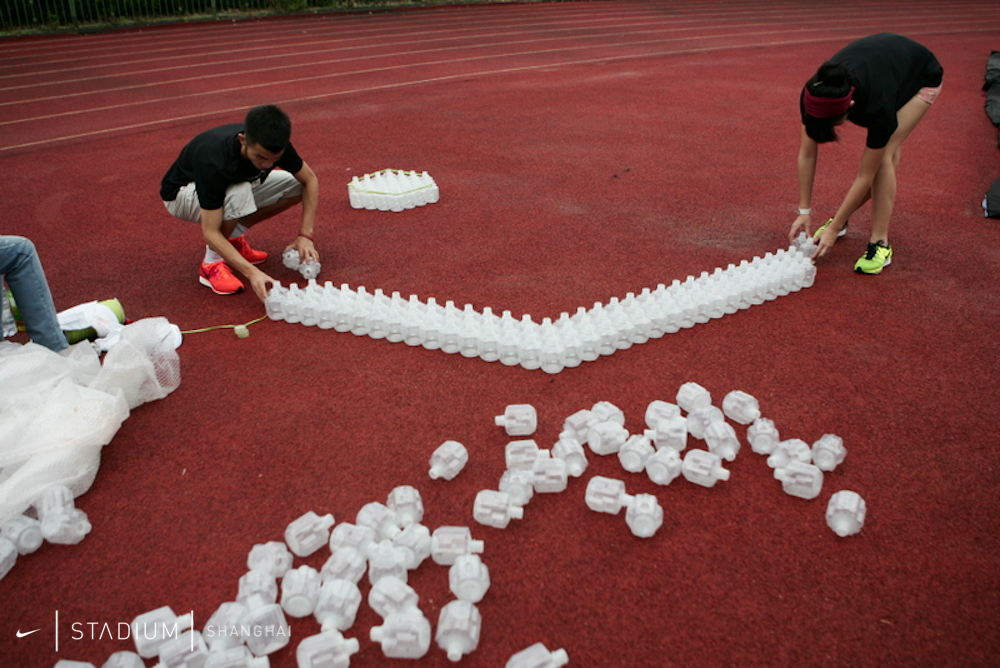 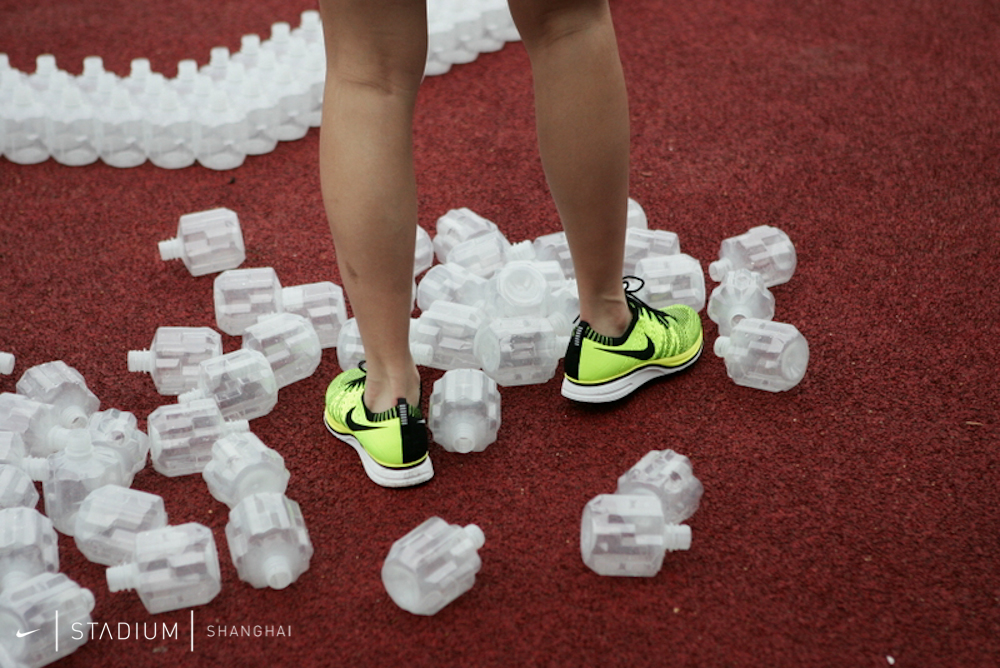 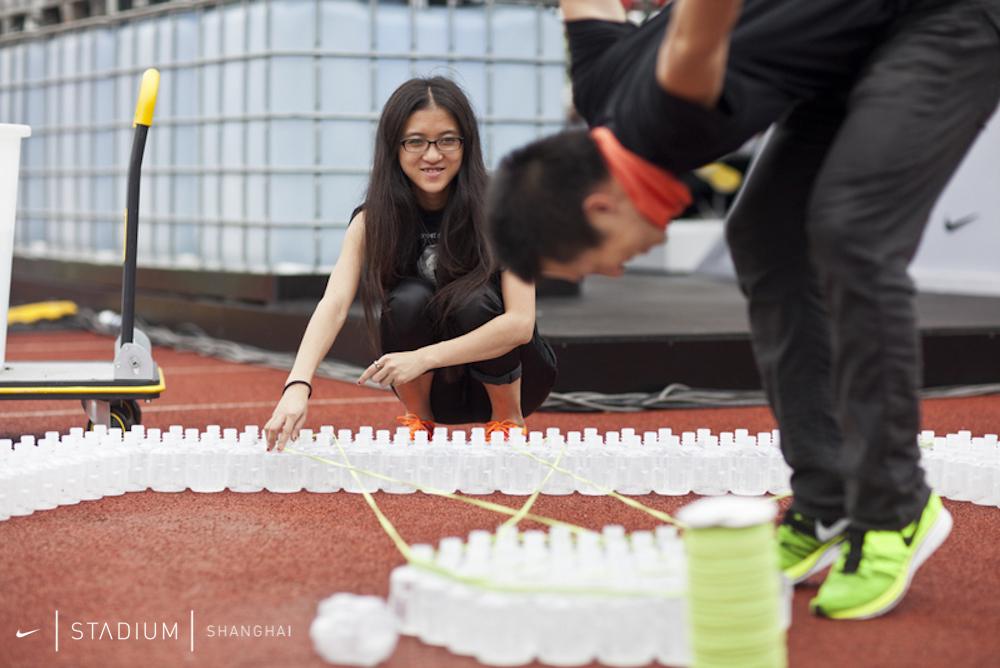 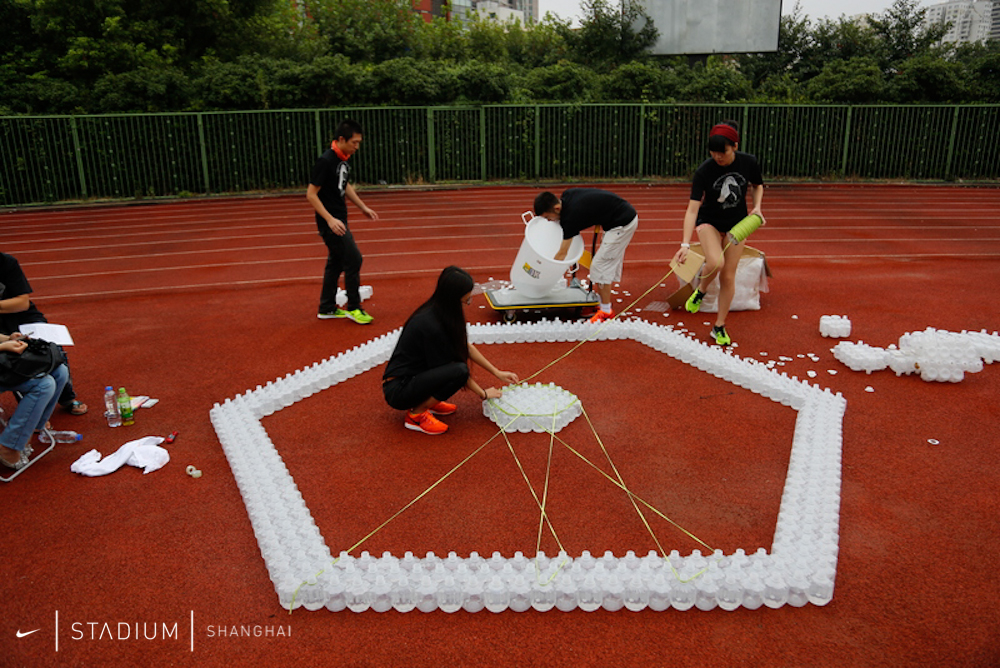 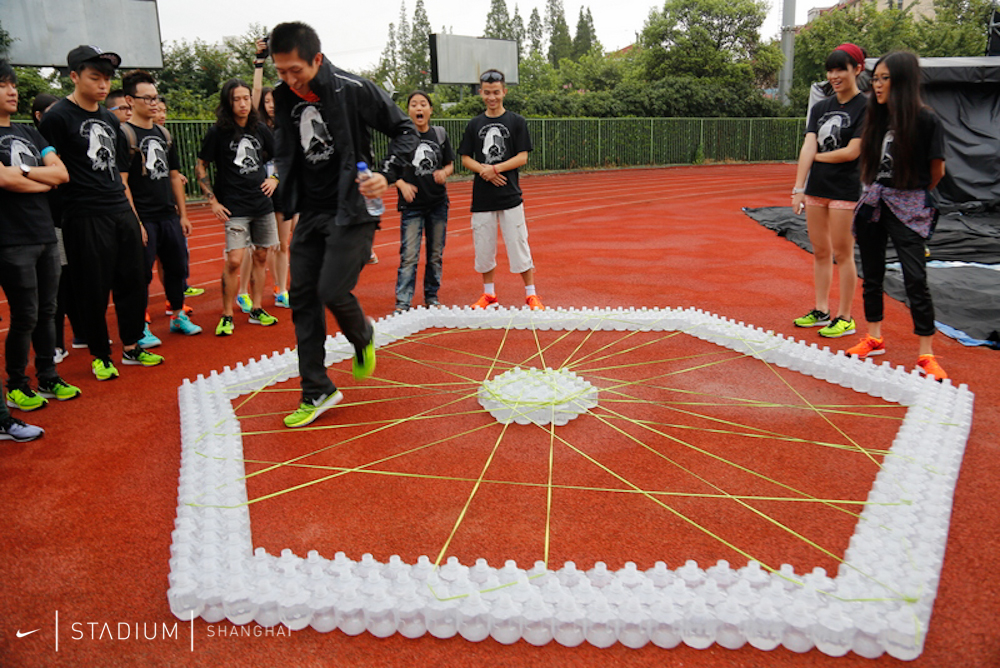 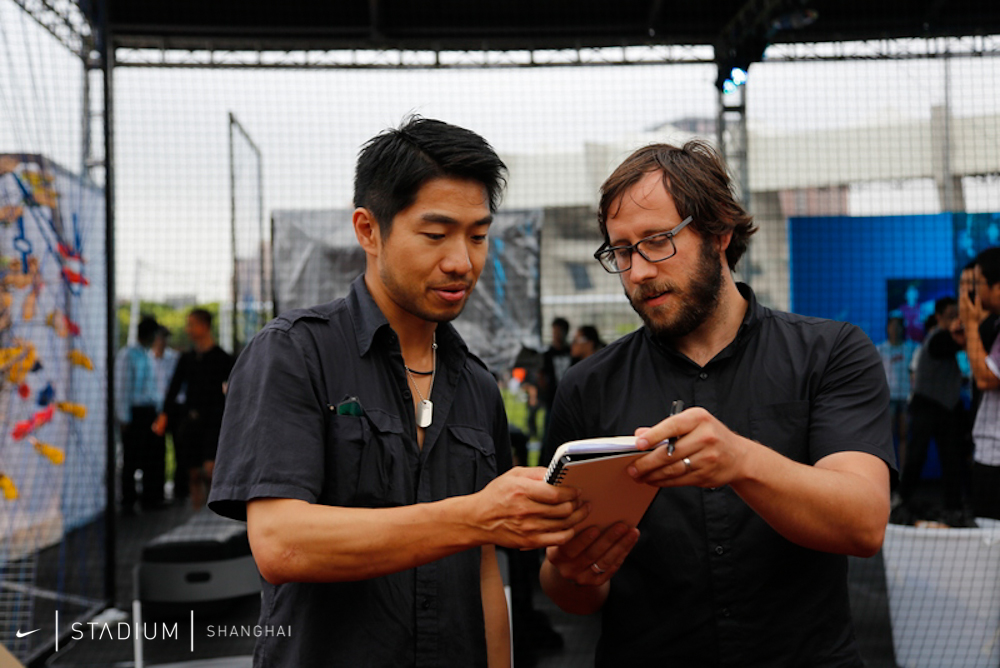