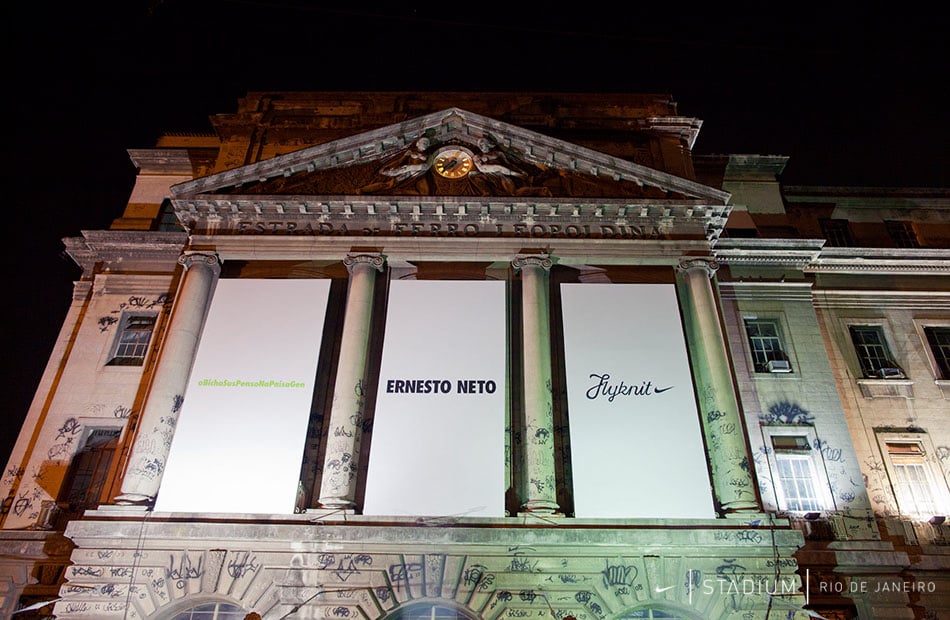 Participants were welcomed by Energy Marketing Coordinator at Nike Aori Sauthon, who put together the workshop and lectures. Global curator Neville Wakefield introduced the concepts of HTM Nike Flyknit and spoke about the importance of rethinking the functions of design, and how to combine them with the human body. Then the Nike Flyknit Collective curator Ernesto Neto spoke about his work,ObichoSusPensoNaPaisaGen, and the relationship between body, art and performance–the intrinsic concepts of his creation and also of HTM Nike Flyknit.

“About the performance issue and specifically at this work, everything converges. Bicho needs to support people, everything is calculated and it has to be well planed. The sport, on its turn, has the victory issue, the limit, the accuracy, the velocity. It’s about an experience with the body. The human form issue and the “fit”. The focus of everything here is the human being. The body is what matters, not the object. Dress and strip,” Neto said.

Neto also presented other of his sculptures, all of them linked to the human body, and told some curiosities about the manufacturing of each one and how is done the biodynamics study on his works.

“Nike used to cut the fabric, use it to make the sneakers and throw or give away what was left. Me, in my pieces, was also used to cut the fabric and throw away what was left. Now with my knitted sculptures or with Nike Flyknit, everything is made out of a thread and you don’t have that kind of waste anymore. When I realized, we were talking about the same thing, searching for the same ideas in biodesign, performance and sustainability.”

Nike footwear senior designer Mark Miner also spoke about the HTM Nike Flyknit and its innovative concept. He believes that when you create with the human body in mind, the work itself takes a different turn, once you can visualize the person who will use the product.

“I have to start wondering: what do athletes need? Comfort and safety. That’s the reason for the innovated material and fabric. This way was possible to reach the lighter result we were looking for, with a show that gives the impression of wearing just socks, thanks to innovative technology. It allows the upper part of the sneaker to be adjustable to the foot shape, besides the possibility of cooling, very important in Rio, that is a tropical city.”

Mark also talked about the importance of sustainability in his work:

“We removed as much elements as we can. Besides style, we think about the world we live in and its needs.”

Charlie Dark was the last one to speak and he not only told the story of how Run Dem Crew was born, but also spread his enthusiasm and love for running. As soon as he arrived, he invited everyone to stand up and do one of Run Dem Crew’s running warmups to relax and make the energy flow.

Run Dem Crew started 5 years ago, when Charlie saw London Olympic Park and was promised that the community would be able to enjoy the place to work out after the games were over.

“At first I didn’t believe. In London, people are not used to run as much as here in Brasil, for example. I kept thinking about it for a while. Shortly after that, a great friend has died in his sleep. His funeral was more like a party, with about 1.500 people, a lot more than he used to meet when he was alive. I think we own this to the social networks, that gives us the impression of knowing so much more people than we imagine. From that day I decided I wanted to have the people that I love around me, in a way I can touch them.”

Charlie–also a DJ, a poetry and creative language teacher–said that he was extremely sedentary and had the worst possible diet, which contradicted his Nike sneaker collection. That’s when he decided to give a new direction to his life, finally put on one of the shoes to run, but it didn’t last long…

“I left home, I ran for about five minutes and stopped because I needed to breathe. I couldn’t breathe and the street was filled with people. I was quite embarrassed, but I like challenges so I didn’t give up. I decided to run in the middle of the night so nobody could see me and my resistance started to get better. Then I decided to start a secret group. At the beginning, the participants were imaginary, so I could have a little credibility. From this point, other people started to come and my desire was that Run Dem Crew was like a big party, where everyone wants to go. So I invited friends, artists, until all London was running and partying with us! ”

He says that his running style is different: having fun is what matters.

“Medals are cool, but nothing is more rewarding than being happy”.

After hearing Dark’s story, participants were creatively challenged. They split in three groups and, just like the athlete, had to come up with a name, logotype and slogan for their groups. They took 15 minutes for creation and one minute for presentation. After that, they were straight out to warm up for the run, around Leopoldina Station. 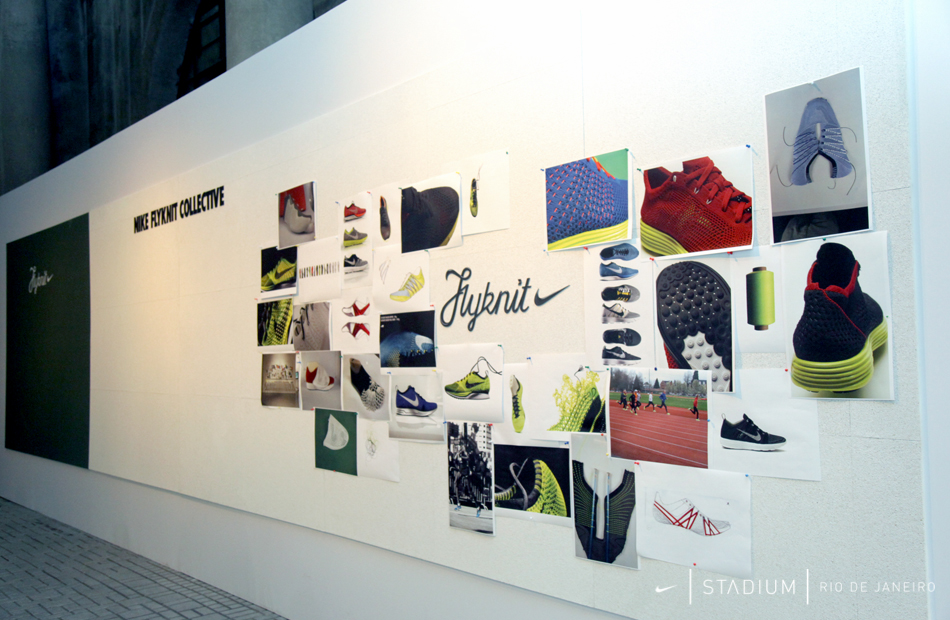 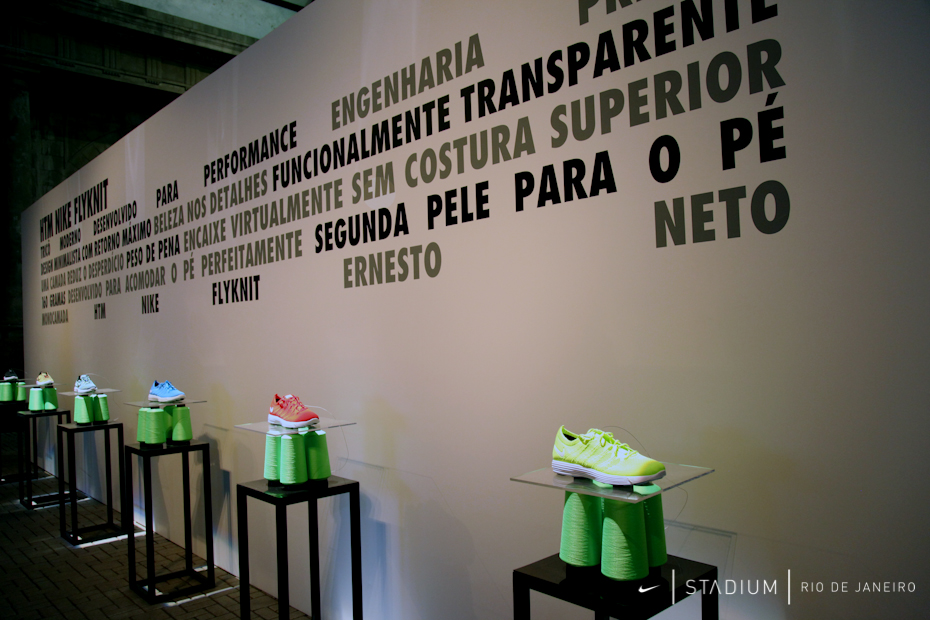 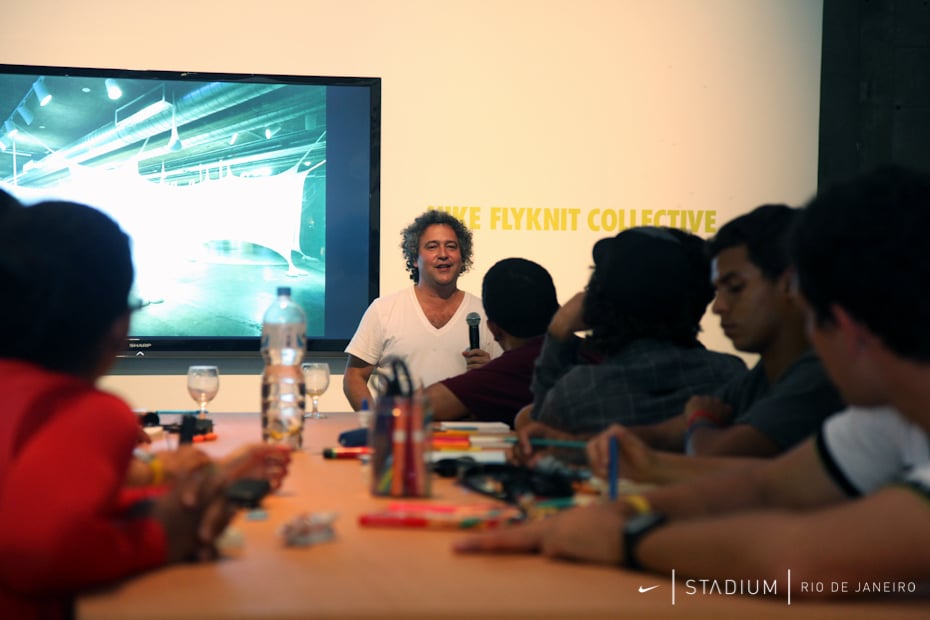 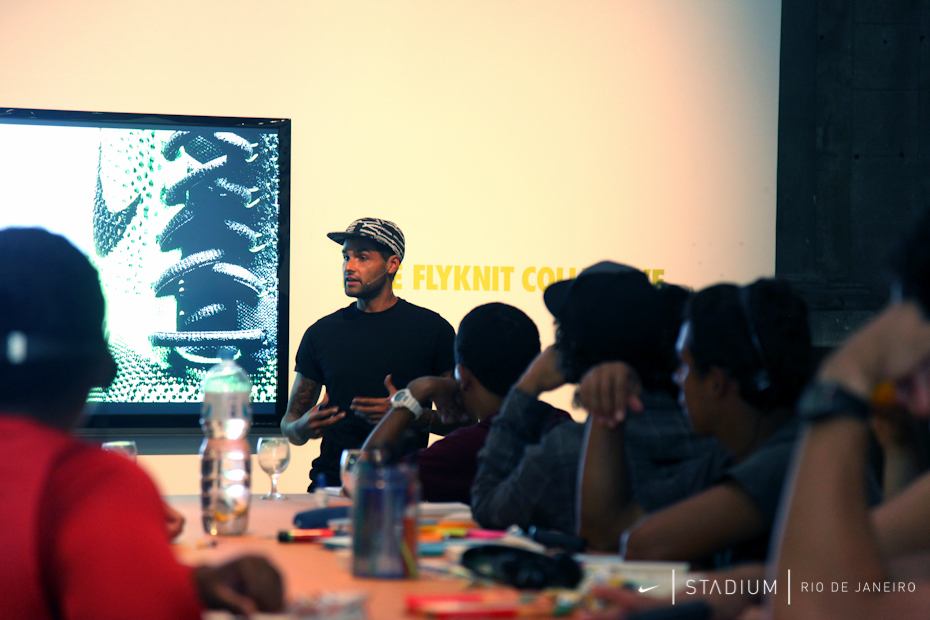 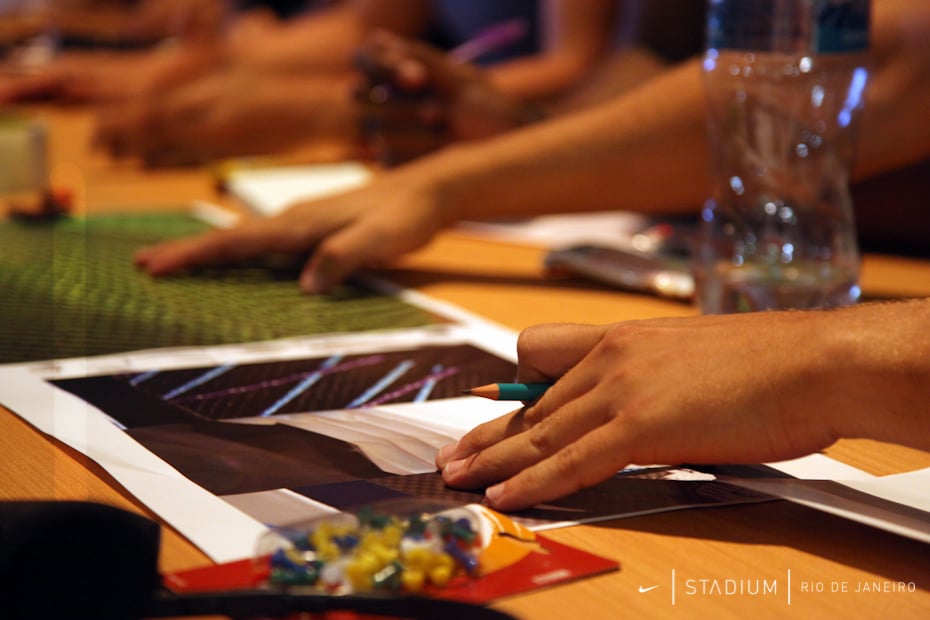 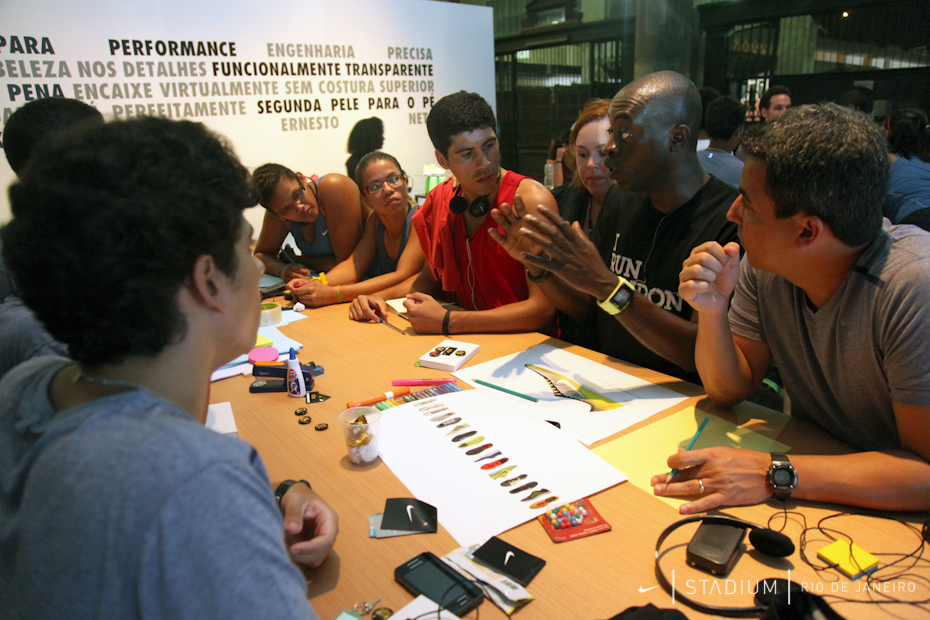 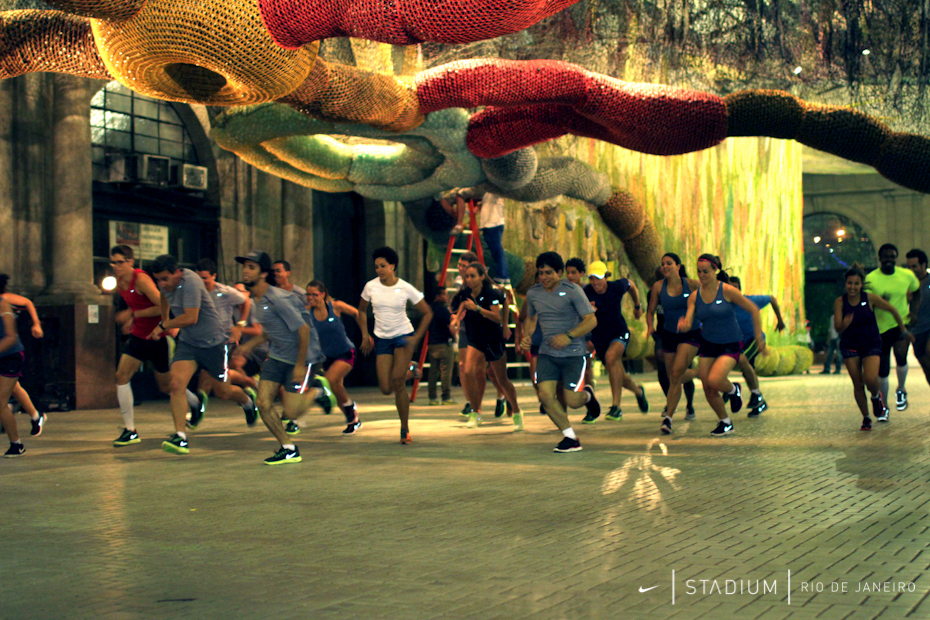 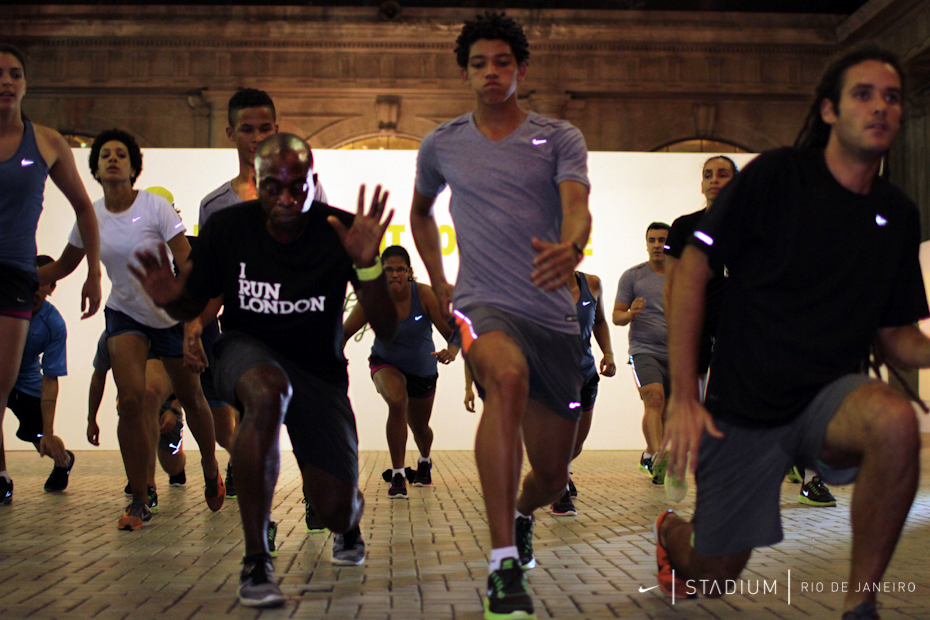 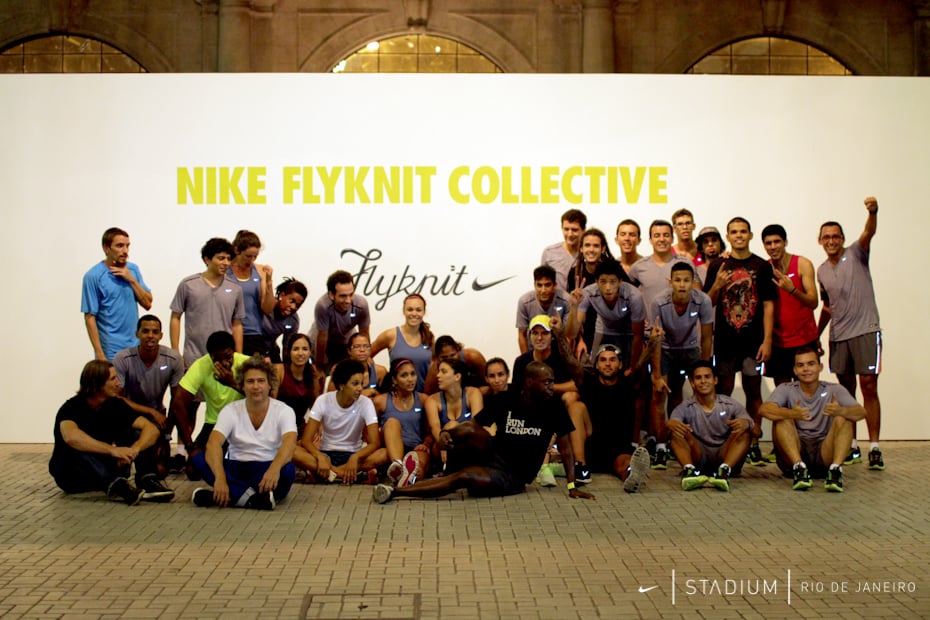 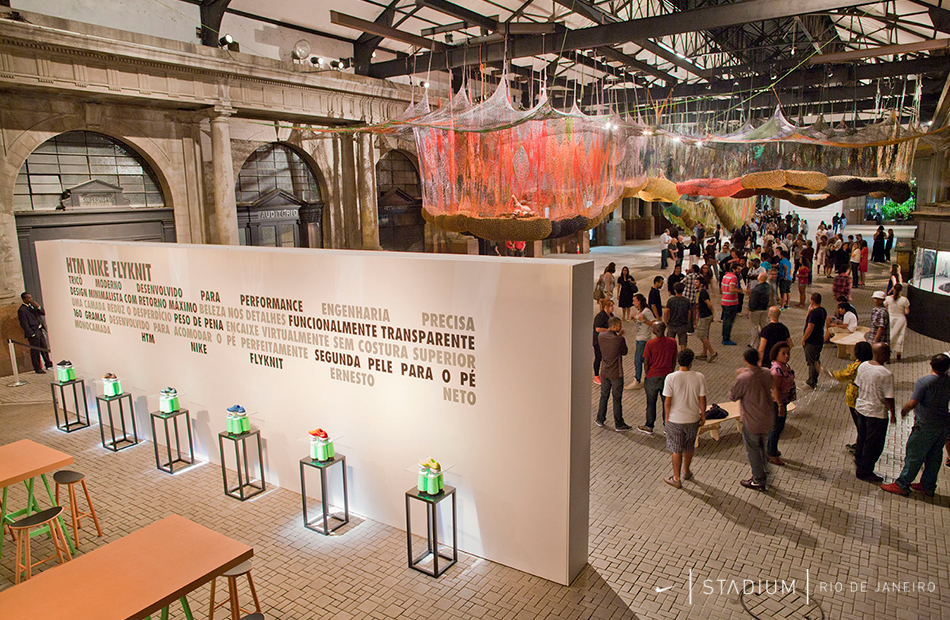