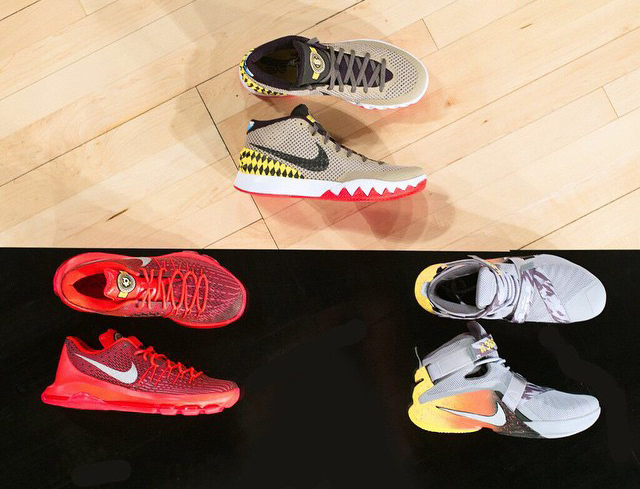 After showcasing the Kyrie 1 Warhawk apart of the Nike Basketball EYBL The Academy collection, two more pairs are also are in the pack. This includes the Nike KD 8 and Soldier 9.

For those that don’t know, the Nike EYBL Academy Camp hosts the top high school and collegiate players across the country. As well, Nike signature athletes are present like Paul George, Kevin Durant, LeBron James, Kyrie Irving and Anthony Davis.

While the Nike Zoom Soldier 9, Kyrie 1 are unique, the KD 8 actually appears to just be the traditional V-8 release with a few small changes. For example, the tongue will now feature a flight patch that connects to the camp. The Kyrie 1 and Soldier 9 will feature a similar color scheme with yellow, black and rusty like brown. In addition, the two will feature flight patches on the tongue, with the Soldier 9 containing a yellow, orange to black gradient on the side.

Still it appears that the Nike Basketball The Academy EYBL collection will be a friends and family release to participants of the camp. This is unfortunate as we have seen a lot of buzz surrounding the Kyrie 1. Check out additional images below. 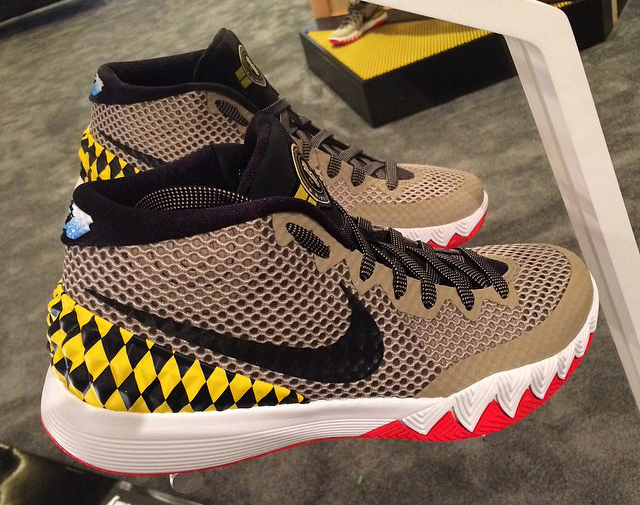 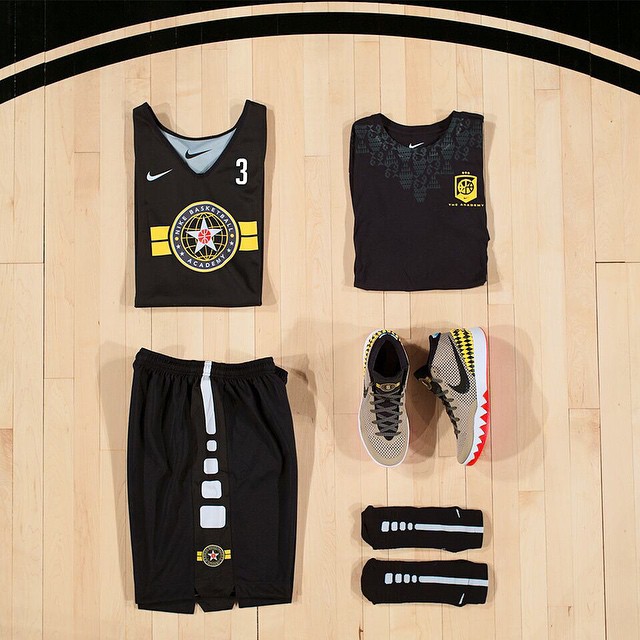 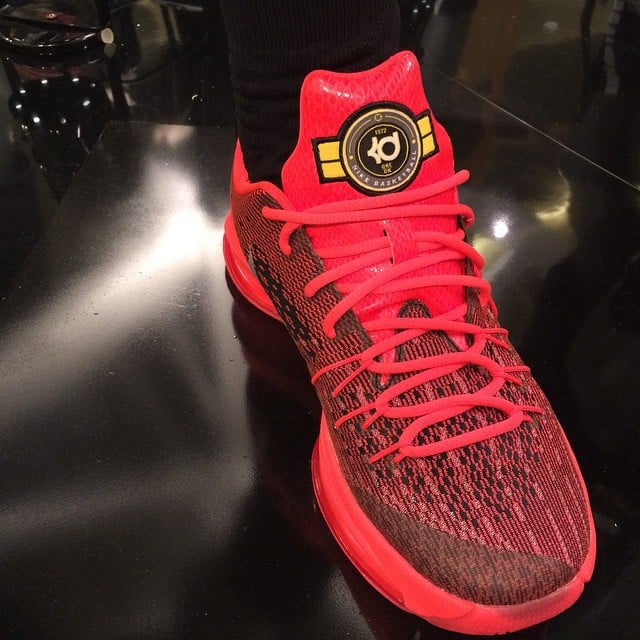 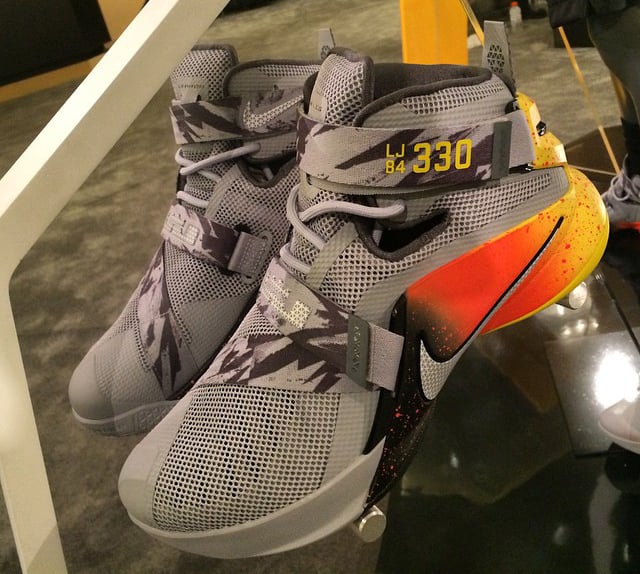