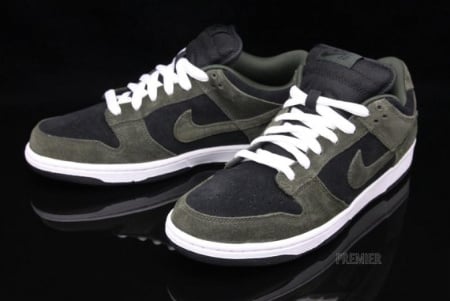 Yesterday you guys got a preview of two new Nike SB dunks that are expected to drop later this month. Happens to be that one of those Dunks are the Nike SB Dunk low ‘Un-loden’. Dubbed ‘Un-loden’ due to its similar colorway to an 2002 Nike SB dunk low, the Nike SB dunk ‘Loden’. Much like ‘Lodens’ this Dunk low features an all suede upper, with a dark army suede on the toe, eyelets, swoosh and heel panels. A clean black suede can also be seen taking place on the toebox and side panels, while white laces, and a white midsole helps to contrast the shoe. The Nike SB Dunk low ‘Un-loden’ should be hitting Nike SB retailers soon, but in the mean time continue after the jump to get a better look at this shoe. via Premier. 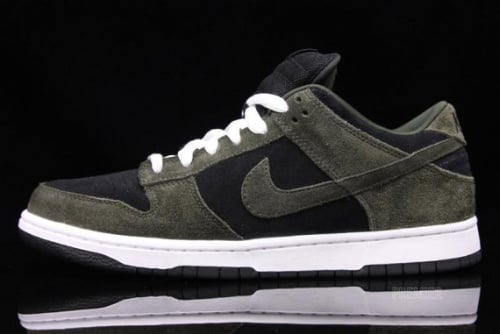 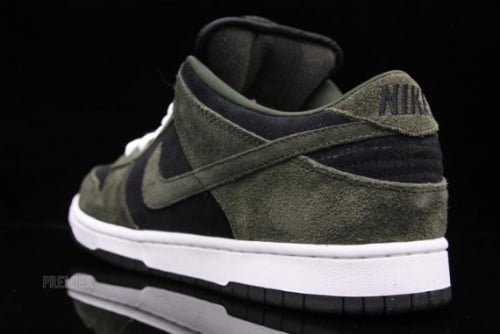 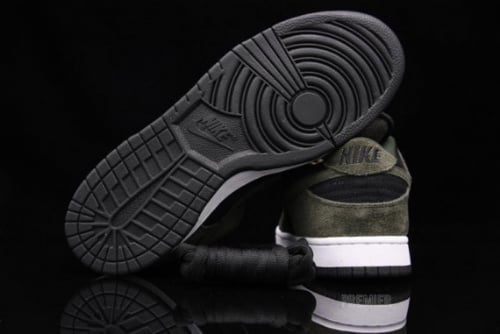