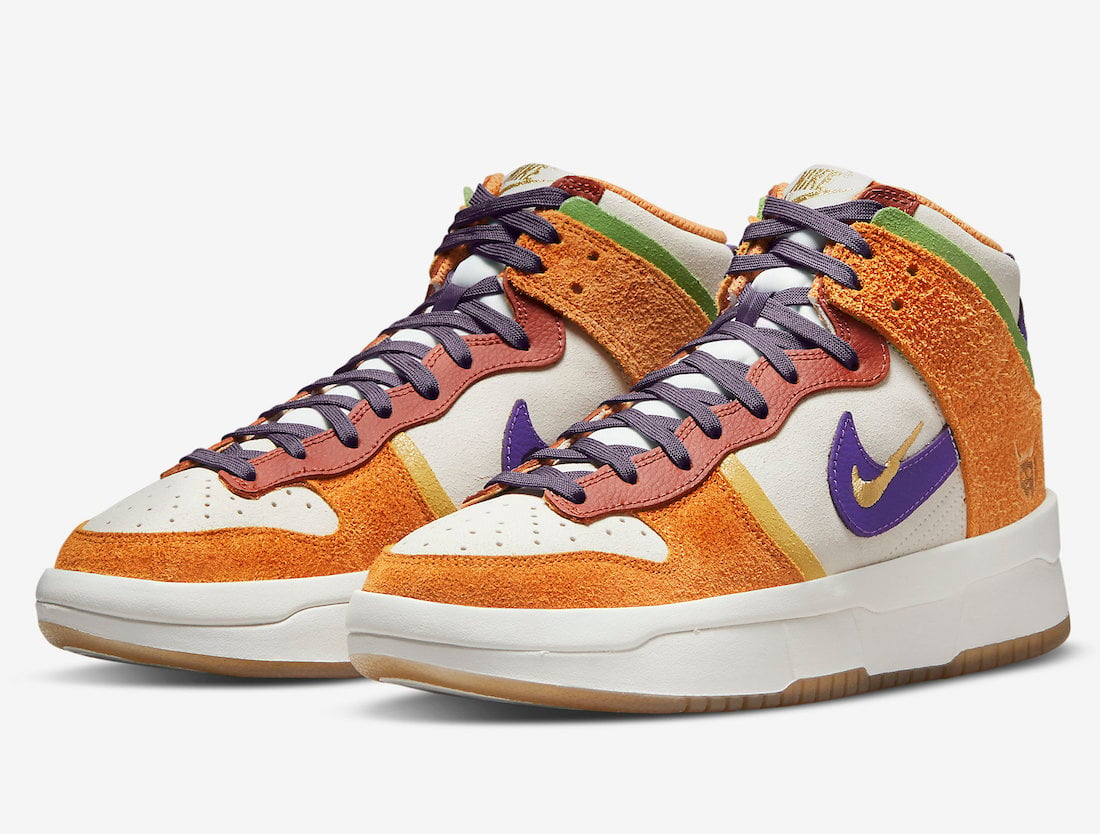 Launching alongside the Nike Dunk Low, Nike will also debut a ’Setsubun’ iteration of the Dunk High Up, which is a women’s model.

This Dunk High Up represents Japanese mythology, the Seven Lucky Gods, also known as Seven Gods of Fortune, that are believed to grant good luck and are often represented in netsuke and in artworks.

Looking closer, this variation of the Nike Dunk High features long hair suede in Orange on the overlays while Purple leather adorns the Swoosh with a mini Gold Swoosh. Just like on the Dunk Low, this pair has the same ‘demon’ on the lateral heel. White hits the midsole and outsole with semi-translucent trimming. The best part of this pair is the insoles. It features Kuniyoshi Utagawa’s depiction of Japan’s Seven Lucky Gods (Ebisu, Hotei, Benzaiten, Bishamonten, Daikokuten, Jurōjin, and Fukurokuju).

Continue to scroll below for more photos of the Nike Dunk High Up ’Setsubun’ that will give you a closer look. A release will take place in Asia on January 30th. Following, a stateside drop in women’s sizing will take place on March 16th. The retail price is $145. 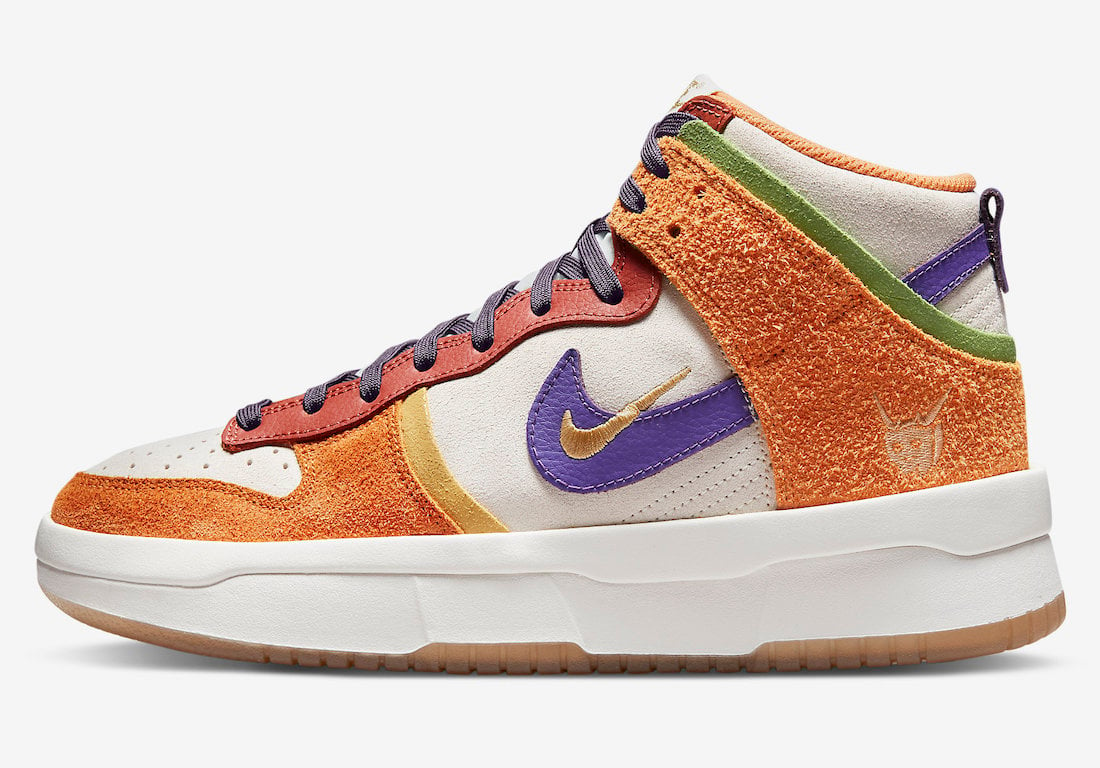 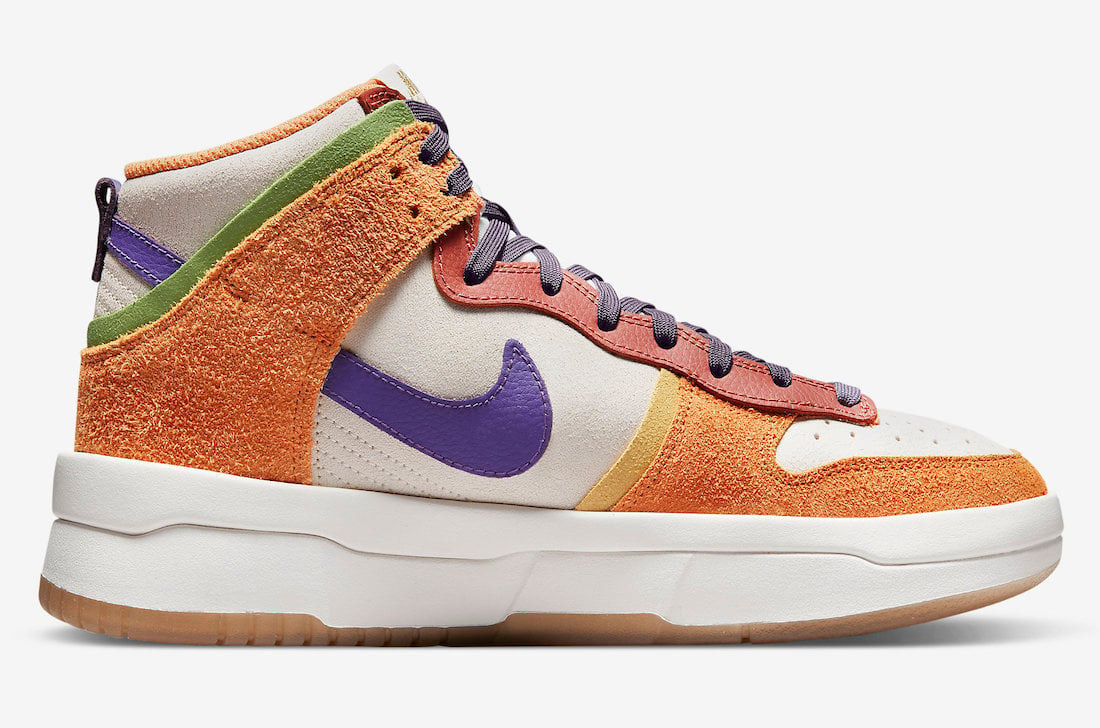 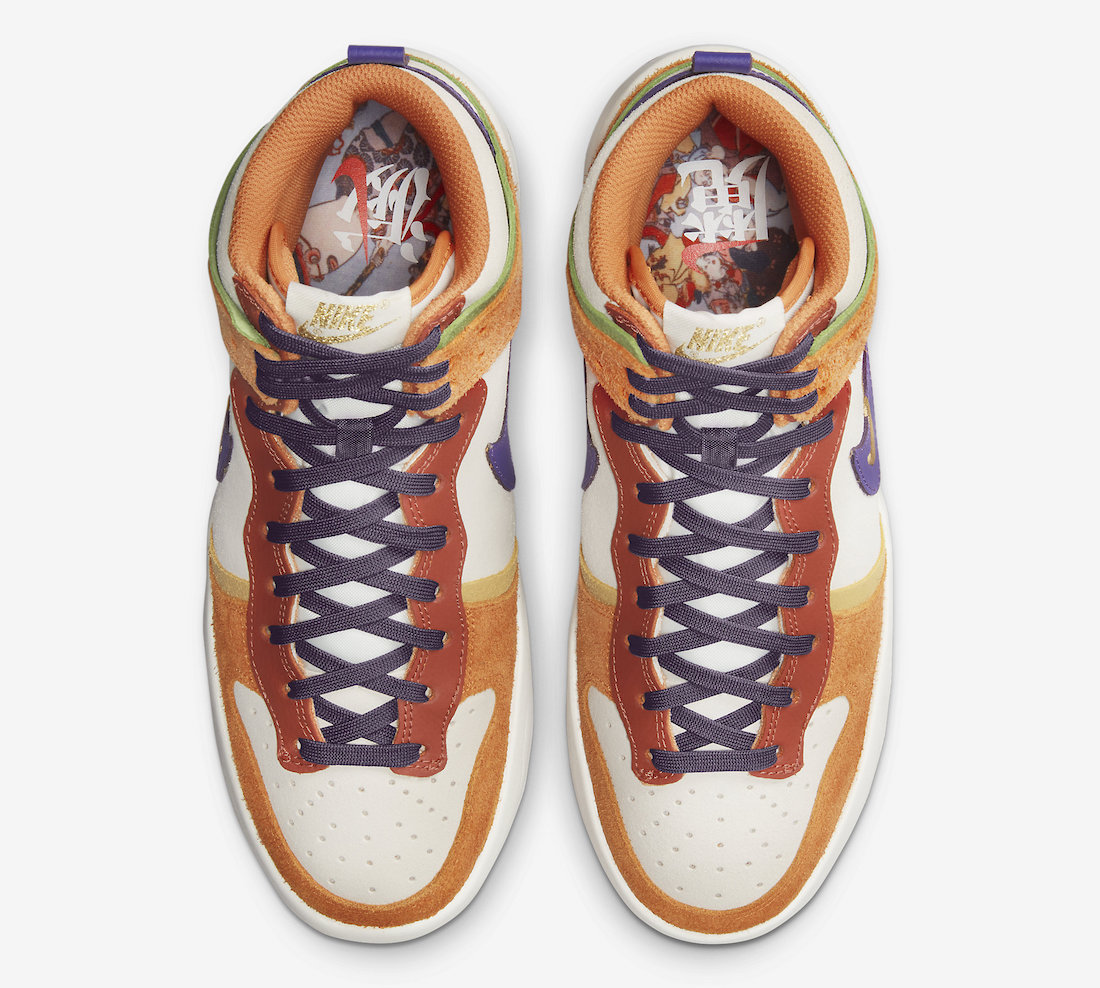 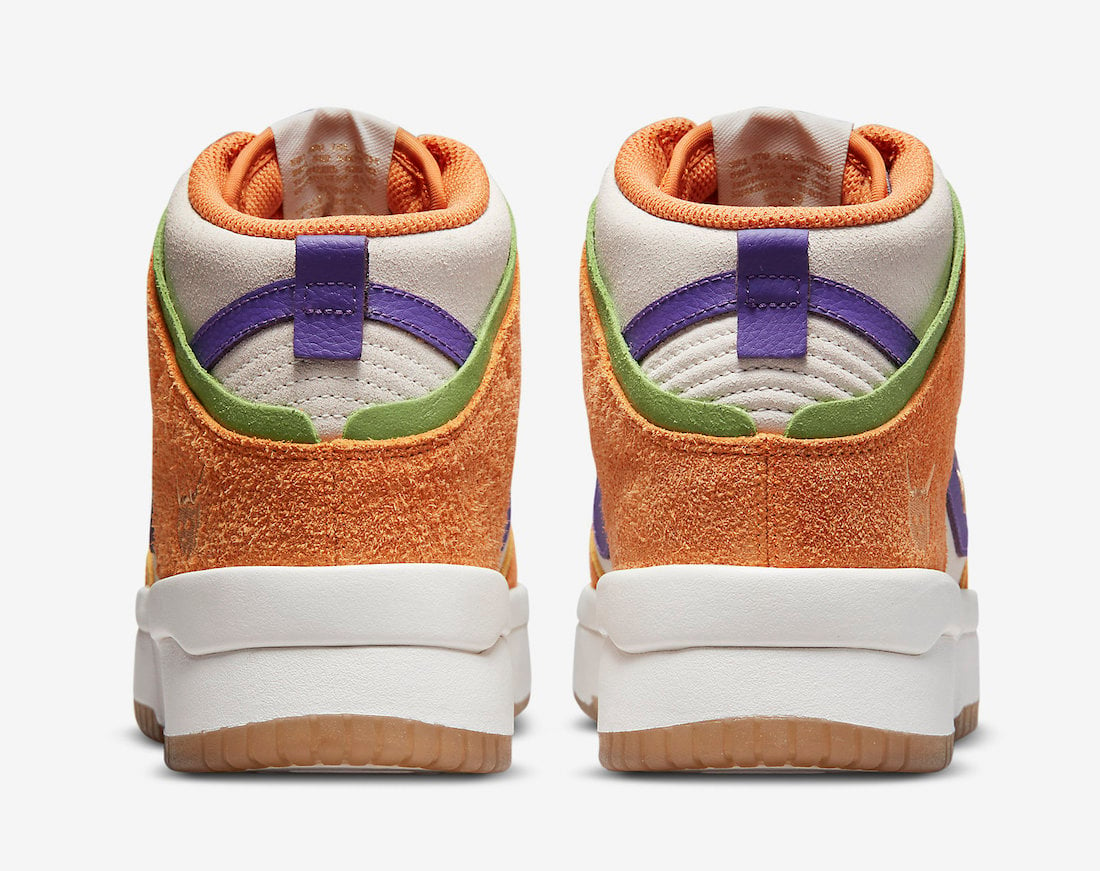 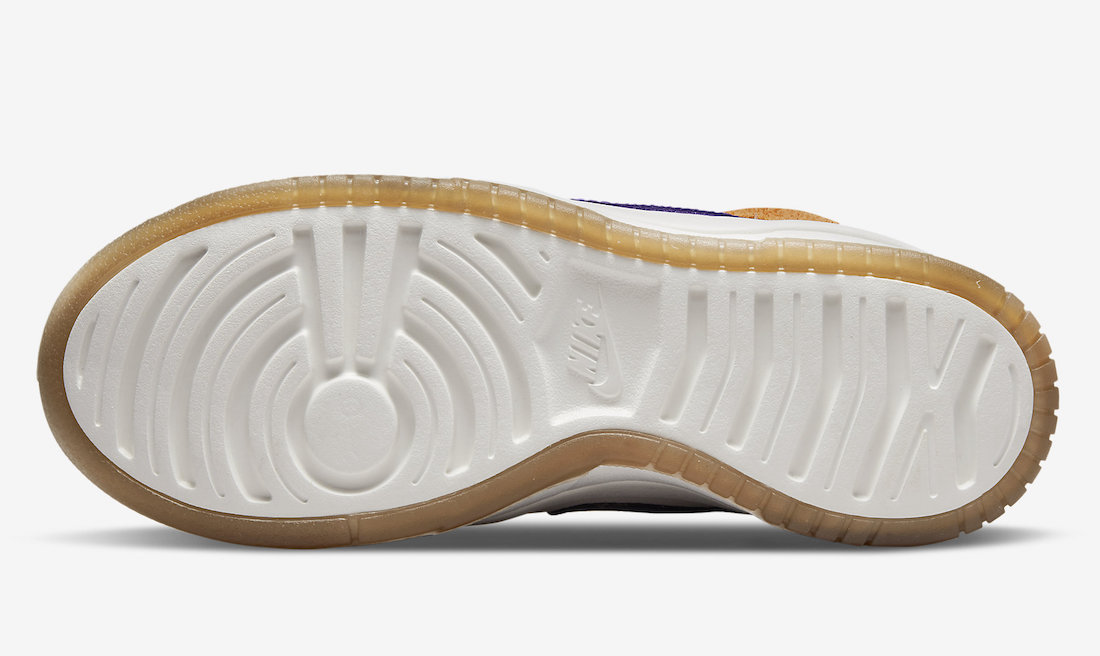 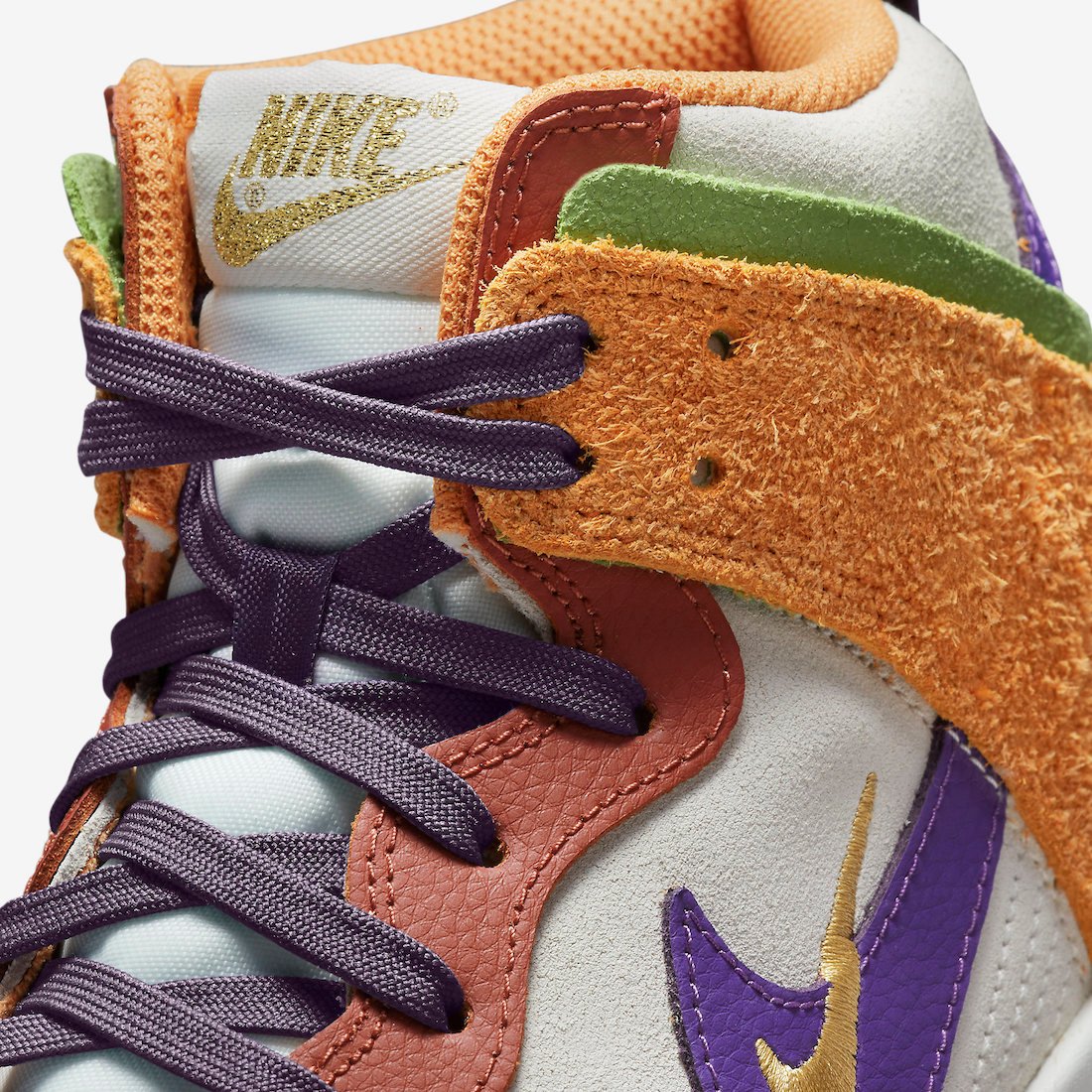 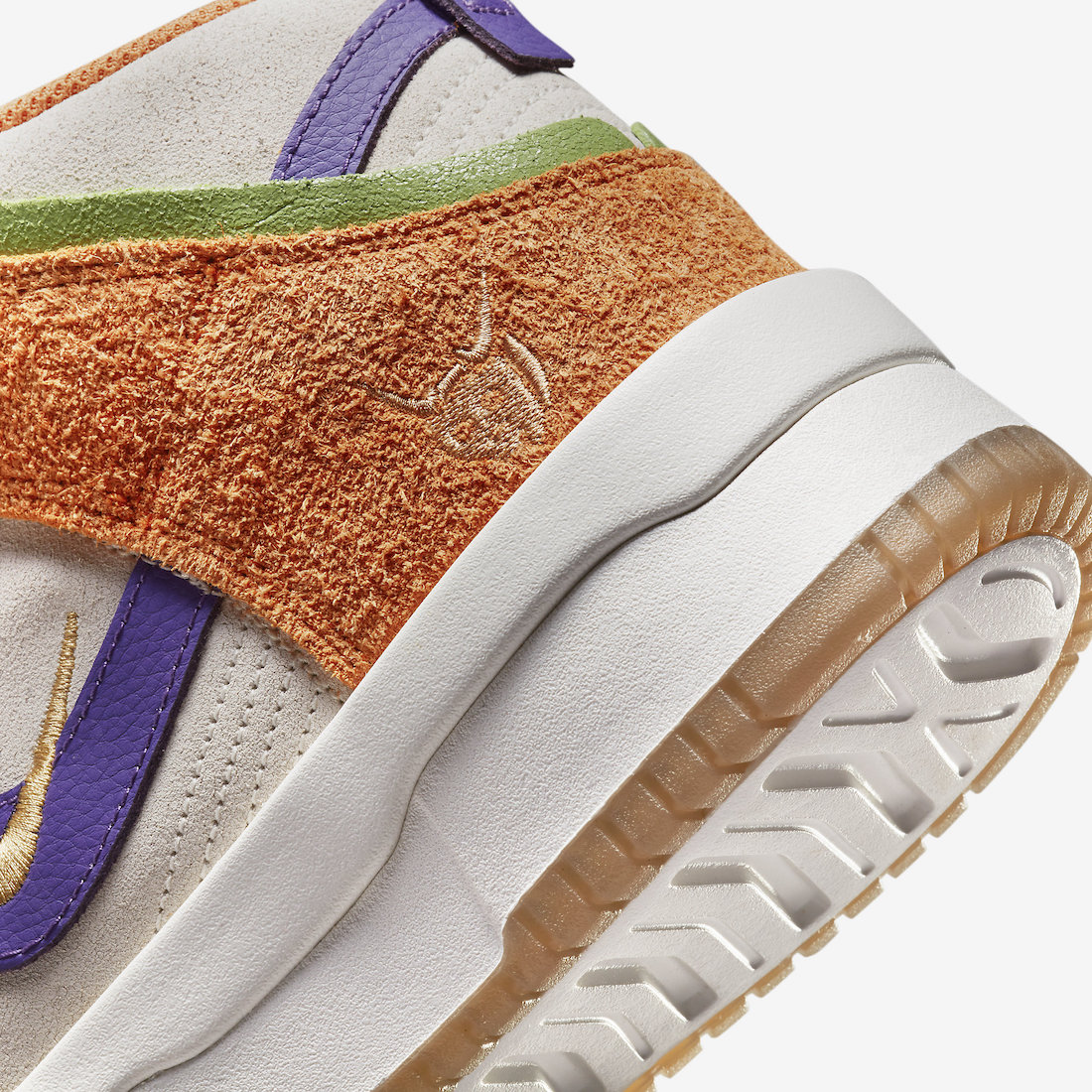 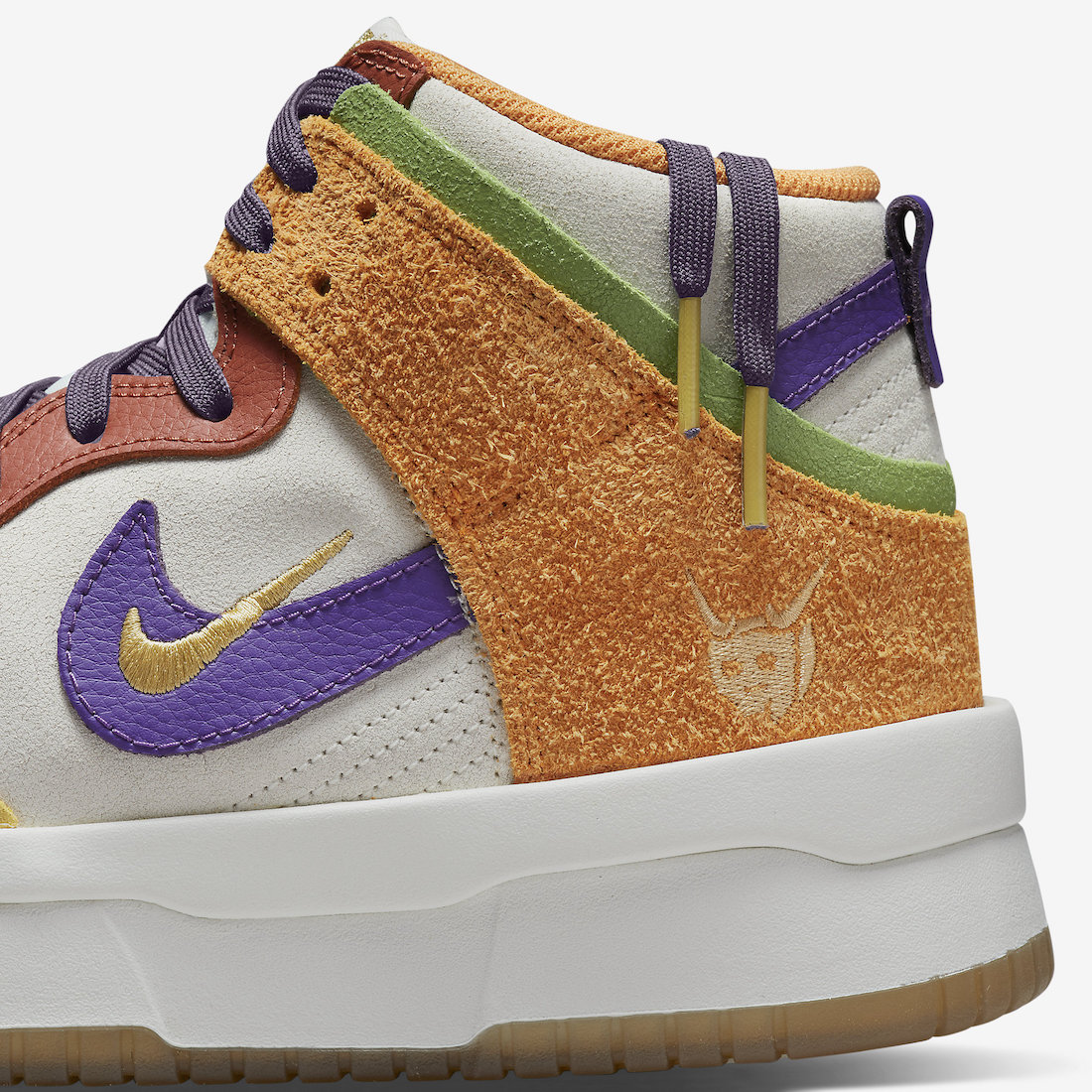 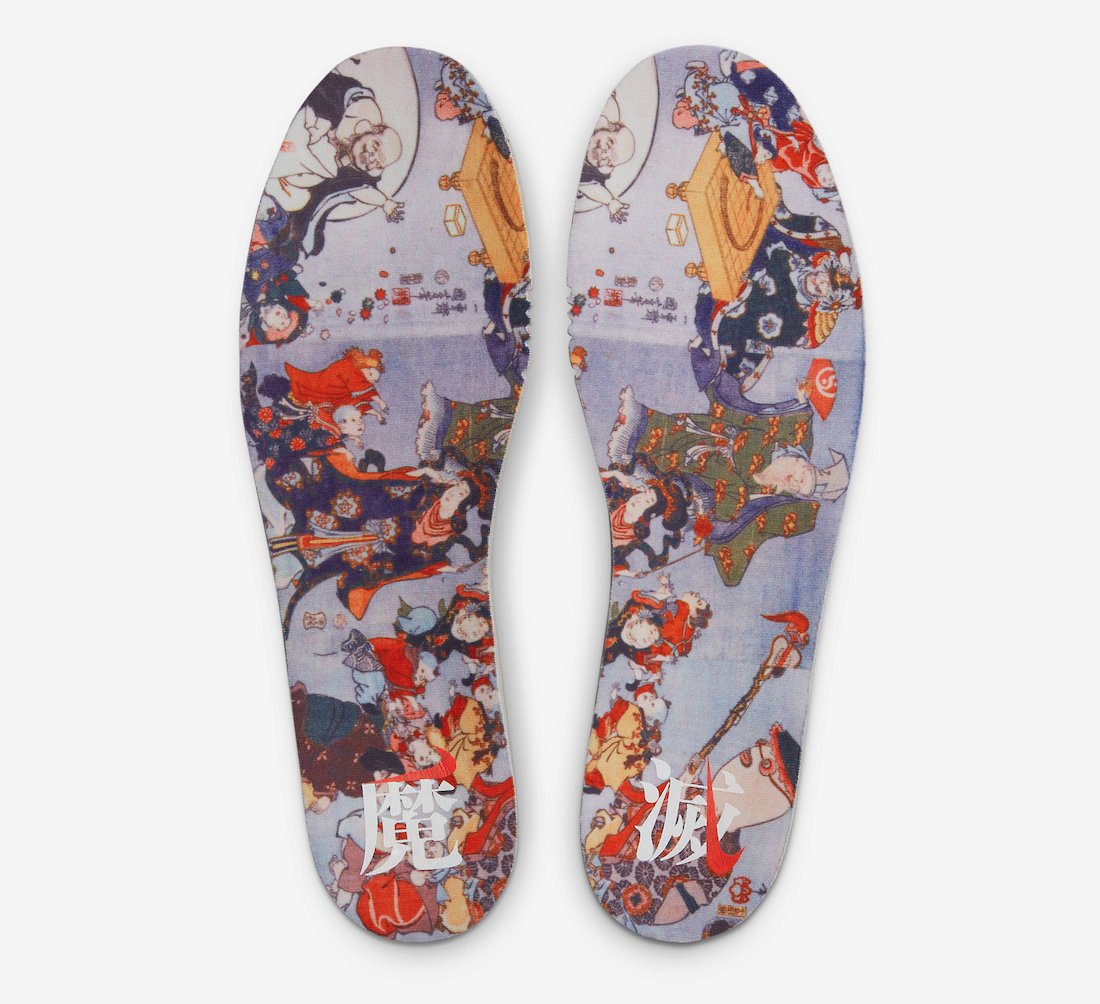 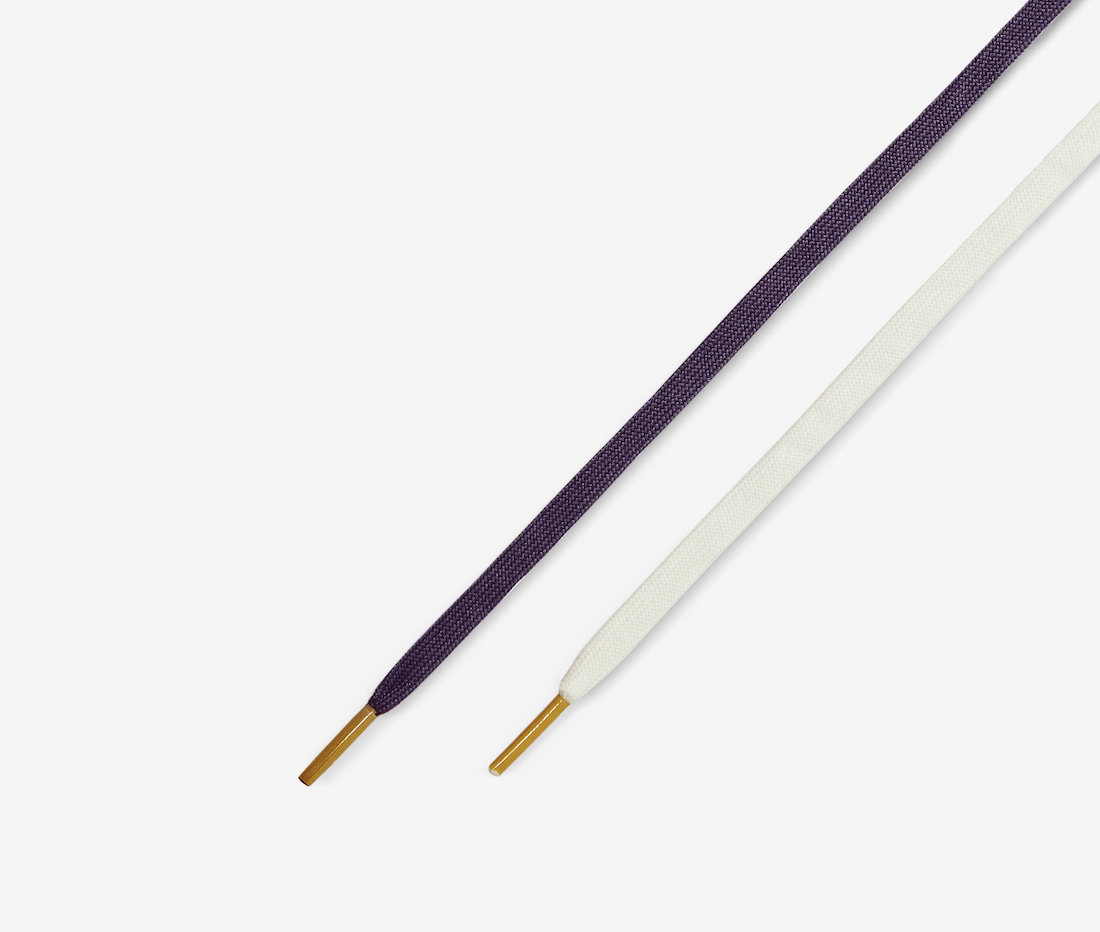