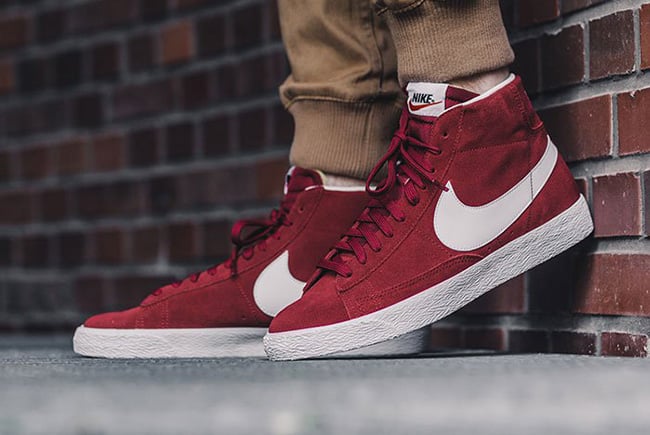 Team Red must be the color from Nike Sportswear for Fall as we have another look at a retro release. Shown is the Nike Blazer Mid Premium ’Team Red’.

The latest Nike Blazer Mid to hit the scene is dressed in Team Red, White and Gum Light Brown. Keeping things simple, the shoes feature a suede upper that extends across the tongue. As you can see, the base is dipped in Team Red which also wraps the heel and covers the laces. In addition we have White which lands on the Nike Swoosh, liner, tongue tab and midsole. Completing the look is Gum running through the sole.

Continue to scroll below to get a closer look at the Nike Blazer Mid Premium Team Red which shows you how they look on feet. They are now starting to release at Nike Sportswear retailers overseas which includes Overkill. Retail price is set at €99.95 which comes out to be about $112 USD. Expect additional retailers to have them shortly. 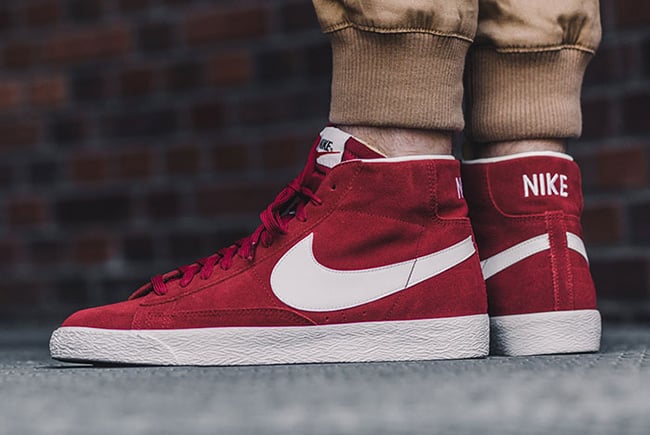 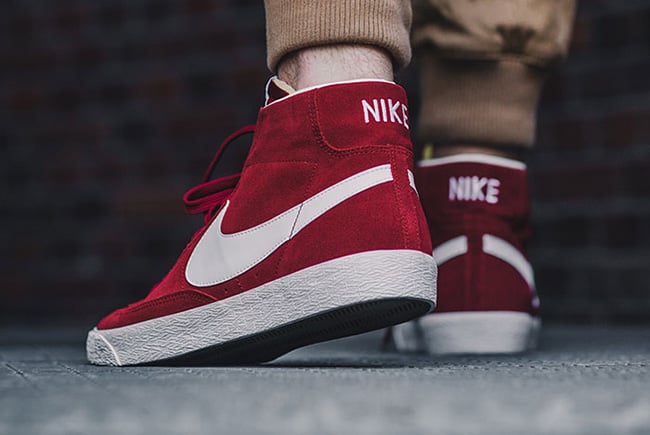