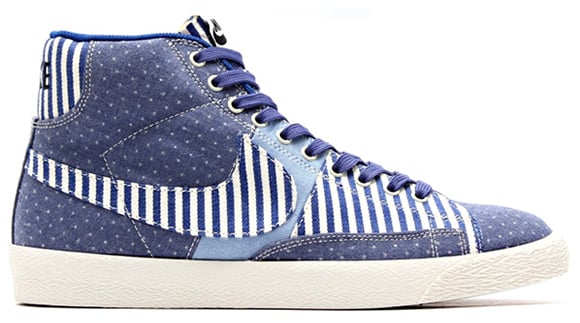 Nike is releasing some nice themes surrounding the Blazer, a classic that went into the vault with minimal releases since 2008. Now it appears they are attempting to make them the new “AF1”, well not that many pairs but it is nice to see the Blazer getting some love.

One pair that will release and in fact has hit a certain retailer is the Nike Blazer Mid featuring a blue legend and sail colorway. The creativeness is shown by using polka dots, stripes and even denim on the uppers.

You can scoop the Nike Blazer Mid ‘Legend Blue/Sail’ now at atmos. 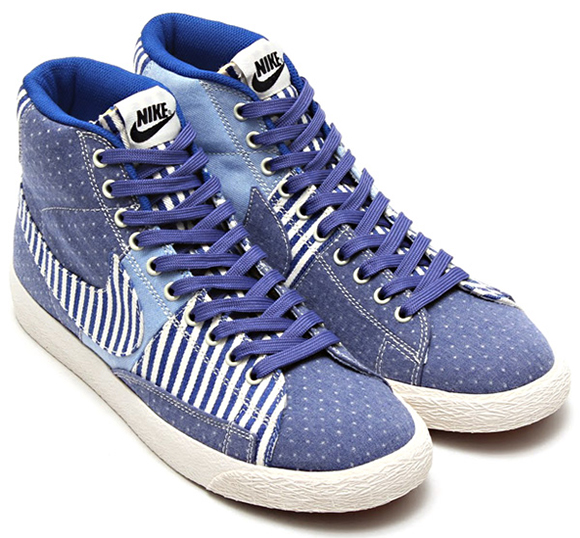 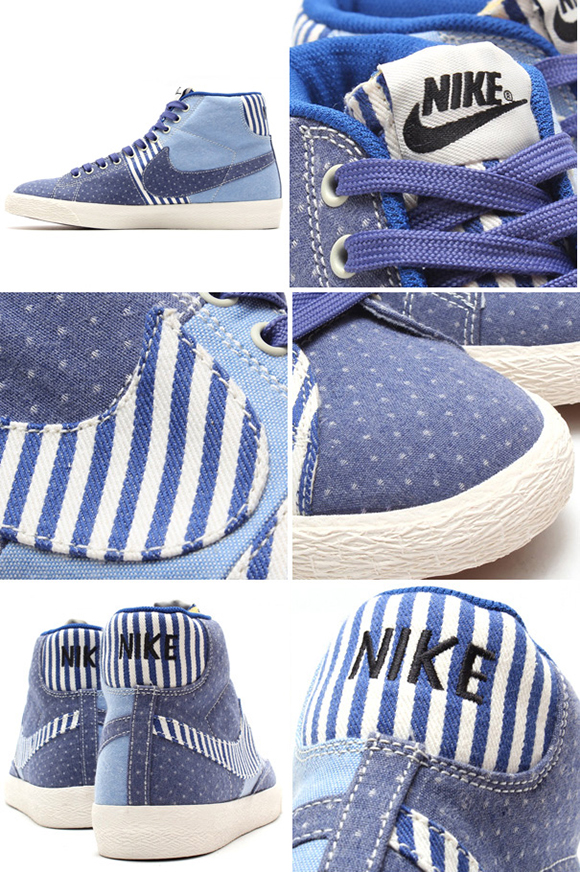