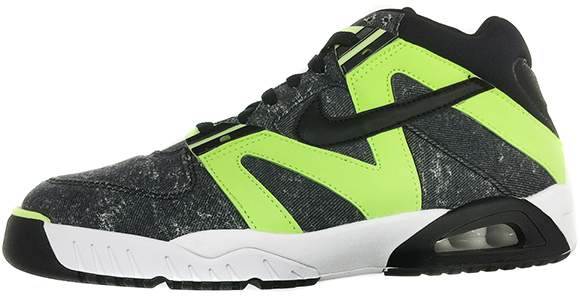 Some big surprises for fans of the Air Tech Challenge 3 in 2015, as the brand will bring back original color ways as well as all new make-ups. Today we have a glance at what is being called ‘Washed Denim’, as the majority of the uppers feature the nicknames material. Black is used on the toe cap, heel and around the air unit while parts of the upper dawn green.

You can expect the Nike Air Tech Challenge 3 as well as the Washed Denim to start rolling out Fall 2015.