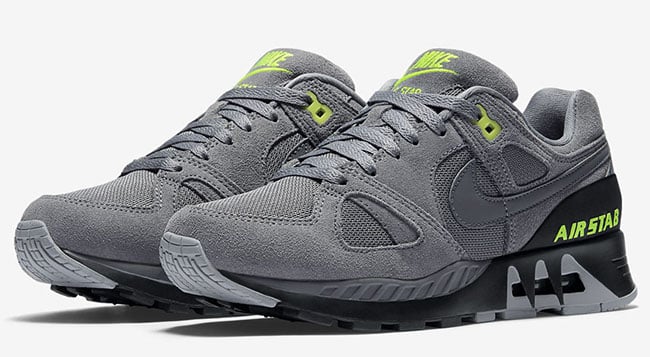 The Nike Air Stab Neon is yet another model to take inspiration from the 20th anniversary of the Air Max 95, specifically the Neons.

The Air Stab hit retailers back in 1988, which released before the AM95. While the shoe has a following, it’s mainly based in Europe.

Construction used goes back and fourth with suede and mesh. Throughout the uppers is the use of cool grey with black hitting the midsole. Dripped in is light grey that is used by the air unit and briefly on the outsole. Finally we have volt being placed on the branding and Air Stab written by the heel.

Below you can check out more images of the ‘Neon’ Nike Air Stab. They aren’t available in the states just yet, but should be showing up to Nike Sportswear accounts coming soon. Once they release, we will make sure to let you know. 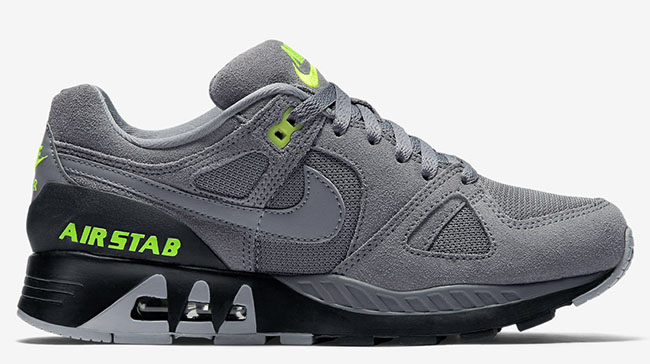 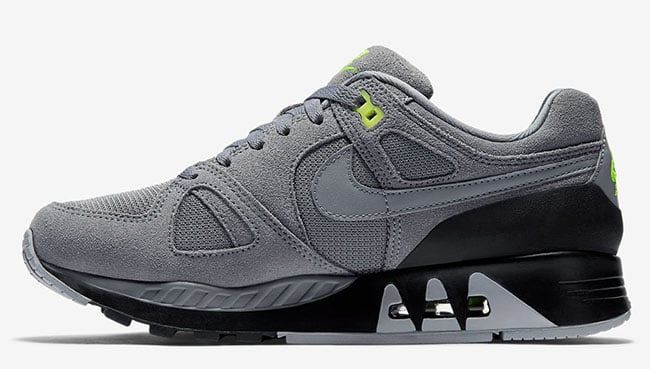 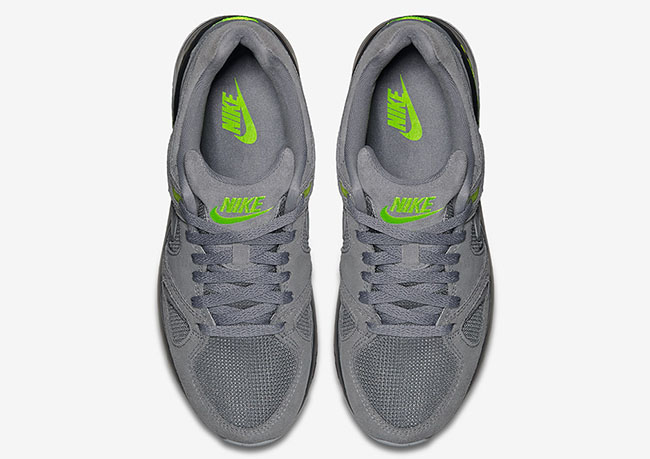 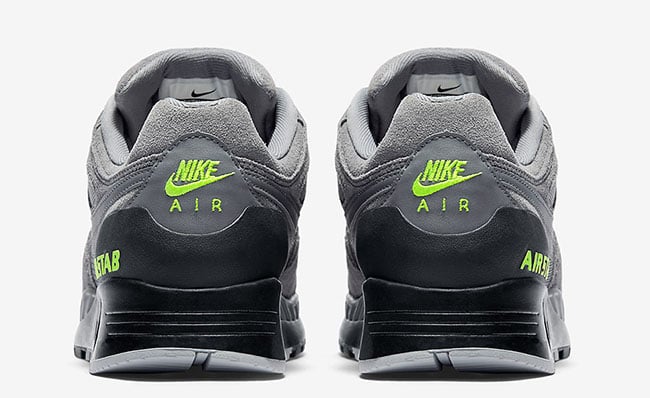 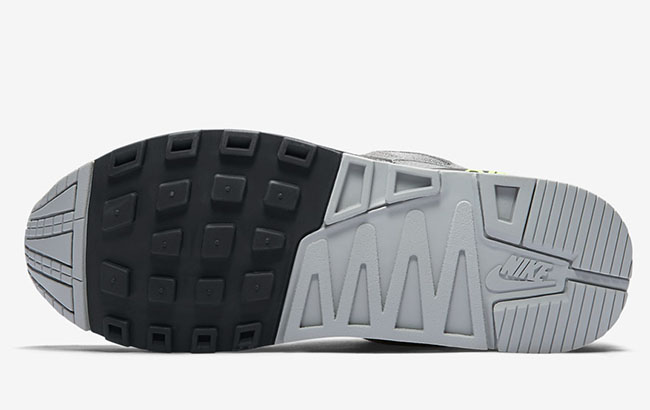