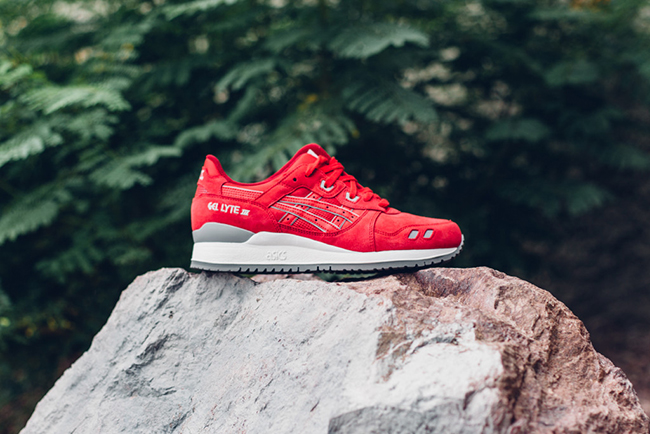 Asics had formed a new pack, known as the Puddle. The first model to show up is the Gel Lyte III using a red theme. There will be more pairs launching in the Asics Gel Lyte III Puddle Pack.

This time around Asics went with a full suede upper instead of the smaller details. Hits of grey are seen accenting the branding, eyelets and wrapped around the heel. Finally taking on a traditional approach is white running through the midsole.

We have a handful of images below of the ‘Puddle’ Asics Gel Lyte III Pack, which is only the red edition for now. They are now starting to show up at Asics retailers which includes Feature. Retail price has been set for $120. 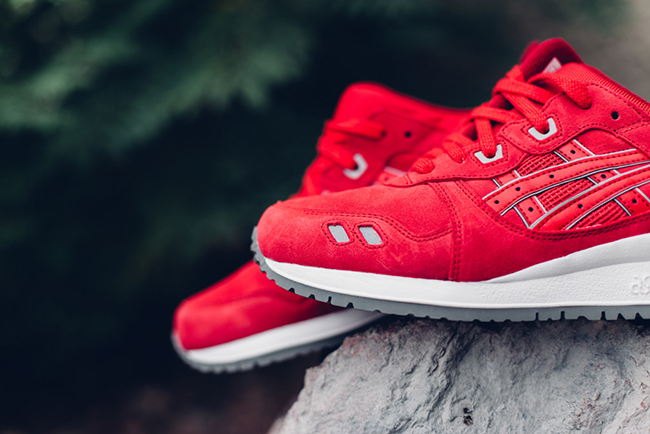 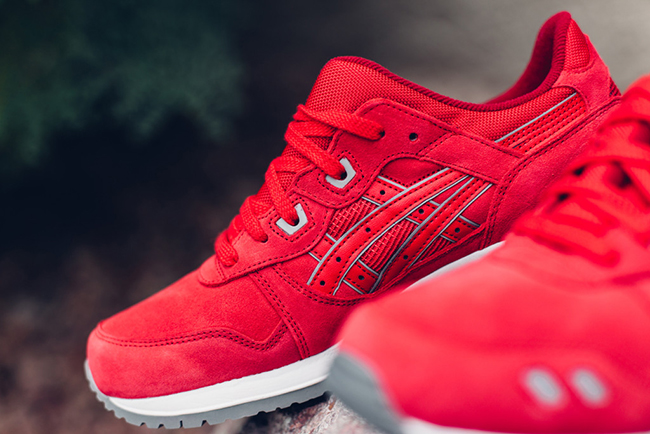 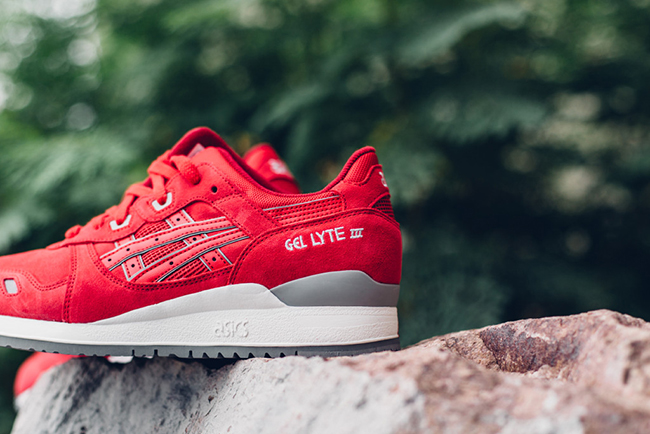