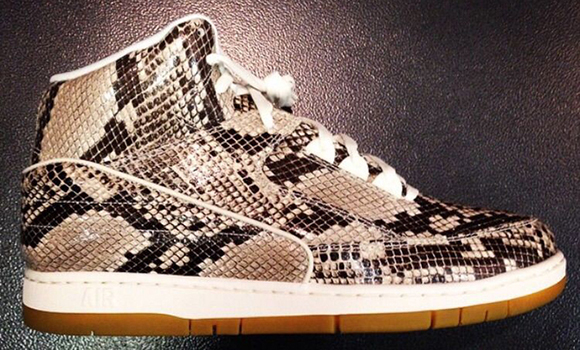 What we expected would happen sooner or later, the Nike Air Python would get a full Snakeskin treatment. Typically the retro releases of the Air Python come boosting a monochrome look and now that will change.

Utilizing both the Air Python and SP, this pair contains a snakeskin upper with a solid white midsole, eyelets and laces. For added style points the brand opted for a gum outsole and sole.

Apparently some retailers are already selling the Snakeskin Nike Air Python but no word when they will land on Nike.com.