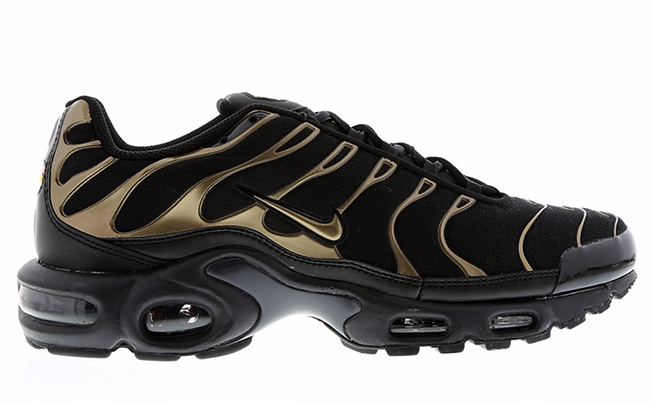 The Nike Air Max Plus has continued to flow in a wide range of colorways and even new looks. As of now it doesn’t look the brand has any plans on slowing down which to many is a good thing. The latest edition that is now available is the Nike Air Max Plus Tuned 1 ‘Metallic Cacao’.

Using predominate black throughout which includes the uppers and midsole while done in ripstop material. Giving them a nice touch is the addition of Metallic Cacao seen running through the fingers and hinted on the sole.

Bellow you can get a better look at the ‘Metallic Cacao’ Nike Air Max Plus Tuned 1 and for those that reside overseas, Foot Locker UK has recently released this pair. If you are based in the states, this model won’t be landing here, however you might be able to score a pair on eBay. 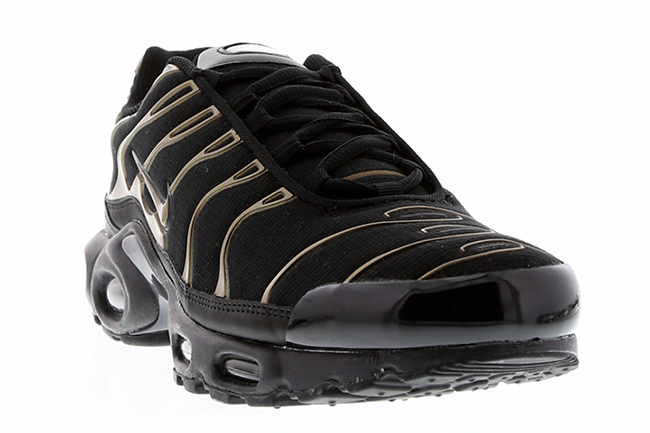 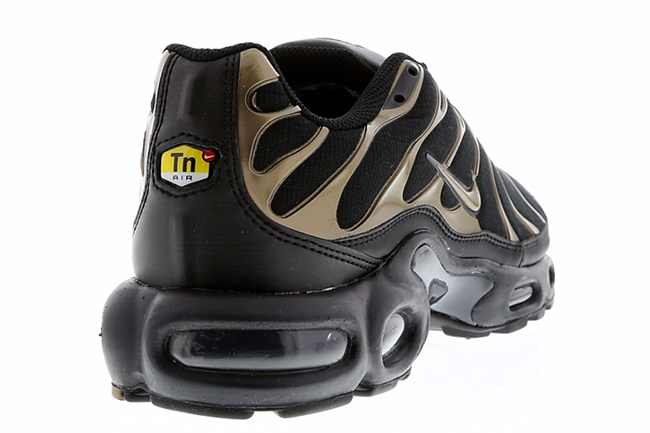 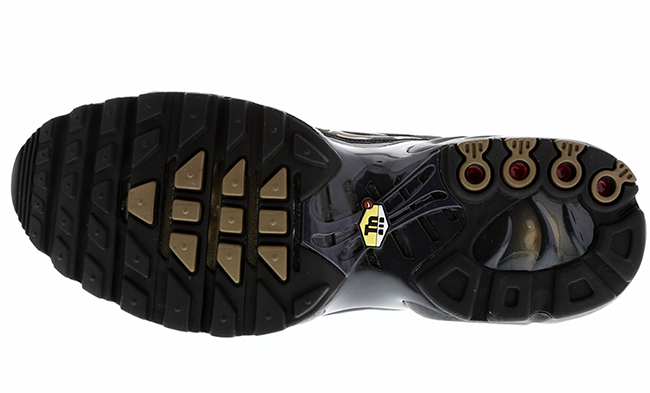