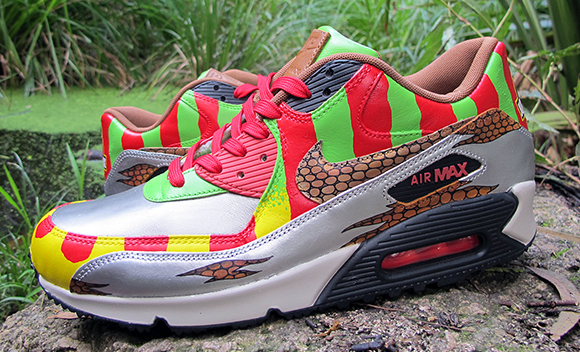 With Jurassic World releasing in June, Sekure D was commissioned to customize a pair of Nike Air Max 90s for the movie. Instead of basing this custom on the newest movie, he goes back to the first movie, Jurassic Park.

The Jurassic Park Nike Air Max 90 custom is inspired by the scene where the T-Rex goes after the parks residents in the explorer vehicle. The uppers will use explorer green to yellow with red stripes. Around the mudguard and Swoosh reptile skin for the T-Rex. Surrounding the the reptile skin on the mudguard is four different metallic colors so when the light hits, it shimmers. Instead of the Nike branding on the heel, Sekure D replaced it with the Jurassic Park logo.

Another awesome job by Sekure D. Would you cop if Nike released them? 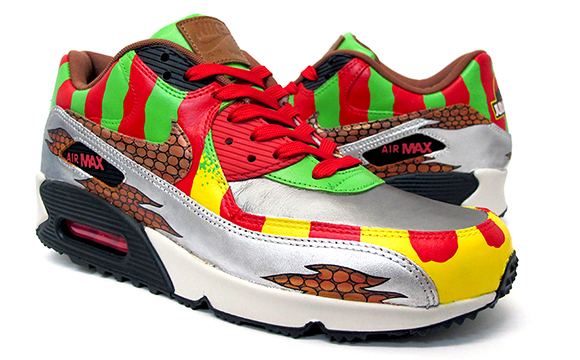 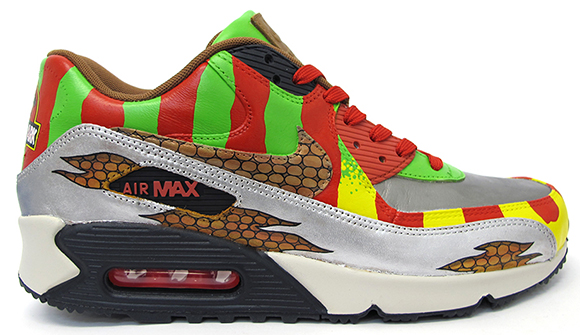 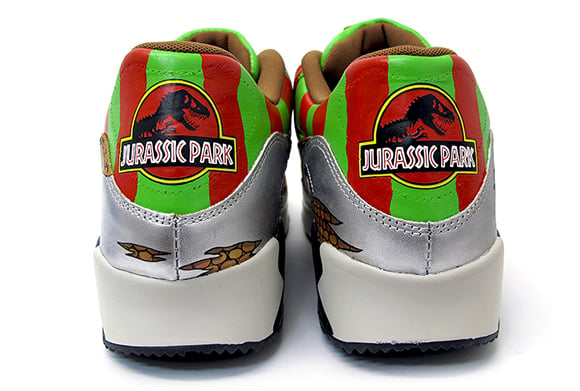